No major crime in Metro Manila during Pacquiao fight

May 3, 2015 5:36 PM PHT
Bea Cupin
Facebook Twitter Copy URL
Copied
But 2 men are shot dead in separate incidents in Batangas and Cagayan de Oro, a person is stabbed in Samar, and another person is hit by a stray bullet in Laguna 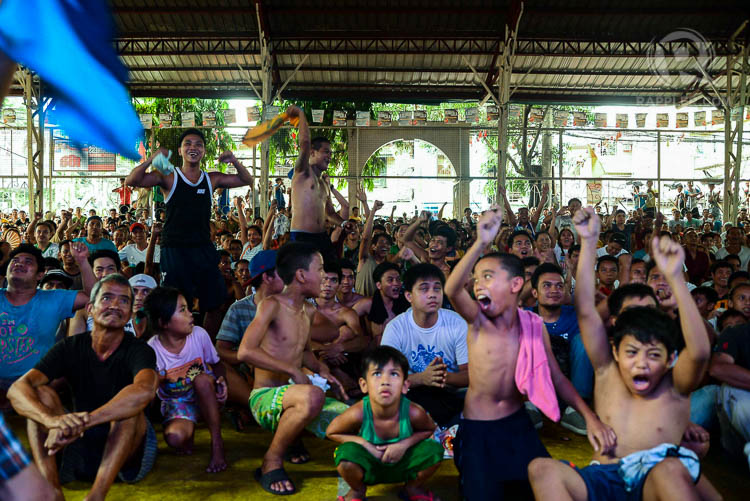 The Philippine National Police (PNP) on Sunday, May 3, reported “no major untoward incidents” in the National Capital Region during the highly-anticipated match between Filipino boxing champion Manny Pacquiao and American Floyd Mayweather Jr.

“Police units in Metro Manila reported no major untoward incident between 9am and 3pm today during the Pacquiao-Mayweather fight,” the PNP said in a statement released around 4:30 pm, hours after the fight, held in Las Vegas, USA, ended.

Pacquiao lost to Mayweather in a unanimous decision.

Major streets in Metro Manila were devoid of traffic in the hours leading up to the fight – a rare sight in the congested Philippine capital.

But other parts of the Philippines weren’t as peaceful.

In Tanauan city, Batangas, an unidentified gunman killed a certain Ronnel Villarosa of barangay (village) Pantay Bata at around 10:45 am. In Sta Cruz, Laguna, Julia Isagon Dela Peña was hit by a stray bullet by an unidentified man. Dela Peña has since been brought to the hospital.

At around 11:50 am, two unidentified suspects tried to grab the car keys of Nestor Corrales in Cagayan de Oro City but he resisted. The armed men then shot Corrales dead.

In Catbalogan city, Samar, Alejandro Catienza, a fish vendor was stabbed and later brought to the hospital.

Pacquiao matches typically result in a low to zero crime rate in most parts of the country, with many Filipinos crowding houses, theaters, restaurants, barangay halls, and other public areas to watch the fight.

At the PNP headquarters in Camp Crame, it was no different. Some 1,400 police personnel and their families watched the fight live inside the Multipurpose Center, through screening sponsored by ABS-CBN, LG Electronics, and the Public Safety Savings and Loan Association, Inc. 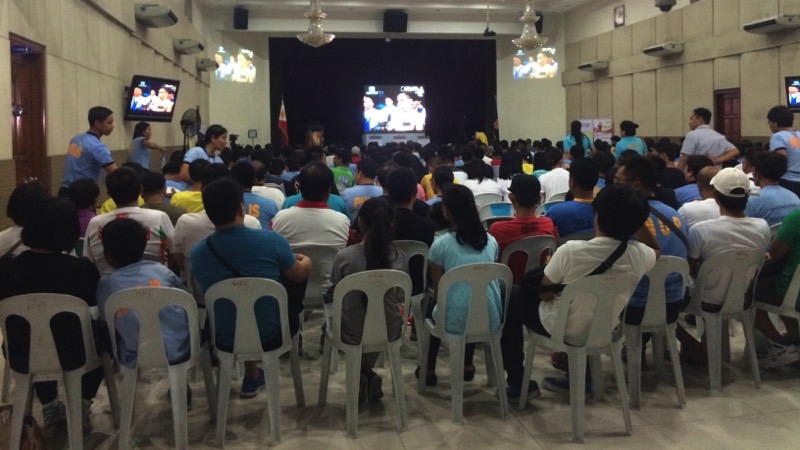 PNP spokesman Senior Superintendent Bartolome Tobias said the 150,000-strong police force “congratulates [Pacquiao] for bringing pride to the country by putting up a great fight against the undefeated [Mayweather].”

The Multipurpose center, police personnel – senior officers, young officers, enlisted personnel, and non-uniformed personnel, and their families – gathered to cheer for the “People Champ,” gasping with every punch Pacquiao made and received.

The crowd only turned a little more sober towards the end of the fight, as it became clear that Mayweather was edging out Pacquiao.

“He fought a good fight. We all wish him well. He is still our People’s Champ despite the loss. At any rate, we respect the outcome of the fight. And look forward to another showdown between the two great boxing legends,” added Tobias. – Rappler.com