No gov’t troops around when Usman was killed

May 4, 2015 4:08 PM PHT
Facebook Twitter Copy URL
Copied
Details of how Basit Usman was killed remain sketchy. There are reports that infighting among his bodyguards, supposedly over the bounty on his head, started the firefight that eventually killed him. 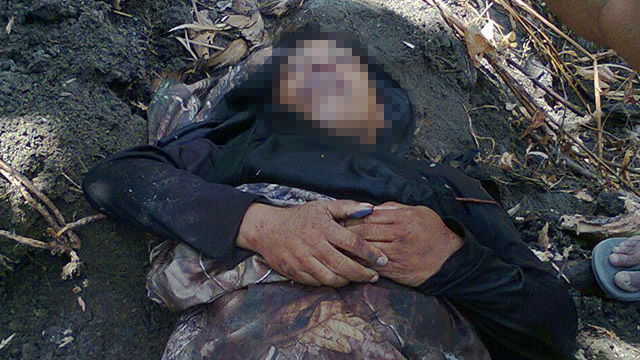 MANILA, Philippines (Updated) – When President Benigno Aquino III promised Filipinos in January that bombmaker Basit Usman would be caught, he said so within the context of what he had just given the Armed Forces of the Philippines: an order to hunt the terrorist down.

Two months later, on May 3, Malacañang announced Usman’s death. The military released a photo of Usman lying on the ground and apparently dead. His body was wrapped in a blood-soaked blanket. His right thumb had violet marks, suggesting that his thumbmark was taken.

“Compliance ito sa kautusan ng ating mahal na Pangulo (This in compliance with the orders of the President),” said AFP chief General Gregorio Catapang Jr on Monday, May 4, in a press briefing in Camp Aguinaldo.

But Usman wasn’t killed by a government bullet, and security forces were not in the area when the firefight happened in Barangay Muti in Maguindanao’s Guindulungan town.

At 10 am on Sunday, while the rest of the country was waiting to watch the Pacquiao-Mayweather bout, a firefight erupted in Barangay Muti. Citing initial reports, Catapang said it was a supposed argument over the bounty on Usman’s head that prompted it. The US Federal Bureau of Investigation had offered a US1-million reward for his arrest.

The first narrative regarding the supposed squabble over the bounty was what Catapang told reporters in Camp Aguinaldo on Monday, although he hastened to add that it is still being verified by the Maguindanao-based 6th Infantry Division.

“I am confirming the death of Basit Usman, the terrorist-bomber who is responsible for the countless deaths of civilians in a series of bombings in Mindanao. Reports reaching this headquarters revealed that Usman and 5 of his unidentified cohorts were killed in a shootout allegedly with fellow members of his group in Sitio Takeneken, Bgy Muti, Guindulungan, Maguindanao at about 10:00am yesterday,” Catapang said.

Usman’s bodyguard is a military asset

The AFP chief said the government offensive that put pressure on the terrorist played a key role in Usman’s death. After two months of military operations, he said Usman grew increasily insecure and began to distrust his own bodyguards.

“If the whole armed forces is running after you, your world gets smaller every day. Usman had to move around every 6 hours. He had to move somewhere else. That was how insecure he was,” Catapang said.

A military source privy to operations on the ground said one of Usman’s bodyguards had been providing the government information on Usman’s locations. He also supposedly instigated the infighting among Usman’s men. He was among those who was killed on Sunday. 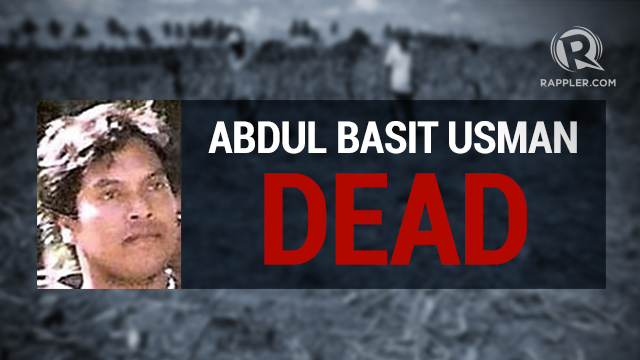 Catapang also acknowledged the MILF’s assistance in providing information on Usman and the other members of the BIFF.

Usman was the other high-value target in the January 25 operation of the police Special Action Force (SAF) that killed Malaysian bombmaker Zulkifli bin hir or “Marwan” but also 44 of the elite cops.

Catapang told Rappler in an earlier phone interview that Usman’s death should help put “closure” to the Mamasapano incident and help in the peace effort.