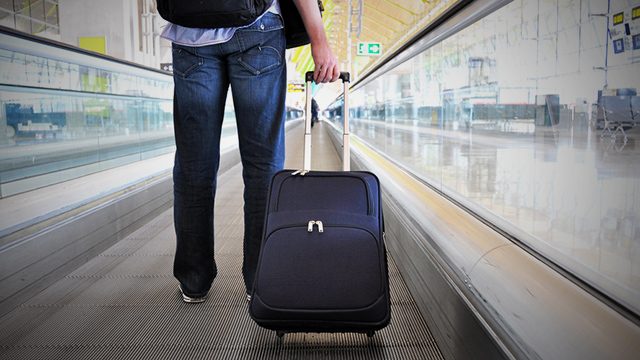 Facebook Twitter Copy URL
Copied
The mega-recruiter can act as the employer of domestic workers, instead of the households that employ them and, as visa sponsors, often oppress them

MANILA, Philippines – The use of mega-recruiters or large-scale recruitment entities in Gulf states is “a system worth trying for domestic workers” to counter the ill effects of a visa sponsorship set-up that has oppresed many migrant workers, Philippine Overseas Employment Administration (POEA) chief Hans Leo Cacdac said.

Under the Kafala visa sponsorship, the employer’s consent is needed before a migrant worker can change jobs or be granted an exit permit to go back to his or her home country.

With the visa status of an overseas Filipino worker (OFW) dependent on his of her employer, the threat of deportation looms.

“One must fully understand the Kafala system before one goes, say, as a domestic worker, even just an ordinary worker in the Middle East,” Cacdac said.

New York-based Human Rights Watch (HRW) had reported that this system of having employer-sponsors as a prerequisite for OFWs to stay in a Gulf state and acquire a work permit enables employers to exploit migrant workers and gain “inordinate control” over them.

Migrant workers are forced to give in to demands of unpaid or involuntary labor, among others, just to obtain the necessary permit from their employer. (READ: Qatar to junk oppressive visa system for OFWs)

Cacdac explained that mega-recruiters can especially help in these instances. He said the mega-recruiter can act as the employer of domestic workers, instead of the household employing them.

“It’s easier to deal with a mega-recruitment [agency] as the employer, because then we could hold them accountable,” said Cacdac.

“We have decided to test this system [in Saudi Arabia] because it may be a system that will bring us toward addressing the ill effects of Kafala,” he said in an interview with Rappler. (LISTEN: PODCAST: Ethical recruitment of OFWs)

Mega-recruitment agencies, unlike the foreign placement agencies operating in a smaller scale, can act as Kafeels under the Kafala system given their capitalization, Cacdac explained.

These large agencies will then deploy the migrant workers to their respective job posts.

In a 2013 statement announcing a list of accredited mega-recruiters in Saudi Arabia, the Department of Labor and Employment (DOLE) explained the work of these agencies.

Among the responsibilities of mega-recruiters outlined by DOLE are:

Cacdac stressed that Philippine-based recruitment agencies must clearly convey to aspiring migrant workers the realities of overseas employment, including the Kafala system in the Middle East.

“The informative side also entails information about obligations of the employer, even in a Kafala framework,” he said.

“Saudi Arabia, for instance, has its own laws where an employer should humanely treat an employee,” he added. “So even in a Kafala setup, our role in the Philippine government is to make sure that the employer fulfills his obligations under Saudi law and under bilaterally agreed agreements, such as the Philippine-Saudi agreement in May 2013,” explained Cacdac.

“The strategy is we must hold the employer true to its obligation to treat the worker humanely and in accordance with contract,” he added.

“We have held some Saudi employers responsible. Because under POEA rules, even if a foreign employer is abroad, beyond our reach, we can still penalize them in terms of blocking their names in our system,” he said.

In terms of punitive mechanisms, Cacdac said erring mega-recruiters’ licenses to place workers from the Philippines can be suspended.

“Everything will be stopped because current laws already discourage the continuing deployment, especially of domestic workers to employers, who had already been watch-listed or put on the negative list,” he said.

The POEA is in charge of the licensing of recruitment agencies, which screen would-be OFWs for valid job orders from destination countries. While acknowledging the need for aggressive information campaigns in the Philippines, Cacdac said “the host government must play its part to implement the obligations of the employer.”

“Even in a Kafala framework, obviously, with employer obligations, there will also be a scenario where an employer violates these obligations and this is the role of the host country to run after an employer who violates obligations,” he said. – Rappler.com

Traveler with luggage image from Shutterstock