May 13, 2015 1:40 PM PHT
Natashya Gutierrez
Facebook Twitter Copy URL
Copied
The amount is higher than the remittance in 2014 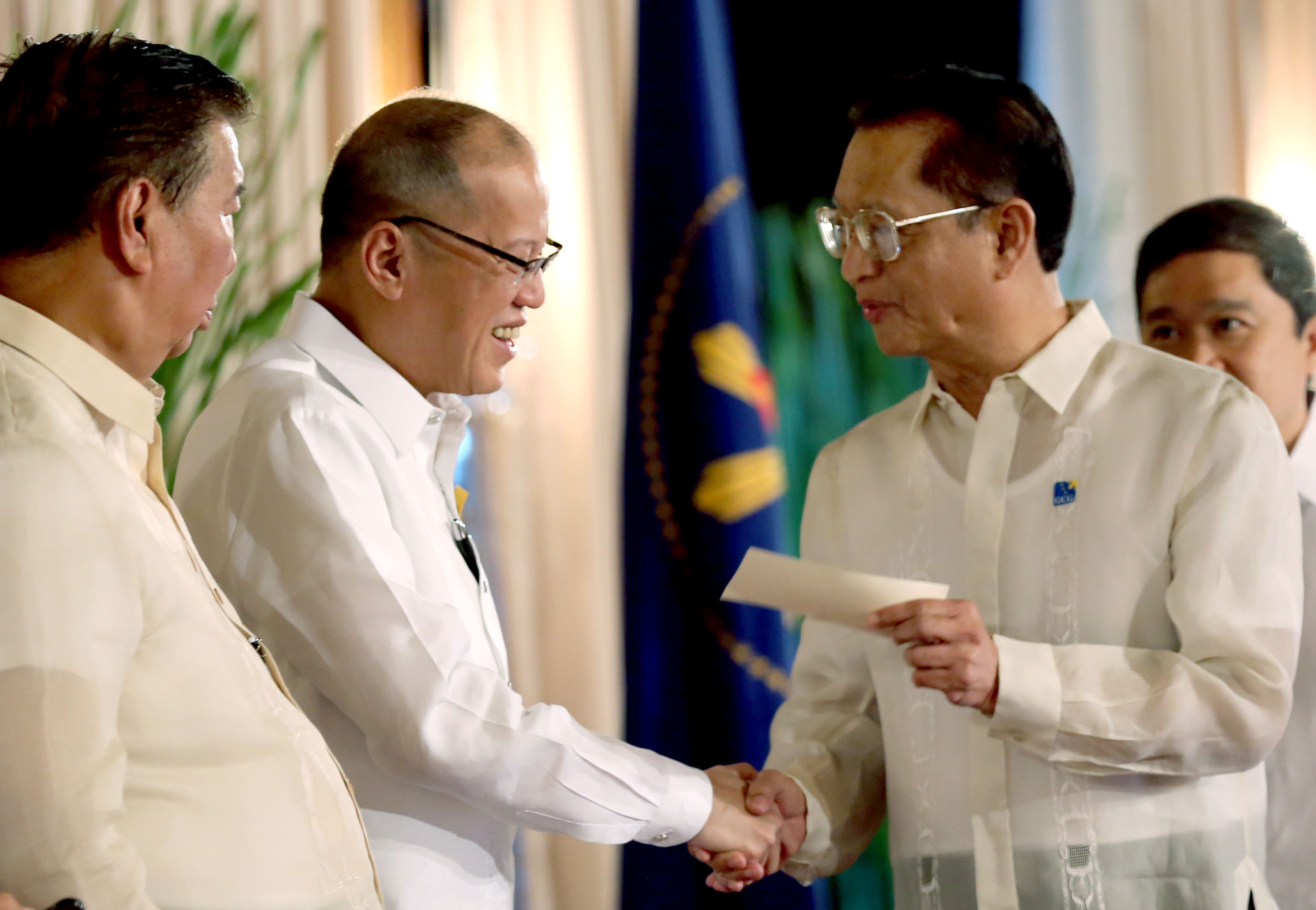 On Wednesday, May 13, President Benigno Aquino III attended the ceremonial turnover of dividends by the GOCCs to the government, wherein he praised the improvement in GOCCs’ remittances, but urged them to do more.

This is higher than the P32.3 billion  ($722 million) remitted last year, and significantly more than when Aquino became president in 2010, when remittances amounted to about P29 billion ($647 million).

Since Aquino’s administration, the Governance Commission of GOCCs (GCG) has worked to abolish non-performing GOCCs, including companies that were a source of corruption.

In his speech, Aquino said GOCCs have undergone signifcant reform.

(One anology we can use to compare how we started with the situation we inherited with GOCCs is, ‘They’re already being milked, yet they want to take beef from them too.’ And of course, the poor carabao, really won’t last in a situation like that. So we really worked hard to fix the system).

He also praised the increase in dividends from GOCCs since he came into power.

According to law, GOCCs are required to “declare and remit at least 50% of their annual net earnings as cash, stock or property dividends to the National Government” on or before April 30 every year.

In 2010, the Department of Finance started the yearly tradition of GOCC Dividends Day to recognize GOCCs for their remitted dividends.

GOCCs which turned over dividends were the following: