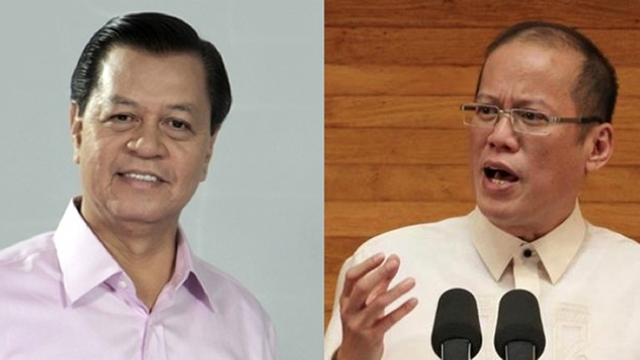 President Benigno Aquino III criticized former Vice President Noli De Castro during the 25th anniversary celebration of TV Patrol. De Castro anchored the newscast since its creation in 1987 then left from 2001-2010 when he entered politics. The President minced no words even if De Castro, known as Kabayan, was also present in the event.

Aquino graced the celebration at the Manila Hotel on Friday, July 27, but the bulk of his speech was not focused on ABS-CBN’s flagship primetime newscast.

Instead, Aquino used the occasion to criticize De Castro for supposed baseless speculation, and commentaries against the administration despite his own stint in government.

The President did not name De Castro but referred to a TV Patrol anchor who is an ex-government official.

(It made me think. The one making the comment, wasn’t he holding the reins of government for 6 years? Let us say that they also just inherited the problem; the problem they left us was even older.)

(He was given 6 years to help fix what he was complaining about. But now, we are already carrying the burden, we are the ones responding to this but what is painful is that, the one who passed on the problem still has the gall to criticize.)

De Castro started his career as a broadcast journalist. He became senator in 2001, and was the vice president of former President Gloria Macapagal-Arroyo from 2004 to 2010. After his stint in politics, De Castro returned to media, reclaiming his spot as the top anchor of TV Patrol.

Aquino has blamed the Arroyo administration for corruption in government.

The President criticized De Castro in front of ABS-CBN executives including chairman and CEO Gabby Lopez, some Cabinet officials, and ABS-CBN employees.

This is not the first time Aquino lambasted a person in his presence. In December 2011, the President took a swipe at then Chief Justice Renato Corona, who was sitting only a few steps away from him during a summit on the criminal justice system.

Aquino started his speech by congratulating TV Patrol, commending its growth from the Radyo Patrol days of his youth.

“And here we are today, celebrating the silver anniversary of one of the strongest institutions in broadcasting: TV Patrol,” Aquino said in Filipino.

The President then talked about the gains under his administration. Yet he went on by critiquing the news reporting of the show and citing instances when he said De Castro voiced “raw opinion and speculation.”

Aquino said that in an October 2011 story on TV Patrol, a reporter talked about the increase in passenger arrivals at the Ninoy Aquino International Airport Terminal 3. The President said that De Castro then retorted, “Nasa NAIA 3 ka kasi; kung nasa NAIA 1 ka, doon malala.” (That’s because you’re in NAIA 3. If you’re in NAIA 1, it’s much worse there.)

The President said that in another instance, the same anchor insinuated that a rescue operation of the National Bureau of Investigation was just a set-up and the kidnappers were paid ransom to release the foreign child.

(Does baseless speculation do anything to help? If you know you are an opinion-maker, you should also know that you have responsibility. I hope every time you say, and I quote, ‘good evening, nation,’ you truly want the nation to have a good evening.)

‘Pardon me for being frank’

In the second half of his speech, Aquino reiterated his call for media to be balanced in reporting, and stop what he called “daily negativism.”

The President said media plays a major role in presenting an image of the Philippines to foreigners and Filipinos overseas. Aquino even compared the news to a horror film series.

After minutes of awkward silence from the audience, Aquino capped his speech by asking for understanding.

In a report aired on ABS-CBN’s late-night newscast Bandila, ABS-CBN head of News and Current Affairs Ging Reyes responded to the President’s tirade.

“Walang bad feelings, walang pikunan at kami’y naniniwala na marami naman din talagang babatikos sa atin dahil di lahat matutuwa sa ating binabalita at nilalabas sa TV Patrol.” (No bad feelings and we believe that there will really be many critics because not everyone will be happy with what we report and come out with on TV Patrol.) – Rappler.com