Elements of a good Paris Agreement on climate change

May 17, 2015 1:00 PM PHT
Facebook Twitter Copy URL
Copied
Here are the key themes and objectives of the Agreement on Climate Transformation 2015, and the work it has produced 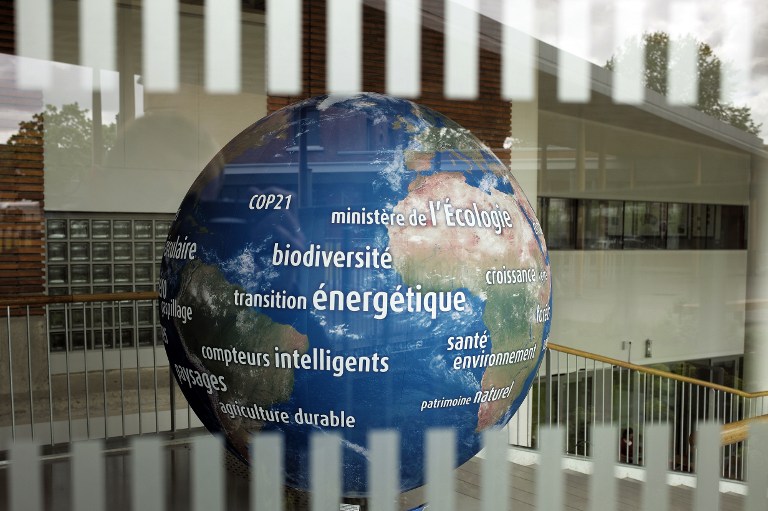 In two weeks, representatives from most governments of the world will be gathering in Bonn, Germany to accelerate negotiations for a new global agreement on climate change. The prospect of such an agreement, hopefully to be adopted in Paris, France, in December 2015 comes at a most critical time fort the world as critical thresholds are about to be crossed that could determine that we will be getting the worst impacts of climate change in the years and decades to come.

Here in the Philippines, we are definitely no strangers to the devastating effects of climate change. The record-breaking super typhoons that we have recently experienced, such as Typhoon Bopha (Pablo) and Typhoon Haiyan (Yolanda), which occurred around the time that the 18th and 19th Conference of the Parties (COP) to the United Nations Framework Convention on Climate Change (UNFCCC) were in session, prompted Vice Chair Lucille Sering of the Climate Change Commission to state before the plenary during the 20th COP in Lima, Peru, that “our typhoons have already spoken on our behalf.”

The latest report of the Intergovernmental Panel on Climate Change (IPCC) leaves no doubt that these series of super typhoons, as well as all the other climate-related calamities being experienced around the globe, are directly related to human activities. It goes on to say that the further warming of the earth will result in harsher impacts on the poor, marginalized, and rural communities. It is because of these imminent and devastating impacts that the Parties to the UNFCCC are pressured to come up with an agreement that will push the global economy to adopt low-carbon arrangements, while at the same time ensuring resilience to climate change impacts.

It is on this premise that the Agreement on Climate Transformation 2015 or ACT 2015 project was conceptualized and embarked upon. ACT 2015 is made up of the world’s top climate experts and think tanks from both developed and developing countries. As a consortium, they have come together to formulate and present a well-researched but concise proposal for the upcoming global climate agreement.

The Philippines is represented in this consortium by the Ateneo School of Government, headed by veteran member and main negotiator for the Ad-Hoc Working Group on the Durban Platform of the Philippine delegation to the UNFCCC, Dean Tony La Viña, and supported by Atty. Therese Guiao, Atty. Railla Puno and Carlie Labaria.

Last May 10, 2015, ACT 2015 officially launched a legal paper entitled “Getting Specific on the 2015 Climate Change Agreement: Suggestions for the Legal Text with an Explanatory Memorandum.” This paper contains a set of ideas and legal suggestions for an international climate agreement and hopes to serve as a reference tool for negotiators on the road to Paris. Based on significant research and analysis, this legal text has undergone several consultations with different representatives from governments, NGOs, and business groups in different regions of the world over a span of two years, with the hope of presenting a unified proposal containing balanced views and priorities of different stakeholders.

This article is the first part of a two-part examination of this ACT 2015 proposal. In this part we would like to share with you the key themes and objectives of the consortium, and the work it has produced. The second part will then attempt to explain the specific parts of the suggested legal text.

During the numerous convenings that were held all over the world with different stakeholders, the primary question that was presented to the members was always: “What functions should this Agreement fulfill?” This question comes from the understanding that the adoption of a global climate agreement in Paris will only be the first step towards the solution to climate change. The real battle will be at the implementation stage, where all sectors and members of society will have to adopt low-carbon pathways. For the Agreement to ultimately achieve a low-carbon and climate-resilient world, the consensus was that it must fulfill the following core functions:

Guided by these core functions, ACT 2015 proposes two long-term goals that aim to operationalize the overall objective of the UNFCCC. This will send clear signals to all stakeholders of the urgent need to catalyze climate action and will provide a clear and steady path for the Parties to follow. These long-term goals are:

– to ensure that global temperature increase stays below an average of 2 degrees C in comparison to preindustrial levels, by implementing a phase-out of all GHG emissions to net zero as early as possible in the second half of this century, and

– to reduce the vulnerability, and build the resilience of communities to climate change impacts, through collective actions applicable to all countries, based on their common but differentiated responsibilities and respective capabilities.

These two long-term goals, independently and combined, will fulfill the functions of the Agreement and will facilitate the way towards a low-carbon and climate resilient world.

Perhaps the biggest criticism of the climate regime is its slow progress in addressing the overall objective of the UNFCCC. It is admittedly worrying that since the Convention was drafted 23 years ago, binding GHG emission targets, which are modest at best, are still limited to a handful of UNFCCC Parties. In order to raise global ambition, the 2015 Agreement must have universal participation and must be firm in its mandates. The Agreement must therefore prohibit rolling back of targets and compel Parties to strengthen their reduction commitments every five years.

This global rise in ambition can only be achieved through a strong support mechanism. The Agreement recognizes the principle of common but differentiated principles throughout its provisions, providing for some flexibility based on respective capabilities and different national circumstances. The support mechanism under the Agreement, which comes in a package that includes finance, capacity building, and technology development and transfer, will follow the same five-year cycle under Mitigation and Adaptation. Through this, Parties are assured of true global mobilization and equality both in effort and in performance. The Agreement will ensure that all Parties will be able to substantially contribute to achieving the long-term goals, aiding those countries that need support while at the same time providing avenues for able countries to continually better themselves.

At the heart of every international convention or treaty between contracting parties is something very intangible and ambiguous: trust. Given the structure of public international law and the supremacy given to State sovereignty, the implementation of international conventions and treaties can be a tricky matter. While there are international courts that adjudicate on the basis of these agreements between countries, using stringent enforcement measures to force a country to comply with the judgment, save for issues relating to genocide and the like, is very rarely done.

It is therefore of utmost importance, especially in multilateral agreements such as this, that there is a mechanism in place that will ensure transparency and integrity in the fulfillment of obligations. Under this Agreement, a strong system that will measure, report and verify countries’ actions will be put in place to ensure transparency and accountability. This framework will encourage Parties to collect and report complete and genuine data in a common format that will be accessible to all Parties.

While the United States of America has long been heavily criticized for its marginal involvement in the climate battle, President Barack Obama at the 2015 White House Correspondents’ Dinner mentioned the words “stupid”, “short-sighted,” and “irresponsible” in reference to climate deniers within his own government. Significant statements such as these from prominent decision-makers all over the world indicate a global shift in perception and recognition of the climate change problem. No less than Pope Francis stated in his pontifical message to the 20th COP last December that “there is a clear, definitive and urgent ethical imperative to act.“

While an optimist will see this developing societal shift as a sign of a truly productive COP in December, a realist knows that in the months leading up to Paris, delegates from around the world will need all the help they can get in order to produce a legal text that will be acceptable to all countries and will truly address our climate problem. – Rappler.com 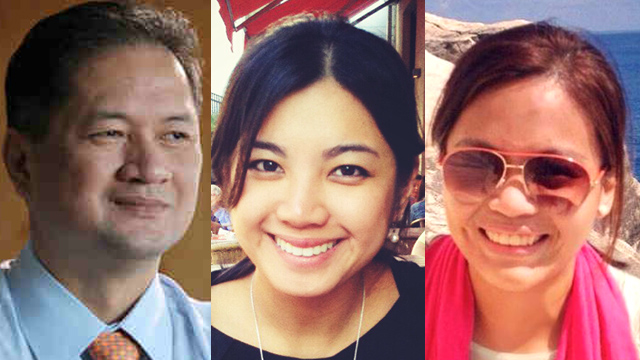 The authors are all lawyers working in the climate change program of the Ateneo School of Government. Dean Tony and Atty. Guiao are also civil society members of the Philippine Delegation to the climate change negotiations but this article and their work in ACT 2015 are in their capacity as professors and researchers and do not necessarily represent the Philippine positions in these negotiations.