May 19, 2015 8:27 PM PHT
Rappler.com
Facebook Twitter Copy URL
Copied
The justice chief says, however, that for now the best the Philippines can offer is 'to share and exchange notes' on boat people with neighboring countries 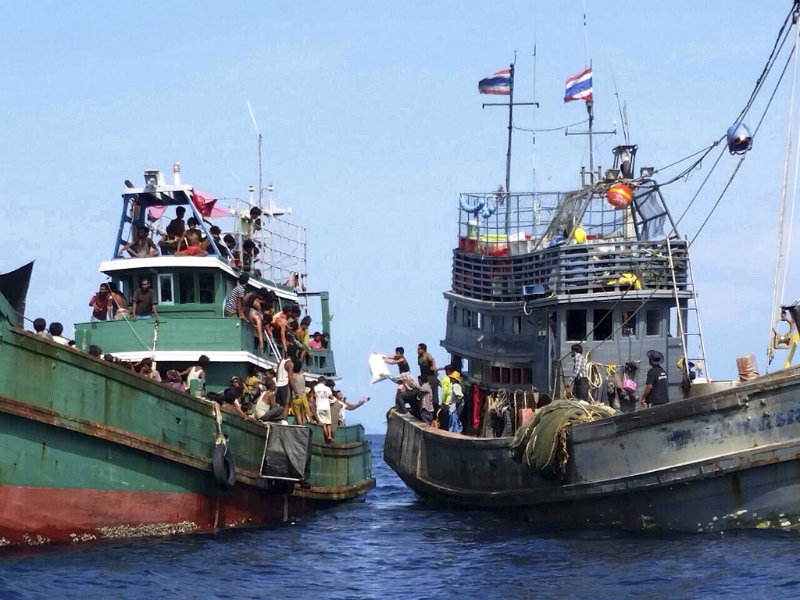 “It would also be a good gesture if we also send a rescue ship or two along with other ASEAN neighbors, and it should be a concerted effort, a regional action,” De Lima said in an interview with reporters.

De Lima said that for now, however, the best the Philippines can offer is “to share and exchange notes” on dealing with refugees.

She said the Philippines can share these best practices with Malaysia, Thailand, and Indonesia, 3 of the countries being pressured by the United Nations (UN) to shelter up to 3,000 boat people.

The Philippines, after all, had sheltered up to 2,700 Vietnamese boat people after the Vietnam War in the 1970s. It had also “provided asylum to 1,500 Jewish refugees who had been denied asylum in other countries,” De Lima said.

The justice secretary made these comments after meeting with Bernard Kerblat, the representative of the UN High Commissioner for Refugees, to discuss the refugee crisis that has alarmed the UN.

Her recent statements came after the Philippines clarified its position on this regional issue.

On Tuesday, Philippine Department of Foreign Affairs (DFA) spokesman Charles Jose said that while the Philippines’ “broad policy statement” is to help refugees, the Southeast Asian country said it needs to consider its huge population in the case of Asia’s “boat people.”

“We need to balance our international commitments and our national interest,” Jose said in the vernacular.

The Philippines has not specified how exactly it will help the refugees. Neither has it clarified its stance on the migrant crisis.

Philippine Communication Secretary Herminio Coloma Jr on Monday, May 18, said the Philippines is open to sheltering hundreds of boat people.

Despite this, Filipinos criticized their government for supposedly requiring the boat people to present travel documents before the Philippines could shelter them.

Later, De Lima clarified that asylum seekers, such as the boat people, “cannot always be expected to obtain travel documents, particularly where the agent of persecution is the state.”

De Lima, a former chairperson of the Commission on Human Rights, also described the plight of the boat people as “a humanitarian crisis that calls for humanitarian measures.” – Paterno Esmaquel II, with reports from Agence France-Presse/Rappler.com