Osmeña: ‘Plagiarism happens’ but how do teachers react? 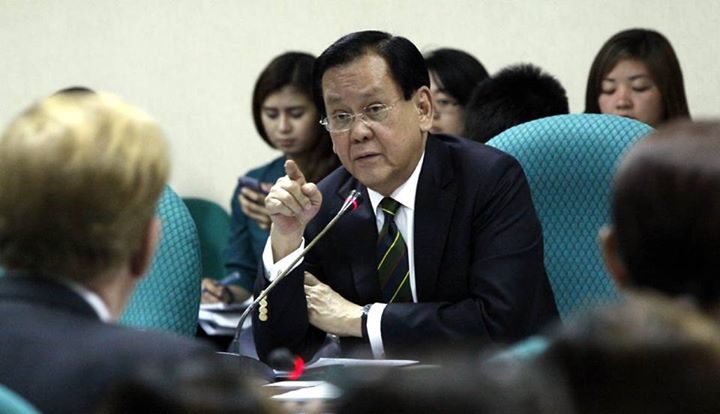 MANILA, Philippines – A senator on Tuesday, May 26, slammed officials of British School Manila (BSM) for focusing on the plagiarism of student Liam Madamba, when the issue is on how his teacher handled the student’s mistake.

Madamba, who took his own life on February 6, was reportedly traumatized after one of his teachers allegedly made him apologize to the entire school body for plagiarizing a paragraph in his essay even if it was just a first draft.

Liam’s mother Trixie Madamba said her son committed improper citation, not plagiarism, but school officials have always insisted it was plagiarism because students are allowed only one draft for their essay on the Theory of Knowledge under the school’s International Baccalaureate (IB) Diploma.

But for Senator Sergio Osmeña III, Liam’s plagiarism is not the issue.

“You really can’t prevent plagiarism. We were all students once upon a time, and we would all copy paragraphs,” said Osmeña who presided the Senate hearing on Liam’s case.

The audience reacted to his statement, so he quickly added: “You can’t stop it. You can catch it, and you can warn the students, but it does happen, so focusing on that doesn’t seem to solve matters, because what particular solution did you come up with?”

BSM Deputy Head Brian Platts said he had agreed with the teacher, Natalie Mann, to let Liam and another student redo their essays. They were also required to write an apology letter which Madamba said was addressed to the “whole school community.”

But BSM head Simon Mann (no relation to Natalie) reiterated that plagiarism is viewed in the school as “an extremely serious offense,” and students who plagiarize will likely be suspended and be given no mark for the plagiarized work.

As part of protocol, Platts said he had asked the teacher to give the students an opportunity to disclose any other instances of plagiarism.

But Madamba said that during the reflection process, the teacher submitted her son to “humiliation and threats.”

“Liam’s essay was a first draft, and he ought to have been guided and given feedback by Mrs Mann to correct his improper citation, not condemned. Instead of teaching my son or reminding him of in-text referencing, use quotation marks, or simply rewrite the paragraph in his own words, Mrs Mann submitted my son to humiliation and to threats,” the grieving mother lamented.

Madamba still wants to hear the teacher’s side of the story, but Natalie already left the country mid-March and has since tendered her resignation.

The next Senate hearing on the incident will focus on the school’s investigation which Osmeña criticized as “limited.” (READ: DepEd: BSM may face sanctions over Liam Madamba’s death) – Rappler.com