Aquino gets highest ratings in Mindanao 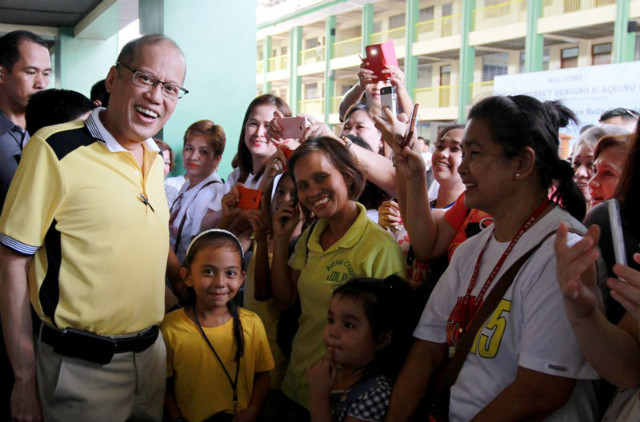 The Standard, which commissioned the survey and published it on Sunday, May 31, explained that the Philippines’ conditional cash transfer (CCT) program “has bolstered” Aquino’s ratings.

Conducted by veteran pollster Junie Laylo, The Standard Poll showed that Aquino got a net approval rating of +24 across the Philippines, with 47% showing approval of Aquino and 23% expressing disapproval.

Filipinos in Mindanao gave Aquino his highest approval rating at 54%.

When asked if they’re satisfied with Aquino, Filipinos across the country gave him a net rating of +28, with 50% satisfied and 22% dissatisfied.

Filipinos in Mindanao gave him a 58% satisfaction rating, his highest across the Philippines.

In terms of trust ratings, Filipinos across the country gave him a net rating of +36, with 55% showing “much” trust in Aquino and 19% expressing “little” trust.

Consistent with Aquino’s approval and satisfaction ratings, his highest trust rating came from Mindanao, at 68%.

The Aquino administration, as a whole, posted a net satisfaction rating of +28, with 52% satisfied and 24% dissatisfied.

Filipinos in Mindanao gave the administration a 61% satisfaction rating, again the highest.

The Standard Poll showed that the CCT program and the government’s anti-corruption efforts top the reasons “for saying the nation is headed in the right path.”

The CCT, also called the Pantawid Pamilyang Pilipino Program or 4Ps, is one of the Philippines’ flagship programs against poverty. Under this program, beneficiaries receive cash grants as long as they enroll their children in school and send them for medical check-ups. (READ: The costs and benefits of Pantawid Pamilya)

Most survey respondents said they “were most aware of the 4Ps,” the Standard said.

The Laylo survey, which was also published on the Facebook page of Laylo Research Strategies, was conducted from May 8 to 15.

The Laylo survey comes as the Social Weather Stations, another pollster, said satisfaction with Aquino is at an all-time low.

Reacting to the SWS survey in April, analysts cited the botched police operation in Mamasapano, Maguindanao province, as the reason for the dramatic decline in Aquino’s ratings.

The Mamasapano bloodbath killed at least 65 people, including 44 members of an elite police force, and jeopardized a peace process to end a 4-decade secessionist movement in Mindanao.

Now, one of Aquino’s biggest challenges is to ensure the passage of the proposed Bangsamoro Basic Law (BBL), which aims to create a more powerful autonomous region in Mindanao.

This has become harder as Aquino’s critics block the BBL, a measure pushed by the rebel group Moro Islamic Liberation Front, which is engaged in peace talks with the Philippine government but is blamed for the bloodbath in Mamasapano. (READ: Opt-in clause top of concerns as House plenary tackles BBL)

Aquino said lawmakers should pass the BBL as soon as possible, while people in the proposed Bangsamoro region said they’re hopeful about the BBL. – Rappler.com