Why PH should commit to being fossil fuel free While negotiations in Bonn, Germany have re-started at a slow pace, there is growing momentum for pushing a long-term goal of reducing global emissions, which will then salvage the UN climate talks in Paris.

Currently 127 countries support having a long-term goal of limiting global warming to within two degrees. However, there is an ongoing debate on how ambitious this goal is, and what year it will be achieved.

Many of the world’s most vulnerable countries — like Samoa, Ethiopia, and the Maldives — have shown strong support for rapid emission cuts which are needed in reducing greenhouse gas emissions to zero by 2050. (INFOGRAPHIC: Climate Change 101)

Many others support the idea of a global long-term goal of “zero emissions” somewhere in the second half of the century. This would significantly reduce the chances of the world limiting emissions below the two degree target.

According to the Intergovernmental Panel on Climate Change, any delay could put the world’s health in jeopardy. If global emissions were cut to zero by 2075, they predict that we would only have a 66% chance of keeping global temperature rise within two degrees. 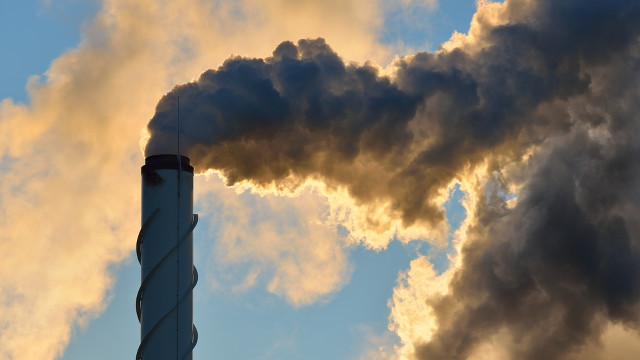 This includes large developed nations such as the UK and the USA – both have long term goals of cutting their greenhouse gas emissions by 80-83% by 2050.

There are also many countries that are determined to achieve zero emissions by 2050. These include Bhutan, Costa Rica, Denmark, Ethiopia, Maldives, Monaco, Norway and Sweden.

Bhutan, the country famed for putting its Gross National Happiness ahead of its Gross Domestic Product, has also found that through a rapid switch to renewable energy, they can bring clean energy to the whole country. They have also looked into restricting their current source of income from mining, while also balancing job growth alongside sustainable development. They are now discussing schemes to cap mining industry emissions, and monitoring their carbon footprint.

Costa Rica is also aiming to be carbon neutral by 2021. By the beginning of 2015, this Caribbean nation had already become the first country in the world to be powered by 100% renewable energy for 75 days straight. These investments in renewable energy  have also enabled them to bring the energy price down by between 7-15% in the past year.

They have also focussed on improving their transport sector, the last significant emitter. In 1997, Costa Rica began increasing taxes on petrol, using the added income to incentivise forest conservation and biodiversity management. This payment system has been so effective it has resulted in a dramatic reversal of what was once the fastest deforestation rate in the world.

Similarly, Denmark has committed to transform its current energy system. Currently, it receives 19% of its energy from renewables. However, there are now decarbonization plans with checkpoints for 2020, 2035, and 2050. Initially, they aim to increase wind power and biomass to achieve a 33% renewable energy target by 2020.

The city of Copenhagen has also committed to carbon neutrality by 2025. They combine energy efficiency measures with the now 249 miles of cycle routes and a network of heating and cooling pipes in buildings that has reduces the systems carbon emissions by nearly 70% and electricity consumption by 80%.

As Mayor of Copenhagen Frank Jenson argued, “we want to show that it is possible to combine growth and an increasing quality of life while reducing carbon emissions and meeting environmental challenges.”

This is similar to calls in neighboring Oslo, where its Mayor Fabian Stang plans to “move Oslo from a low carbon towards a zero emission city.” (READ: Challenging the climate change crisis)

Jenson and Stang however can’t do it alone. Here, Denmark has built on momentum in regional areas. This includes grassroots movements in areas such as Sønderborg, which has reduced emissions by 25% over the last 7 years.

This balance of national, urban, and regional action has proven a powerful collective solution to reducing national emissions.

In the Philippines, however, clean energy still seems to have a long way to go. (READ: PH reliance on coal contributes to climate change)

As of 2014, around 72% of the Philippine’s electricity requirement was powered by fossil fuels, while only 28% are sourced from renewable energy.

In 2013, during his State of the Nation Address, President Benigno Aquino III said, “If you put up a wind-powered plant, what do you do when there is no wind? If you put up a solar plant, what do you when the sky is cloudy? Let me be clear: I believe in renewable energy and we support its use, but there should also be base load plants that can ensure a steady supply of electricity for our homes and industries.”

Aquino added: “I wonder if those who are critical of the plants we want put up will be as noisy when they are busy fanning themselves during brownouts. All I am really saying is this: Let us help each other find a solution.”

Even the Department of Energy, in their Philippine Energy Plan 2009-2030, said that they will “accelerate the exploration and development of oil, gas and coal resources” to ensure energy security.”

In fact, there are plans of putting up coal power plants in Palawan and Mindanao.

The government fails to see the connection between going fossil fuel free and economic growth.

Other countries are going clean, why can’t we?

The government needs to invest in clean and renewable sources of energy if it is serious about sustaining the development of the country. The government also needs to walk the talk and put their money where their mouth is.

We have been negotiating for other countries to mitigate their carbon emissions, but here we are, seemingly going backwards instead of marching forward for a cleaner, sustainable planet.

Other countries have committed to clean energy and we are lagging behind. For a country always tagged as one of the most vulnerable to climate change and its impacts, investing in fossil fuel is like, as we say in Filipino, “Kumuha ng batong ipupukpok sa sariling ulo.” (Get a rock that you’ll pound on your own head.)

We are simply digging our own graves. — Rappler.com

Renee Juliene Karunungan, 25, is a member of Dakila, a collective of artists working for social transformation. She is a staunch gender rights advocate and believes the need or culture change in respecting gender rights.