Jun 6, 2015 9:00 AM PHT
Buena Bernal
Facebook Twitter Copy URL
Copied
The 2015 Rule of Law Index places civil and criminal justice in the Philippines as the worst aspects of the rule of law in the country 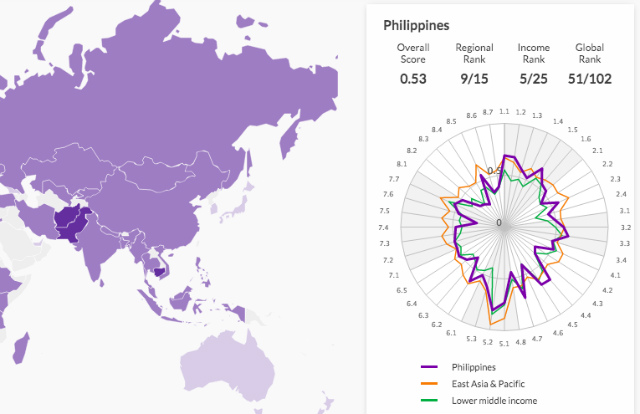 MANILA, Philippines – The delay in resolving criminal cases and the duration of civil cases were tagged by experts as the most significant or serious barriers in terms of reaching civil and criminal justice in key Philippine cities such as Manila, Cebu, and Davao.

The expert surveys were cited in the recently released 2015 Rule of Law Index of the World Justice Project (WJP).

The cited findings of WJP’s 2015 Qualified Respondents Questionnaire (QRQ) “includes the opinions of over 2,500 legal academics and practitioners,” WJP explained.

Launched on Tuesday, June 2, the 2015 Rule of Law Index places civil and criminal justice in the Philippines as the worst aspects of the rule of law in the country – even worse than corruption in government.

The Philippines ranks 51st out of 102 countries in terms of how the rule of law is experienced, according to the Index.

The country, however, is in the bottom half of the 15 surveyed states in East Asia and Pacific. The Philippines ranked 9th in the region.

While it lags in the East Asia and Pacific region, it fares well among other lower middle income countries. It placed 5th of 25 states in the said income bracket covered by the Index.

Other aspects of the rule of law measured in the Index include constraints on government powers, absence of corruption, openness of government, fundamental rights, order and security, and regulatory enforcement.

In the Philippines, the lack of state prosecutors and the heavy volume of caseload for courts also add to delays in case resolution.

State figures from 2005-2010 show lower courts were confronted with an annual average caseload of more than one million – equivalent to an average of around 4,221 cases per working day.

Reforms already instituted thus far to speed up the process of hearing and resolving cases include the launching of electronic subpoenas to be served to cops.

She believes the technology will lessen the likelihood for corruption and human error in courts, but has repeatedly insisted it will take a larger budget for the judiciary to roll out the system nationwide.

Appointed relatively young to her present post, the 54-year-old Sereno has 16 more years as chief justice until the mandatory retirement of 70 – a rare and golden opportunity to institute long-lasting judicial reforms.

In the Rule of Law Index, WJP defined civil justice as dependent on “whether ordinary people can resolve their grievances peacefully and effectively.”

Criminal justice, on the other hand, “constitutes the conventional mechanism to redress grievances and bring action against individuals for offenses against society.”

Aside from time-related troubles in both civil and criminal cases, steep attorney’s fees was likewise tagged by experts as a severe problem in terms of civil cases in Manila, Cebu, and Davao. 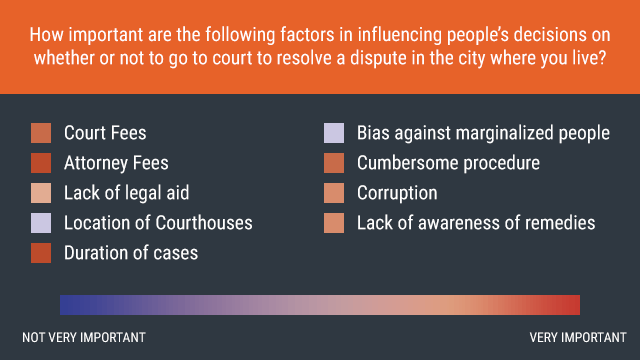 The least severe problem in terms of civil justice was judicial independence, the QRQ findings revealed. 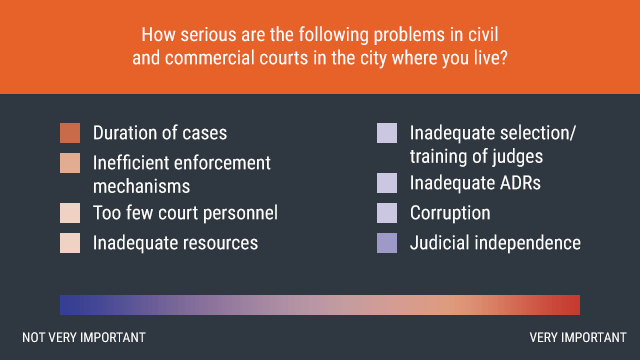 Deficient mechanisms to obtain evidence and the existence of corrupt investigators were the most significant problems in the 3 cities’ criminal investigative service. 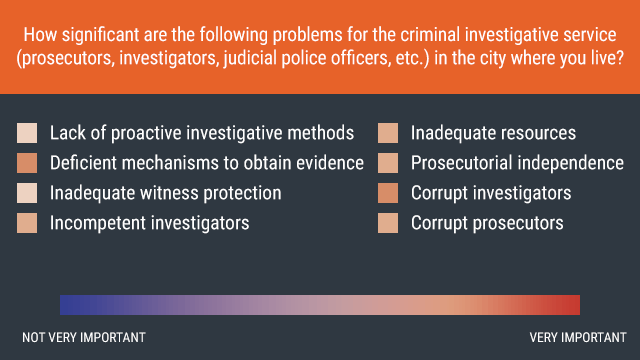 The experts surveyed rated the inadequacy of alternative dispute resolution mechanisms as the least significant problem in criminal courts. 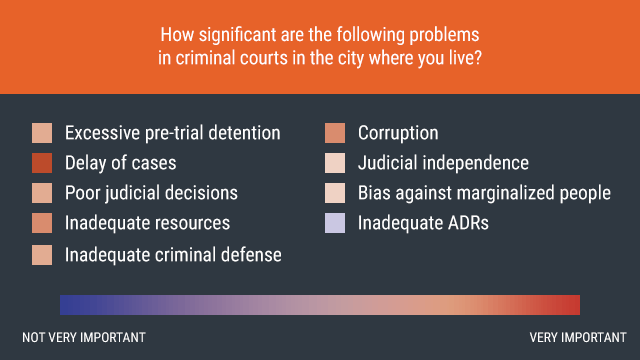