Arroyo to vote anti-RH, Church confident bill will be junked 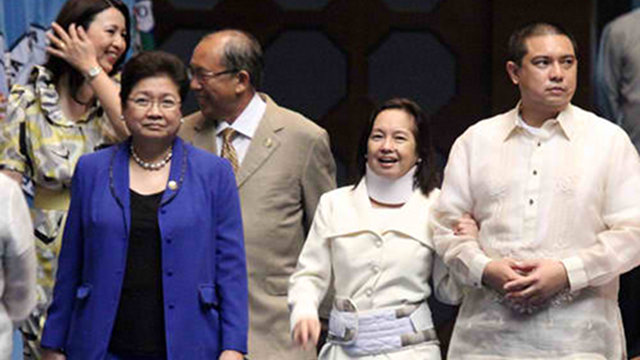 The powerful Catholic Church is confident it will get the Reproductive Health (RH) bill in the House of Representatives junked with its reportedly 140 votes from lawmakers, including no less than former President and now Pampanga Rep. Gloria Macapagal-Arroyo. The recently released former leader surprised fellow lawmakers when she showed up at the start of the plenary session on July 31. Meantime, the Catholic Bishops’ Conference of the Philippines (CBCP) announced on its website that it had conducted a nationwide survey of lawmakers in their dioceses, making them confident they’ll have favorable votes among the 285 district and party-list representatives who will vote Tuesday next week on whether or not to end the RH debates. The survey reportedly showed that only 49 lawmakers said they will vote for the RH bill, 140 said no and 26 are undecided.