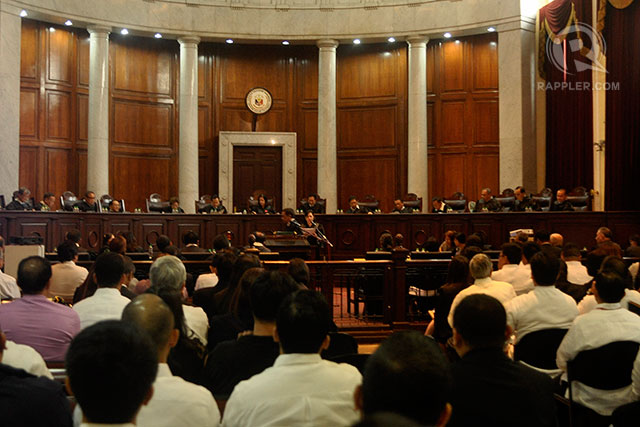 MANILA, Philippines – The Supreme Court junked on Tuesday, June 16, a petition to nullify an executive order that bans “midnight appointments”.

According to SC spokesperson Theodore Te, the SC en banc voted 8-6 to dismiss the petition that questions Executive Order 2, which recalled and revoked some of the 800 appointments made by former president Gloria Macapagal-Arroyo that fall within the appointment ban set for the May 2010 elections.

EO 2 was issued by President Benigno Aquino III in August 2011.

The petitioners are among Arroyo’s midnight appointees in 2010:

They are considered midnight appointments because they were made during the appointment ban. For the May 2010 elections, March 10 was the cut-off date for legitimate appointments.

A Philippine president is barred from making any appointments two months before the May elections and until he/she finishes his/her term on June 30.

The High Court added that an appointment will be considered valid if it satisfies the following elements:

In 2012, a similar petition was brought to the Court of Appeals, wherein 6 midnight appointees questioned the constitutionality of EO2. The appellate court ruled against the petition. – Rappler.com