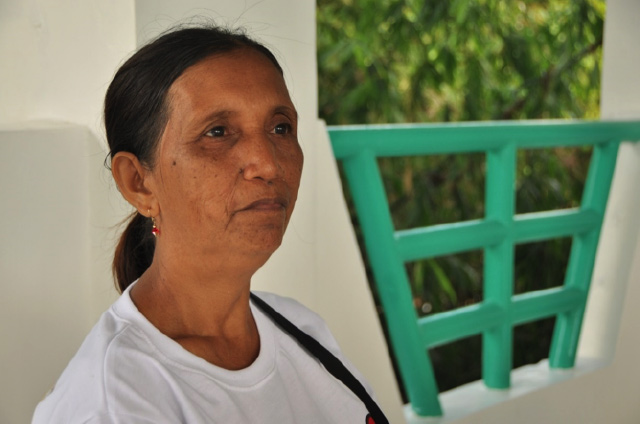 MANILA, Philippines – Carmelita Estrella, 52, used to carry heavy fish crates and sell fish all day long in a crowded market in Sta. Cruz, Ilocos Sur. She was a restless mother of 6 who shrugged off any sign of sickness to gain extra money for her family. Two weeks of coughing, she thought, was just another illness that would go away.

What started as just coughing developed into multidrug-resistant tuberculosis (MDR-TB), a lung disease that can be cured through 18-24 months of treatment.

(I had to be away from my family for intensive treatment in San Fernando, La Union. I had to stop work… My youngest was only 8 years old then).

(The treatment was difficult – I was away from family and there were side effects…But I had to complete treatment to get cured and be able to return to my family…They are my inspiration).

After 6 months of intensive medication at San Fernando and an additional 12 months of medication in her native Sta Cruz, Carmelita was declared cured of TB in 2014.

(I used to take 12-14 medicines a day but I was never absent in going to the health center for my daily medication. I wanted to get cured for my family).

After she got cured, Carmelita volunteered to find, refer and monitor TB cases in her village.

(I volunteered to help those who wanted to be cured, but they also needed to help themselves).

On June 9, she brought her neighbors who showed symptoms of TB to the caravan in the Sta Cruz Gymnasium. The TB caravan was organized by the Department of Health (DOH)-Ilocos Region and funded by The Global Fund to Fight AIDS, Tuberculosis and Malaria through the Philippine Business for Social Progress.

The caravan aims to raise public awareness about the TB disease, and encourage everyone in the community to support the program’s objective dubbed Hanapin, Gamutin, Pagalingin.

Carmelita’s neighbors and close to 600 others benefitted from the education sessions on TB symptoms, treatment and prevention conducted during the caravan. They were also screened for TB several days earlier and results were released individually thru one-on-one counseling. Those with confirmed TB cases were enrolled under the Directly Observed Treatment Short-course (DOTS) and given medicines.

DOTS is the World Health Organization (WHO) recommended strategy adapted by DOH since 1997 to fight TB in the Philippines. DOTS services are available in most rural health units and barangay health centers nationwide. (READ: Tuberculosis: Still one of the deadliest treatable diseases in PH) 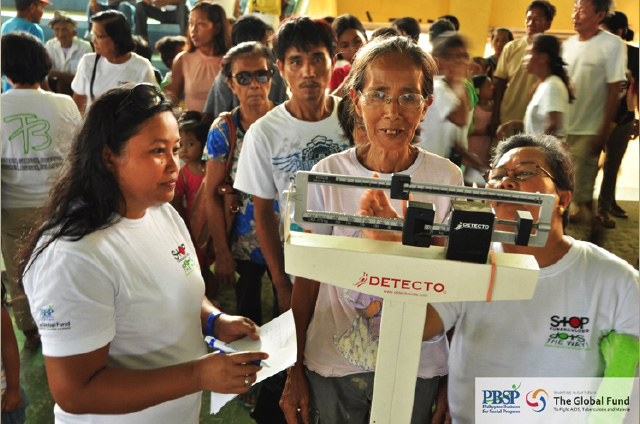 “We are above the national target rate of 90% for both CDR and TSR. But we are still intensifying case finding and case holding to further reverse the spread of TB in Ilocos…In fact, one of our plans this year is to expand DOTS services to prisons and jails,” said Almeida.

From the 526 residents who underwent TB X-ray testing from May 18 to June 11, 140 had confirmed TB cases. A total of 64 new cases were enrolled under DOTS and another 64 retreatment cases were referred to the Programmatic Management of MDR-TB (PMDT).

This is a great number, according to health staff, considering those who were found are mostly from farther villages and would have been otherwise difficult to reach without intensified efforts in finding all forms of TB cases.

TB burden in the Philippines

TB is the 6th leading cause of death in the Philippines, ranking 9th of 22 high TB burden countries worldwide.

The TB caravan in Ilocos is part of the nationwide effort to find all forms of TB and ultimately eliminate the disease that killed 24 out of 100,000 Filipinos in 2012.

Hundreds of health workers and health staff have also been deployed nationwide to work with rural health units, health agencies, hospitals and treatment facilities specifically to control and eliminate TB.

But for Carmelita, fighting TB starts from one’s self.

(If you have TB, don’t be afraid to seek treatment. Do it for your children and your loved ones. If you don’t have TB, take care of your health and don’t abuse your body). – Rappler.com