Jun 22, 2015 3:49 PM PHT
Facebook Twitter Copy URL
Copied
On the agency's 117th anniversary, President Aquino praises the DPWH after having transformed from being a haven of corruption to a good role model in governance 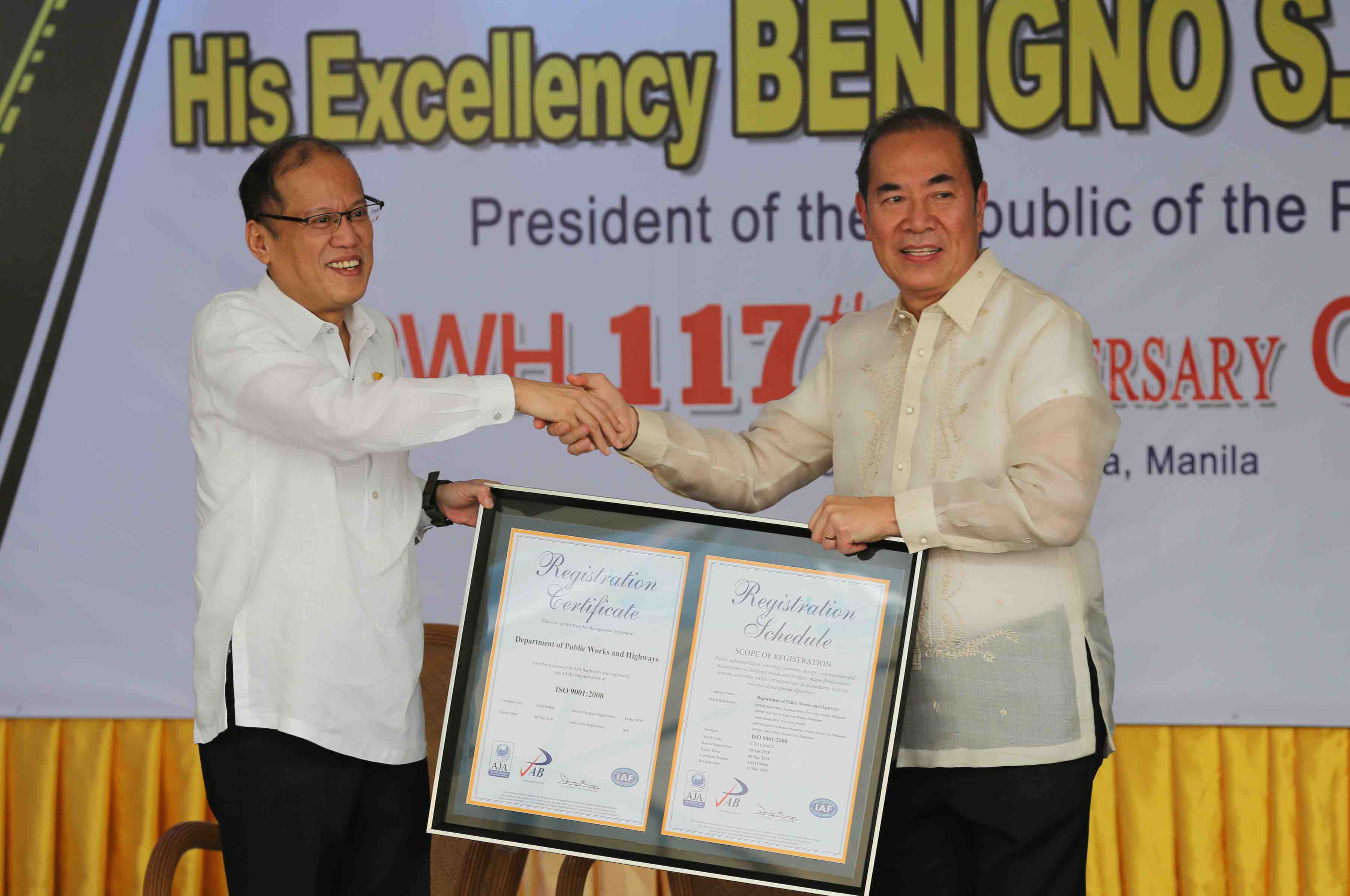 MANILA, Philippines – President Benigno Aquino III on Monday, June 22, vowed to increase to close to P600 billion the 2016 budget of the Department of Public Works and Highways (DPWH), saying he is confident he will see actual results.

The amount will be equivalent to 5% of next year’s projected GDP.

Aquino had nothing but endless praises for DPWH when he graced the agency’s 117th anniversary celebration Monday, noting how it transformed from being a haven of corruption to a good role model in government in such a short span of time since 2010.

A Pulse Asia survey in February 2009 showed respondents perceived DPWH as the most corrupt agency.

(My admiration for DPWH is now deeper because I have seen the scope of transformation in a span of only 5 years. From being a poster boy of corruption, the agency is now a role model for efficient governance.)

The President was also all praises for DPWH Secretary Rogelio “Babes” Singson for initiating reforms in the agency. Aquino said Singson ran after corrupt and erring officials and streamlined the bidding process, which, in turn, resulted to more savings and high-quality infrastructures.

(It is clear: all the reforms seen in the DPWH are not brought about by chance, rocket science, nor magic. Secretary Babes and you, officers and employees alike, pushed for this change.)

The reforms in the DPWH have also been reflected on the country’s ranking in the 2012-2013 Global Competitiveness Index of the World Economic Forum (WEF), which showed that the quality of national roads in the country had improved. (READ: Reforms at DPWH save P15.45-B)

Singson, for his part, announced that the agency’s quality management system is now ISO-certified, after having passed the requirements of the International Organization for Standardization 9001:2008 standards of the Anglo Japanese American (AJA) Registrars.

Singson explained that the ISO certification means that the DPWH offices “are now fully compliant with internationally accepted practices.”

Aside from the DPWH, other ISO-certified government agencies are the Department of Health, Bureau of Standard Practices, Philippine Ports Authority, and the Social Security System, among others. – Rappler.com

Editor’s Note: An earlier version of this story said Certification International Philippines Incorporated issued the ISO certification of the DPWH. It is AJA Registrars that certified the agency not CIP. We have removed any reference to it.