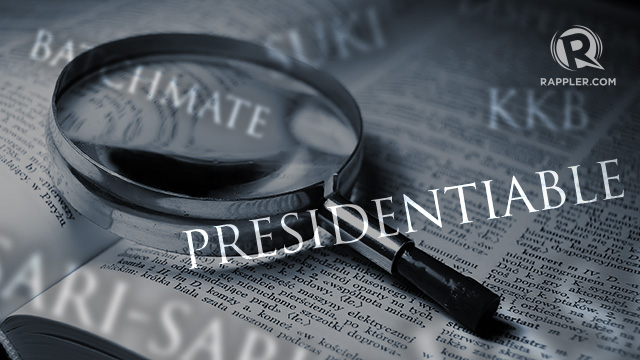 MANILA, Philippines – Now the rest of the world will know what Filipinos mean when we say KKB.

The Oxford English Dictionary (OED) announced on Thursday, June 25, about 500 new word entries for 2015, including at least 28 words that are commonly used by Filipinos.

“The latest OED update sees the inclusion of a number of words from Philippine English as part of our ongoing commitment to recording words from all varieties of English, throughout the world,” editors of the OED said in a statement.

Some of these Philippine English words are:

“Evidence for these usages is not just found in the Philippines but also in parts of the United States that have large Filipino populations,” the editors wrote.

Other new entries are distinctly Filipino, like “KKB” or “kanya-kanyang bayad” (each one pays their own) – an expression that dates back to 1987, and is used to indicate that the cost of a meal will be shared among the group.

One of the oldest words in the list is “barangay,” first recorded in 1840 and refers to a village in the Philippines.

Even names of Filipino food made it to the list: halo-halo, buko, pulutan, pan de sal, and sinigang.

Here is a list of other words that have been included in the dictionary:

How well do you think can other English language users adapt to these words from Filipinos? Are there other Philippine English words that you think should be included in the dictionary? Tell us in the comments section below. – Jee Y. Geronimo/Rappler