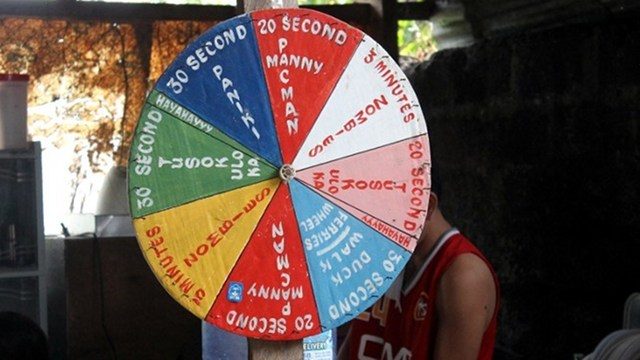 Facebook Twitter Copy URL
Copied
A United States report says that extrajudicial killngs remain the biggest challenge in the Philippines, and while there have been gains, concerns about impunity remain

MANILA, Philippines – Malacañang on Saturday, June 27, called on Congress and the judiciary to help solve the country’s human rights problems identified in a recent US government report.

Deputy Presidential Spokesperson Abigail Valte made the call in an interview on state-run Radyo ng Bayan, in response to questions on the country’s human rights problems identified in the 2014 US Human Rights Report on the Philippines, which cited extrajudicial killings as its biggest challenge.

“We are quite open to our colleagues in the other branches of government, so we can come together and work on these points of concern,” Valte said in an interview on state-run Radyo ng Bayan on Saturday, June 27.

“Kasi marami din pong observations and mga suggestions doon that are solved by either passing the necessary legislation, amending existing legislations, or also addressing the judicial process,” she added. (READ: Judicial reform too important to fail)

(There were observations and suggestions mentioned in the report that are solved by either passing the necessary legislation, amending existing legislations, or also addressing the judicial process.)

These are said to be aggravated by “a weak and overburdened” criminal justice system that features “poor cooperation” between police personnel and investigators. (READ: Case delay worst barrier to justice in key PH cities)

The 2014 US report also said that the country is plagued by a low rate of convictionc, lengthy procedural delays, and widespread corruption and abuse of power. (READ: The anatomy of corruption Part 1 and Part 2)

The report stated: “The [Philippine] government continued to investigate and prosecute only a limited number of reported human rights abuses, and concerns about impunity persisted.”

‘More remains to be done’

In a statement on the report on Friday, US Ambassador to the Philippines Philip Goldberg said, “I am encouraged by the interagency cooperation within the Philippine government to address impunity, but more remains to be done.”

The report said that the Commission on Human Rights probed 45 new complaints of politically motivated killings involving 61 alleged victims as of September. The Philippine National Police’s Task Force Usig received 16 new cases from January to August, on top of the 175 cases it has been monitoring since 2001.

The report stated that of the cases prosecuted, only 7 convictions were made.

It also noted that “investigative and judicial action on disappearance cases continued to be insufficient, with a minority of reported cases prosecuted.”

The report said that the difference in the definitions of extrajudicial killings used by the government and nongovernmental organizations created a wide disparity in reported incidents.

The US report listed the following as other human rights-related issues in the Philippines:

The US report noted that the long-running Muslim separatist movement and the communist insurgency still result in civilian displacement, and the death of soldiers and policemen in armed clashes in Mindanao. (READ: Post-Mamasapano, sentiments on peace agreements clash – SWS)

Taking off from this assessment, Valte said “it cannot be denied that” that the Aquino administration is trying to improve the situation in conflict areas in Mindanao.

She added that Malacañang is hoping that the efforts from different local government units will help address the root causes of the armed conflict in Mindanao.

“We are committed to making the situation better,” Valte assured.  – Rappler.com