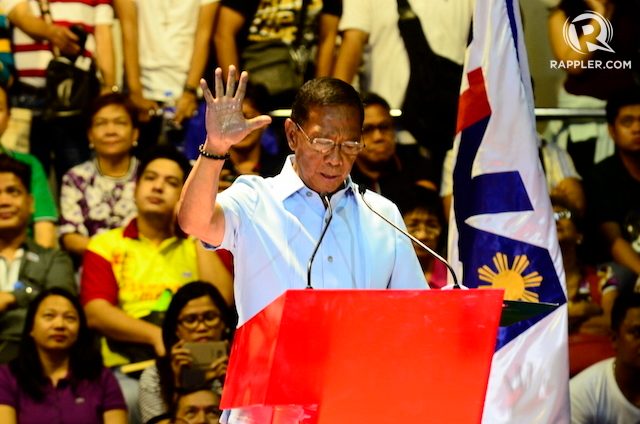 A week after he resigned by the Cabinet of President Benigno Aquino III, where he held two positions for 5 years, Vice President Jejomar Binay launched his political party for the 2016 presidential elections. While he championed the “pro-poor” and inclusive governance visions of the United Nationalist Alliance, he took a swipe at the Aquino administration’s supposed slow and ineffective leadership. The government, he said, had been “manhid at palpak” (insensitive and failed). For every alleged failure of the administration, he asked, “Nasaan ang gobyerno?” (Where is the government?). The Vice President, his family, and associates are facing investigations for alleged corruption during his time as mayor of Makati, the country’s premier district – moves that, he said, are politically motivated.

The full text of the Vice President’s speech is here.

Vote on Rappler’s Mood Meter and tell us how you feel about Binay’s stand on 6 key national issues.