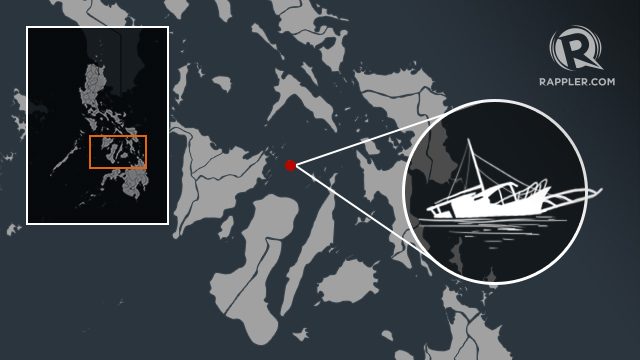 NEGROS OCCIDENTAL, Philippines – Hours after a ferry capsized off of Ormoc City in Leyte province, another motorized fishing boat sinks between the waters of Islas de Gigantes in Panay Island and Madridejos town in Bantayan, Cebu.

The coast guard reported on Friday, July 3, that at least 7 fishermen were missing.

Lieutenant Commander Ramil Palabrica of the Philippine Coast Guard in Bacolod City confirmed that the missing are from Victorias City, Negros Occidental.

He said that search and rescue operations were ongoing for the missing fishermen. According to Palabrica, the fishermen left Victorias on June 30, at around 9 am, to fish in Masbate province.

He said that the victims were on their way home when the fishing boat, Inday Sweet, capsized due to strong waves late Thursday, July 2.

The fishermen were identified as skipper Johnrey Vergara and crewmen Antic Celeste, Gerry Bangalisan, Norberto Patriarca, and others known as Jomar, Abel, and Jimboy.

Palabrica said that the victims were able to contact fishing boat owner Ana May Claro of Barangay 6-A, Victorias, and informed her about the incident.

The fishermen said they had engine trouble and that the waters had filled up their boat before they lost communication at around 4:30 pm Thursday.

He believes that the fishermen were wearing life jackets.

Palabrica called on any vessels in the area to look out for the missing banca,  provide assistance to the fishermen if they find them, and report them to the nearest coast guard or village.

He said that coast guard in Cebu and in Iloilo are also on alert for the missing fishermen.

Palabrica said some of the sea vessel trips from Negros Occidental to Cebu and Guimaras had been cancelled due to gale warning.

On Thursday afternoon, a boat that had just left the port of Ormoc for Camotes islands in Cebu capsized. At least 41 of the 189 passengers had been confirmed dead. – Rappler.com