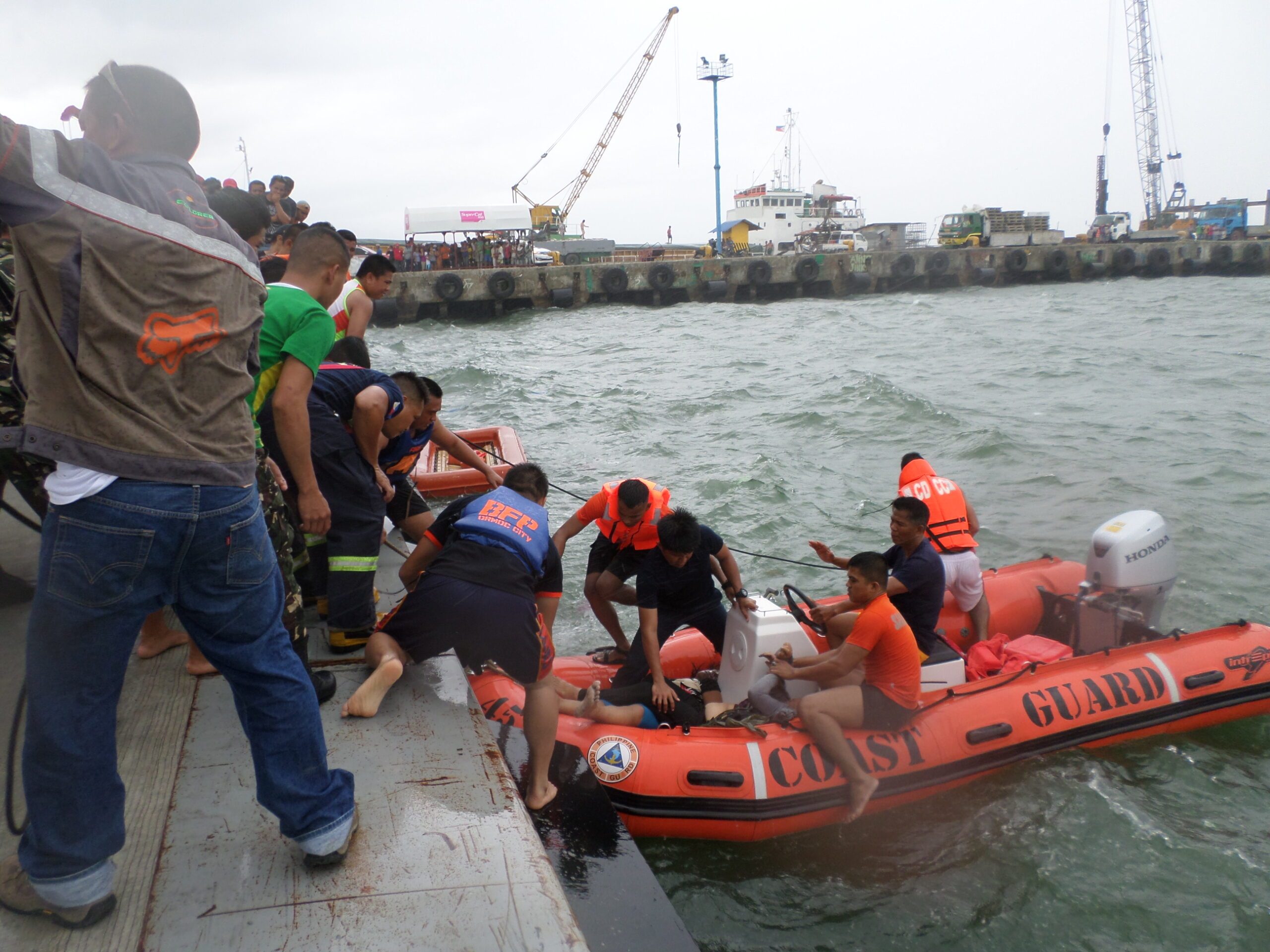 Facebook Twitter Copy URL
Copied
(2nd UPDATE) 'They were not careful, showing there was an intent to kill. They were reckless on purpose,' regional police head Asher Dolina says

The charges were filed late on Friday, July 3, in the central city of Ormoc over the sinking of the Kim Nirvana ship, according to regional police chief Asher Dolina.

An initial police investigation and interviews with survivors indicated the vessel abruptly turned in waters off the central port of Ormoc on Thursday, causing it to capsize, Dolina told AFP.

“They were not careful, showing there was an intent to kill. They were reckless on purpose,” Dolina said.

A total of 19 people were charged, including ship operator Joge Bong Zarco, captain Warren Oliviero, and all 17 crew members, according to Dolina.

All members of crew survived and are now in police custody.

Under Philippine law, murder is punishable by up to 40 years imprisonment.

The police investigation is separate from a coast guard inquiry, which will primarily determine the cause of the mishap.

However, the coast guard may also recommend criminal and administrative charges.

“We filed the charges as soon as we could because we don’t want the suspects to leave the country,” Dolina said.

This toll was higher than the 45 reported by the coast guard, which was based on the ship’s passenger list. The coast guard and other reports have put the number of survivors at 142.

The coast guard earlier said the 33-ton ship could carry 194 people including 178 passengers and 16 crew, but according to the casualty count of Ormoc’s city council, the ship was carrying at least 198.

Overloading of cargo and passengers might have been to blame for the disaster, Ormoc city councillor Godiardo Ebcas told AFP.

Survivors reported seeing up to 150 sacks of cement and more of rice and fertiliser in the ship’s cargo area before it capsized in relatively calm seas, he said.

“The ship might not be too overloaded in terms of passengers, but imagine the weight of its cargo,” councillor Ebcas said.

Each sack of rice, cement, and fertilizer weighs 50 kilos (110 pounds), and 150 sacks would easily add 7,500 kilos to the ship’s load, excluding passengers, he said.

Passengers on the ferry’s route from Ormoc to the Camotes islands regularly bring supplies from the city to their remote fishing villages.

Search operations with rescue divers were stopped on Friday before the ship was lifted to port’s berthing area.

Bloated bodies spilled out of the Kim Nirvana’s wooden hull as a crane lifted it from the water and placed it on Ormoc port, Ebcas said.

Poorly-maintained, loosely regulated ferries form the backbone of maritime travel in the Philippines, a sprawling archipelago of 100 million people.

Many sea disasters occur during the typhoon season, which starts in June.

Frequent accidents in recent decades have claimed thousands of lives, including the world’s worst peacetime maritime disaster in 1987 when the Dona Paz ferry collided with an oil tanker, leaving more than 4,300 dead. – Rappler.com