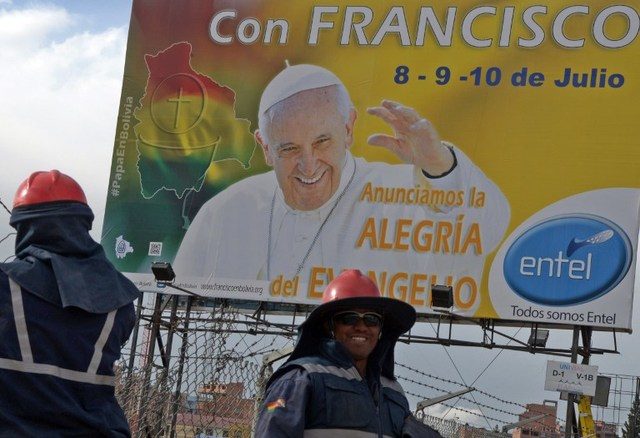 Pope Francis makes his first South American trip in two years Sunday, July 5, for an 8-day tour of Ecuador, Bolivia and Paraguay. The Pope will not be visiting his native Argentina. The 78-year-old Jesuit pontiff, the first pope from his “beloved South America,” has said he wants to highlight the plight of the poor on his home continent. He is due to land in Ecuador’s capital Quito at 3 pm local time (2000 GMT) and will give a Holy Mass in 8 languages early Monday, July 6. Francis’s last visit to South America was a triumphant trip to Brazil that culminated with some 3 million people gathering in Rio de Janeiro along Copacabana beach for a mass at the end of a Catholic youth festival. The Catholic Church has about 1.2 billion followers globally, and Latin America represents the biggest portion of that population.

Read about the Pope’s visit to Latin America.