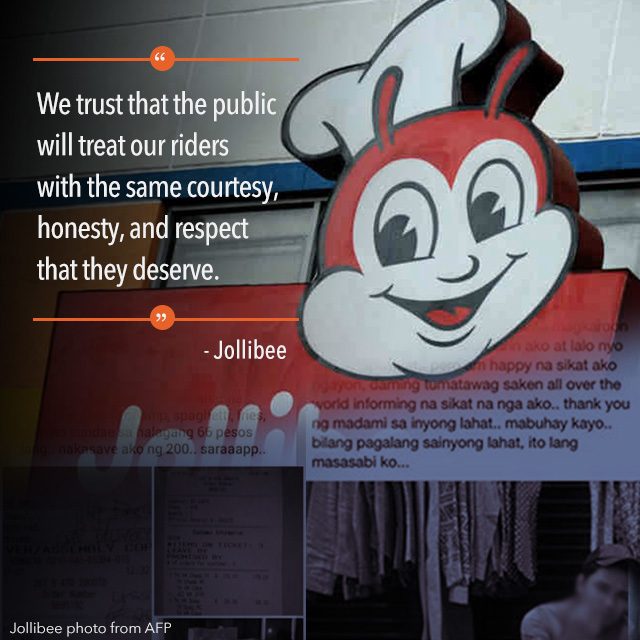 Fastfood chain Jollibee says there was “deception” involved in the viral post of a man who boasted on Facebook that he fooled a rider to avoid paying. The customer that went by the name “Jay Bee” on Facebook drew ire online over the weekend. He supposedly dismissed the public backlash on Facebook, posting a photo of him with his middle finger raised – an indecent hand gesture – to netizens who criticized his post. Jollibee reminded the public to treat riders “with the courtesy, honesty, and respect that they deserve.”