People’s Survival Fund to be operational by December 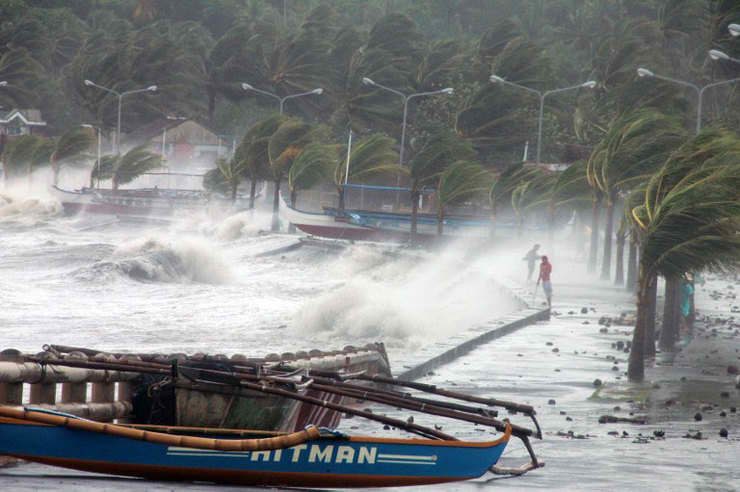 MANILA, Philippines – The P1 billion annual fund to help Philippine communities prepare for climate change should be operational before the landmark Paris climate conference in December, said a board member of the People’s Survival Fund (PSF).

“Paris is going to be really important for the whole world so we don’t want to go to Paris without having issued a call for proposals. I’m hoping in August we will have issued a call,” he told Rappler.

The PSF is an annual fund meant for local government units to implement programs or put up infrastructure that would help their communities become resilient to climate change.

P1 billion was programmed into the PSF in the national budget for 2016 – 3 years after the fund was created by the People’s Survival Fund law signed by President Benigno Aquino III in 2012.

The Philippines is one of the most climate-vulnerable countries in the world. It faces strong typhoons, intense drought, rising sea levels, and the destruction of marine life due to warming oceans.

The country’s economy is also threatened by climate disruption because of its dependence on agriculture, fisheries and forestry resources.

Local government units are on the frontlines of climate change since they have direct contact with communities who will suffer from its impacts.

The PSF can be accessed by LGUs who submit proposals to the PSF Board. (READ: LGUs frustrated over delayed use of People’s Survival Fund)

Proposals need to fulfill a set of criteria including a template and list of requirements to be determined by the board. LGUs should prove that the proposed projects will help constituents adapt to a disrupted climate.

LGUs should work on proposals

Some LGUs have been told about the PSF and encouraged to submit proposals, said Constantino. (READ: 300 PH towns to get climate change funds by 2016)

“Not enough [know] but it’s going around. I think as soon as a call is sent out there may be quick-takers,” he added.

The only thing stopping the PSF Board from releasing an official call for proposals is the need to finalize the rules on how the PSF will be disbursed.

“The criteria to prioritize which proposal will be first is under discussion. Because you have to weigh: poverty, vulnerability, innovativeness of the proposal, and the size,” said Constantino.

The funds will most likely be distributed by the Municipal Development Fund under the Department of Finance.

The PSF Board prefers this agency because of its institutional ties with the Commission on Audit, which would help monitor the usage of the grants, and broad reach throughout the country.

Once the proposals are submitted, the 9-member PSF Board will choose which proposals will be funded.

The civil society members consist of one member each from the academe, private sector and non-governmental organizations.

No signed IRR yet

The proposals first go through the Climate Change Commission, the secretariat of the PSF Board, which creates a shortlist of recommended proposals.

The PSF Board then chooses from this shortlist.

Despite the news of an imminent operationalization of the PSF, the Internal Rules and Regulations (IRR) of the fund has not yet been signed by Aquino. The IRR must be signed first before the fund can be used.

Constantino said the signing of the IRR is expected “anytime now.”

NGOs and climate advocacy groups are among those calling for the speedy operationalization of the PSF but Constantino says the proper process must not be sacrificed.

“We should take time, we should not rush this because we don’t want money wasted.” – Rappler.com