Jul 12, 2015 6:51 PM PHT
Rappler.com
Facebook Twitter Copy URL
Copied
The detained senator will ask the Sandiganbayan to allow him to visit his 88-year-old father, who was rushed to the hospital Saturday due to pneumonia 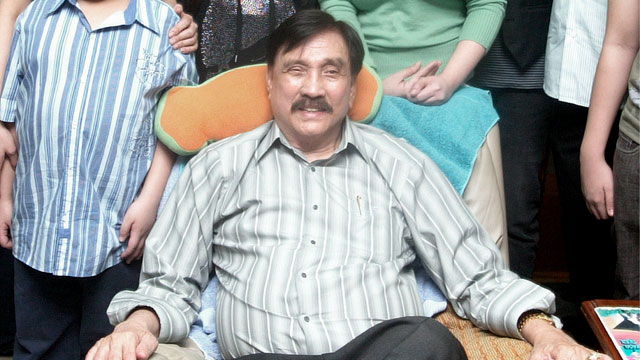 MANILA, Philippines – Detained Senator Ramon Revilla Jr will ask the anti-graft court Sandiganbayan on Monday, July 13, to allow him to visit his father, who was rushed to the hospital on Saturday, July 11.

Fortun said the younger Revilla, who is detained in Camp Crame over plunder and graft charges in connection with the pork barrel scam, will ask permission from the court to grant him a few hours with his 88-year-old father.

In March, the detained senator was also allowed to leave his detention cell to visit his son, Cavite Vice Governor Jolo Revilla, who was confined at a hospital in Muntinlupa City for a gunshot wound.

Revilla Sr is currently under observation in a private room at the hospital, after earlier being rushed to the intensive care unit.

He was also hospitalized last month due to pneumonia. – Rappler.com