Jul 15, 2015 10:42 AM PHT
Katerina Francisco
Facebook Twitter Copy URL
Copied
A transportation official defends the legality of the LTO's license plate deal, on the same day the Supreme Court dismissed a petition questioning the availability of funds for the project 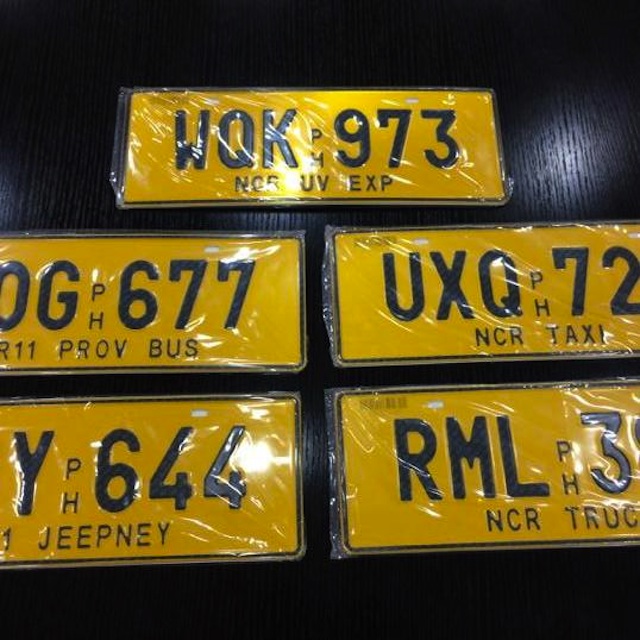 Lawmakers have asked the LTO and the Department of Transportation and Communication (DOTC) to explain how it could have bid out a P3.8-billion contract in 2013 when Congress only gave a budget of P180 million for the procurement of new motor vehicle license plates.

During a meeting of the House committee on Metro Manila Development on Tuesday, July 14, DOTC Undersecretary Jose Perpetuo Lotilla said that while the invitation to bid was made in 2013, the signing of the contract for the P3.8-billion deal was made in February 21, 2014.

By that time, Congress had allotted P4.8 billion in the 2014 national budget for the license plate project, Lotilla added.

He also said that the P180 million amount allotted in 2013 was “sorely lacking” for the LTO project, which seeks to replace about 15 million motor vehicle license plates with new ones manufactured and imported from the Netherlands.

Based on the contract, the joint venture of Power Plates Development Concepts Incorporated and Dutch firm J. Knieriem BV-Goes (PPI-JKG) is required to supply the new plates within a 5-year timetable.

Lotilla also made the clarification after ACT-CIS party list representative Samuel Pagdilao cited a portion of the Administrative Code of 1987 regarding the application of appropriated funds.

Part of the code states: “No contract involving the expenditure of public funds shall be entered into unless there is an appropriation therefor, the unexpended balance of which, free of other obligations, is sufficient to cover the proposed expenditure.”

“How is it possible that approved contract bidded out in 2013 was for an amount that’s not covered by proper appropriations?” Pagdilao asked.

In response, Lotilla explained that the terms of the contract was not yet executed in 2013, only a general invitation to bid.

“The operative phrase is ‘prior to contract.’ For the plate project, the contract was not yet executed until sufficient funds to cover the P3.8 billion deal was appropriated,” Lotilla said.

He added, “We are following the requirements of the Constitution that no contract should be entered into prior to appropriation, because there was no such contract yet at the time.”

The Tuesday meeting at the House of Representatives came on the same day that the Supreme Court (SC) dismissed a case filed in May 2014 against the LTO’s plate project.

In a decision penned by SC Associate Justice Jose Mendoza, the High Court noted that the LTO project did not follow the timelines in the awarding and implementation of the contract as stipulated in Section 37 of Republic Act 9184 or the Government Procurement Reform Act.

But it added that the petition filed against the license plate deal was now rendered “moot and academic” by the appropriation for the full amount of the project fund in the 2014 budget.

“Said appropriation ‘cured’ whatever defect the process had,” the ruling read.

In a statement, DOTC Secretary Joseph Emilio Abaya welcomed the court’s decision, saying that it validated the legality of the project and the agency’s intention to provide the public with new plates “for their own protection.”

“It helps us continue in our drive to rid the streets of countless fake plates and to cleanse the database of falsified records,” he added.

In recent months, the LTO has gotten flak from lawmakers and the public not only for the added cost to motorists for the new set of plates, but also for the delays in issuing them.

During the House meeting, lawmakers pointed out that the 5-year timetable for the delivery of all 15 million new plates defeats the purpose of a standardized plate system.

“It would be impossible to achieve uniformity if the timetable is 5 years,” committee chair Quezon City Representative Winston Castelo said.

Saying the company should not be blamed for the delays in the delivery of the new plates, JKG corporate secretary Atty. Ron Salo said the firm was merely following the timetable stipulated in the contract.

Salo also cited the terms of the contract in explaining why the supplier cannot produce all the license plates in one delivery.

His answer did not sit well with Quezon City Representative Jose Christopher Belmonte, who said JKG seemed to be using the contract as a defense against liability.

“What you’re saying is you have a contract, that’s why you’re safe,” he said.

Lawmakers have ordered the LTO to provide the committee with a schedule of delivery to determine the “gravity” of the delays in the release of the new plates. – Rappler.com