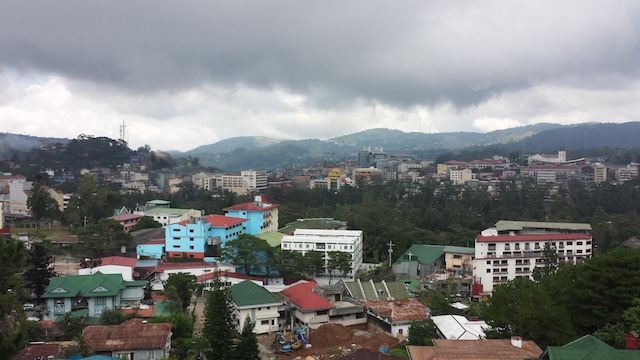 BAGUIO CITY, Philippines – Since the magnitude 7.7 earthquake devastated large parts of northern Luzon 25 years ago, the areas that were hit have become careful in developing their localities, especially urban areas.

Baguio City, one of the worst-hit areas of the 1990 quake, is allowing taller buildings to cope with the demands of urbanization.

Has it forgotten the lessons of the killer quake in its rush for progress?

After the disaster, the city council crafted and approved the Baguio zoning ordinance, which limits the height of commercial buildings to 19.5 meters or 6 stories. The National Building Code of the Philippines (Presidential Decree No. 1096), meanwhile, sets the limit to 5-stories.

Over the years, however, numerous buildings taller than the height limit have been built, even outside the city’s central business district. Condominiums, hotels, apartments, and houses violating the city zoning ordinance and the national building code have mushroomed across the Philippines’ summer capital.

Baguio Mayor Mauricio Domogan, however, corrected the “perceptions that high rise structures are banned in the city due to alleged geological disadvantages.” He said the height of buildings allowed in the city depends on soil tests – whether the proposed building can be supported by the ground underneath it.

The mayor cited findings of studies by experts which showed that the destruction of buildings in the 1990 quake was due to alleged poor structural design, thus magnifying the earthquake damage.

Domogan also said the height limit under the zoning ordinance is no longer applicable. He cited experts’ reports again that California in the United States sits in an earthquake-prone area, but buildings up to 48 stories are allowed.

In Baguio, among the towering buildings that collapsed when the killer quake struck was the Hilltop Hotel, Hyatt Hotel, Nevada Hotel, and Baguio Park Hotel. Domogan pointed out, however, that Saint Louis University’s building several-stories-high building did not collapse.

He again cited a “finding of technical team from overseas – [from] Great Britain, US and Japan,” stating that defects in construction caused the big hotels to collapse.

Domogan said there was a finding in 1984 that the Hyatt Hotel’s construction was defective, prompting the management to take remedial measures to strengthen the structure, but it still gave way during the quake. The Hilltop Hotel and the Nevada Hotel, meanwhile, collapsed because they built more floors than were allowed in their construction permits.

He also mentioned that the owners of the Baguio Park Hotel were advised by the local structural engineer of Baguio to install piles since the capability of the soil to hold buildings was not good. But the owners consulted their own engineer and said that pilings were not needed. When the earthquake occurred, the hotel fell like an accordion.

Domogan said the following are the new policy in the city:

Although earthquake proofing measures are not a requirement under the building code, Domogan advises that high buildings institute these in their structures.

Pilings, he added, are also important for buildings in some areas. He cited the example of the Maharlika Commercial Complex building – it was piled so it was not affected during the earthquake.

But the city council has yet to amend the zoning ordinance to incorporate the suggestions of the mayor. The comprehensive land use plan of Baguio is also pending with the city council.

A proposed amendment to the zoning ordinance seeks to increase the building limit from 6 stories to 12 stories in commercial, industrial and institutional zones, to cope with the demands of urbanization. The amendment is proposed by Councilor Leandro Yangot Jr.

The present zoning law provides that building height shall be measured from the ground level excluding two habitable basements.

The Local Zoning Board of Adjustment and Appeal (LZBAA) has been proposing to amend the city’s zoning ordinance to allow the construction of commercial buildings of more than 6 stories high.

LZBAA Board Member Felino Lagman earlier reported that there are structures that go beyond the 6-floor limit:

Lagman said the LZBAA and the City Development Council have recommended the reclassification of certain portions of Session Road and Harrison Road from C-1 to C-3. This would allow the construction of buildings up to 8 floors in consideration of the terrain, cost of land, small lot areas, cost of business permits and real estate tax.

Domogan expressed support for the plan to amend the height limit of buildings as long as building owners comply with safety engineering structures. He added this will address the rising population in the city.

Domogan said increasing height limits of buildings would encourage more investors to come in the city. He explained reclassification of some residential areas into commercial zones is equivalent to an increase on property valuation and taxes, resulting to higher income for the city government. – Rappler.com