Sereno: Justice must be real-time, high-tech

Jul 17, 2015 11:06 AM PHT
Ayee Macaraig
Facebook Twitter Copy URL
Copied
The Chief Justice has 15 more years left in her term to transform Philippine courts from being repositories of paper, to modern structures where accessing justice can be as easy as a click 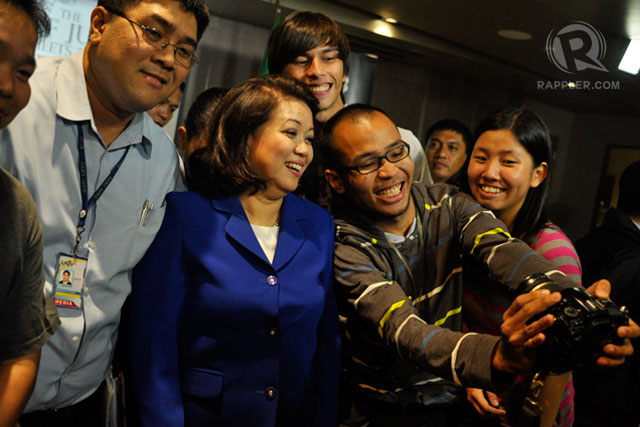 MANILA, Philippines – There is a common sight in many local trial courts in the Philippines. Case folders are scattered around offices of judges, with piles of documents on top of furniture, and some even spilling outside the room. It is an image of the slow dispensation of justice that frustrates poor Filipinos.

Chief Justice Maria Lourdes Sereno envisions something different: a modern judiciary where technology ensures justice in real-time. With an automation program in the works, she said the dream is not that elusive.

“I suggested that we use the e-mail system so that we can have the supboenas of the police officers sent directly by e-mail. You just e-mail it, and the moment that is received in their server, it binds them. We now have a 97% attendance by police witnesses in criminal cases,” Sereno told Rappler CEO and Executive Editor Maria Ressa in an exclusive interview.

The e-subpoena is just one of Sereno’s initiatives to use technology to reform the justice system she acknowledges to be delayed, and underfunded.

While the task is daunting, Sereno has all of 18 years to make it happen. At 55, she is the century’s youngest and the country’s first female chief justice. When she retires in 2030, she will be one of the Philippines’ longest serving top magistrates.

On her third year, the Chief Justice detailed her judicial reform agenda where automation and infrastructure development are key. (READ: Sereno: Independence is my best achievement)

“We don’t have a nationwide automation project that succeeded. Part of the reason could be the changes in the administration for that particular agency. We have time. For example, the electronic courts right now, by the end of 2016, we might be able to cover already 25% of the total case load nationwide. If that’s not a game changer, I don’t know what is.” 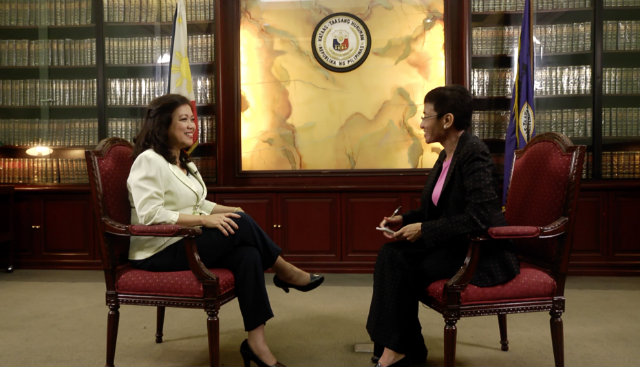 When Sereno took the helm of the Supreme Court in 2012, she lacked the experience of her senior colleagues in the bench.

Yet she brought in years as an administrator, having headed the Asian Institute of Management Policy Center, and having worked for local and international agencies involved in law, governance, and economics.

“My being a hands-on manager for many of the institutions I’ve led afforded me the chance to say, ‘I am not afraid of getting my hands dirty in this. I want to see the numbers, workflow, personnel complement, the terms of reference of each personnel, and ultimately, I want to find out if the combination of these is delivering what we guaranteed to the people,’” she said.

Managing the judiciary’s bureaucracy is one of the chief justice’s tasks besides the more visible roles of penning decisions, and leading the High Court in oral arguments.

Sereno puts emphasis on improving systems. She said she found out that the Court lacked a process review.

“Insiders of the Supreme Court said that I am the first chief justice who has ever called a management meeting for all the heads of offices. I also called the 3 presiding justices of the 3 collegiate courts – Sandiganbayan, Court of Appeals, Court of Tax Appeals. They said, ‘This is the first time the chief justice ever told us that we need a coordinated plan to deliver justice.’”

Introducing terms like KPI or key performance indicator to the judiciary, Sereno set a target of 300 cases for every trial court. Some judges are overwhelmed with as many as 2,000 or even 4,000 cases.

From the University of the Philippines College of Law to Padre Faura, access to justice is a primary advocacy of Sereno. In an archipelago like the Philippines, she knows that technology is key to bridging the gap.

“I thought initially that there would be strong resistance from judges aged 50 and above to technology but now, they can’t imagine ever working in an environment that’s not automated.” 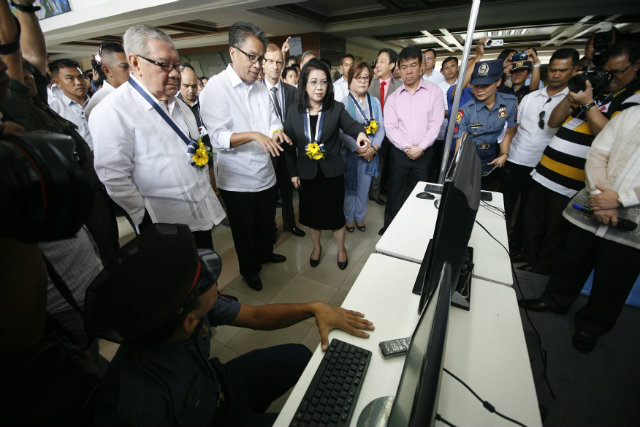 “Orders are issued as soon as they come out of the mouth of the judge. You have it on paper. So there are already stories of lawyers in Quezon City who have written our judges thanking them that it has been transformational, lawyers who have taken selfies with their automated orders obtained immediately,” Sereno said.

The system’s pilot test was in Quezon City but expanded to Tacloban after Super Typhoon Yolanda (Haiyan) damaged court records, the Hall of Justice and prosecutors’ offices.

“If we succeed in Tacloban, we have a showcase to the world that we will demonstrate that a government system in a disaster-ravaged area can rise and be modern because it has been given an opportunity to change,” said the Chief Justice.

Another effort is the court decongestion program. Funded by USAID, it resulted in a 30% reduction of the Quezon City docket in just 14 months, she said.

“It was a simple formula. You deploy enough lawyers and paralegals in a courtroom to take a very detailed inventory of all the files with a plan on how to resolve each pile. If that judge already has a management plan for her docket, she can actually just implement it.”

Other initiatives are the continuous trial system, a synchronized calendar for prosecutors, judges and public attorneys, and a proposal for evidence to have a single marking.

In the long-term, Sereno wants to implement a development plan to build modern, disaster-resilient infrastructure in 740 stations, and 2,400 courts nationwide.

In keeping courts up to speed with technology, Sereno faces a perennial problem: the low budget for the judiciary.

There, too, is the challenge of corruption tainting the institution. In September 2014, the Supreme Court dismissed then Sandiganbayan Justice Gregory Ong over his links to alleged pork barrel scam mastermind Janet Napoles.

Sereno admitted that “a more innovative solution” is needed to fight the culture of impunity in the justice system.

Despite the obstacles, reforms are bearing fruit.

“Admittedly, there has been a shift in the perception of people where we used to be written off. Now we’re being given the benefit of the doubt that perhaps we will find our stride, deliver justice in good time,” Sereno said.

She said her objective now is to bring the innovations from the urban areas to far-flung courts.

With 15 years left in her term, Sereno has more than enough time to transform Philippine courts from being repositories of piles of folders, to modern structures where accessing justice can be as easy as a click. – Rappler.com