INTERIOR CHIEF. Department of the Interior and Local Government (DILG) Secretary Benjamin Abalos and the National Bureau of Investigation file criminal complaints against the alleged principals in the killing of the middleman in the Percy Lapid case on November 7, 2022. 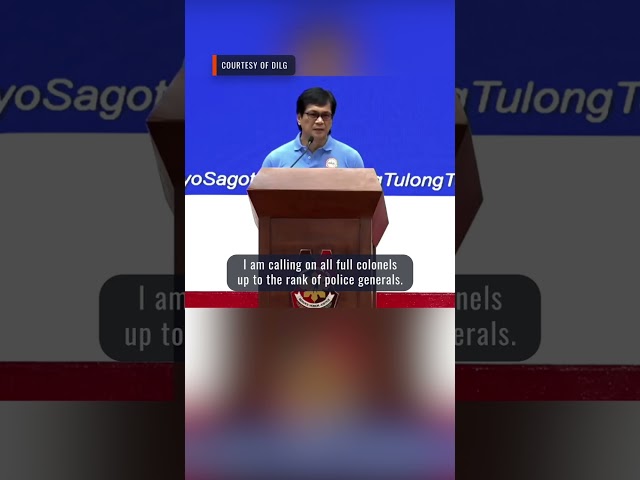 Abalos, whose agency oversees the PNP, said in a press conference that PNP chief General Rodolfo Azurin Jr. was among those who recommended the move.

(Based on the recommendation of the PNP and a few other officers, I am calling on all full colonels up to the rank of police generals – I am appealing to them to submit their courtesy resignation). 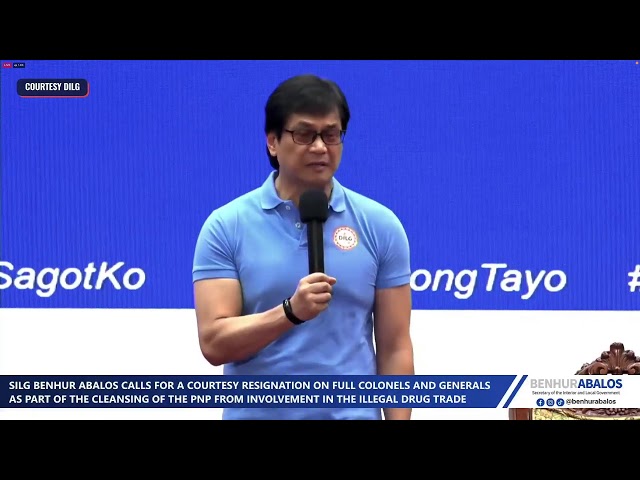 The interior chief said a committee will review the records of all these police officers, and that the courtesy resignation of those with proven links to illegal drug trade will be accepted.

Abalos described this as a “short cut” to addressing the alleged involvement of some PNP members in the illegal drug trade, citing the long process of sanctioning erring cops.

(We’ve been doing that and you know, the judicial process takes a long time, the technicality, and all. That’s why I am telling you, this is the short cut, if you want it that way. That’s why I’m appealing to them.)

Internal cleansing in the PNP is not new. Former PNP chiefs like Senator Ronald dela Rosa and Guillermo Eleazar had promised to clean the PNP ranks during their time.

The Commission on Human Rights on Friday, January 6, urged the government to carry out accountability “to its fullest extent,” and for criminal and administrative charges to be filed against erring police, especially those who are responsible for the killings under former president Rodrigo Duterte’s violent war on drugs.

Government data show that at least 6,252 individuals were killed in police anti-drug operations between July 2016 and May 31, 2022. Human rights groups, meanwhile, place the number at between 27,000 to 30,000 to include those killed vigilante-style.
“Ascertaining justice for families whose loved ones were arbitrarily deprived of opportunity and life is a realization of their duty to serve and protect,” the commission said in a statement.

“Only through proactive and systemic action against corruption can more citizens feel assured that the law is also for the marginalized and the poor; equally enforced and independently adjudicated,” it added.