For ABS-CBN Tacloban’s anchor, franchise loss is a storm worse than Yolanda 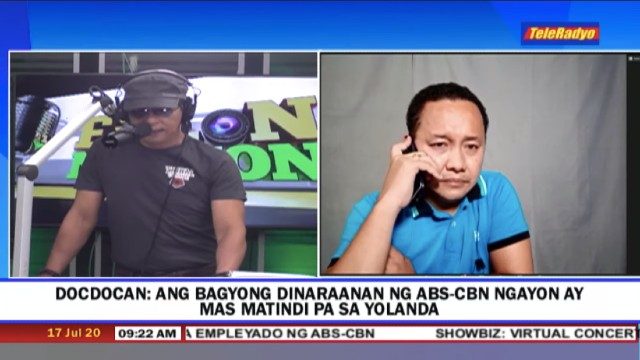 IN SERVICE OF THE FILIPINO. Ranulfo Docdocan of ABS-CBN Tacloban is one of many from the RNG who will be retrenched as a result of ABS-CBN's franchise denial. Screenshot from DZMM

Facebook Twitter Copy URL
Copied
Ranulfo Docdocan once walked over 150 kilometers just go get home and bring crucial footage of Yolanda’s first landfall to air. Now he, along with hundreds belonging to ABS-CBN’s Regional Network Group, find themselves in a storm that might be just tougher to handle.

Ranulfo Docdocan has been both witness and victim to one of the worst tragedies not only of the country but of his own community – Super typhoon Haiyan (Yolanda). A reporter and news anchor for ABS-CBN Tacloban, Docdocan and his cameraman walked all the way of Guiuan in Eastern Samar to Tacloban City, covering close to 150 kilometers over a period of two days.

(We exerted all our efforts to get back. Aside from wanting to return to our families, we had with us footage so that the world, the government, everyone would be able to see what happened in Guiuan when Yolanda hit.) 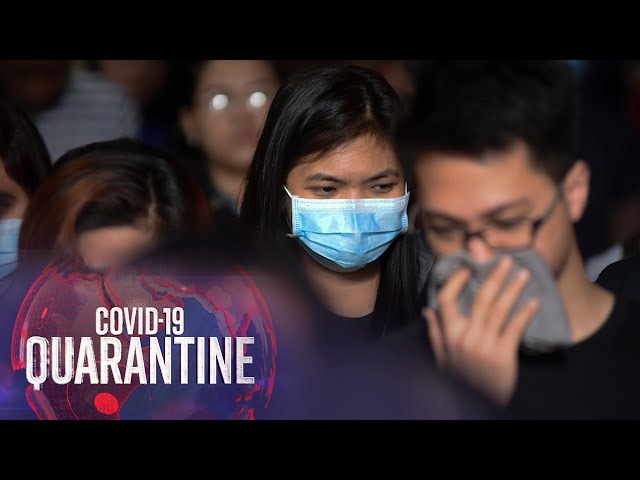 It wasn’t an easy journey.

Guiuan was where Yolanda, still among the strongest typhoons in recorded history, first made landfall in the Philippines. Nearly all structures in the town were damaged, communication lines were cut, and debris and dead bodies littered the streets. Two days after reaching Tacloban City, Docdocan got sick from leptospirosis.

But for Docdocan, a broadcast veteran who has worked for ABS-CBN since 2007, the hardships of Yolanda might just be easier to bear than the “storm” they’re facing now – the sudden loss of jobs because the network was not granted a new franchise by the House committee on legislative franchises.

(This is a storm that might be even tougher to bear than Yolanda. So many will lose jobs, lose access to information, to entertainment, their livelihoods. We were told by management yesterday that because of this storm, because we were not granted a franchise, management is forced to retrench employees.

“Hanggang sa ngayon Ted, ‘di pa nagsisink in (Until now, Ted, it has yet to sink in),” he finally admitted.

Docdocan’s ABS-CBN story reads like a dream-come-true. He first started in 2007, struggled for a year because of paperwork and other requirements, until he eventually rose the ranks to become one of ABS-CBN Tacloban’s reporters, and later, the anchor of its flagship newscast, TV Patrol Eastern Visayas.

From and for the community

The Regional Network Group is composed of 18 regional stations scattered around the country. ABS-CBN Tacloban, which covers the entire Eastern Visayas region, employs over 30 people. Other stations, such as the ones in Cebu and Davao are much larger, employing over 100 people.

The RNG is something many Metro Manila-based viewers, understandably, aren’t familiar with. While its reporters are often called to report for ABS-CBN programs, including its flagship newscast TV Patrol, the RNG gathers and reports news primarily for the community it serves.

(We’re in the job to serving the people. Even before a storm makes landfall, we’re there to report on the situation. We’re here to gather news to show the whole world the situation we’re in.)

Even – and especially – when ABS-CBN Manila-based reporters are sent to augment coverage, the RNG team is invaluable.

In “normal” times – when there is no calamity – the RNG stations deliver the news in the local language, through their version of TV Patrol. Some RNG stations also produce entertainment and travel programs.

Docdocan’s worries go beyond himself, and even that of his 7-year-old son.

He worries about those who rely on ABS-CBN for their livelihood and those who are now left without a news source because ABS-CBN is the only station they have access to, be it via TV or radio. “‘Yung gobyerno mas naging positive dapat yung approach. ‘Di naman tayo perpekto…pero kung may mga nakita man na sa palagay nila [hindi nararapat], bakit hindi nabigyan ng paraan? Magkaroon ng mga gagawin para mas ma-improve pa,” he said.

(The government should have taken a more positive approach. We’re not perfect. But if they saw things that they think are not right, then why not find a way to fix it? They could have done something to improve it.)

On July 10, after several hearings, the House committee of legislative franchises – through votes from both members and ranking House leaders – voted against granting ABS-CBN a new franchise because of alleged “numerous violations” of the terms of its old franchise, which lapsed on May 4. ABS-CBN has been off the free airwaves since May 5.

By July 15, ABS-CBN confirmed that it would be retrenching employees beginning August 31. The retrenchment program has resulted in either the decimation of units or the complete closure or cancellation of programs and entire departments. The network has yet to announce just how many are affected by the retrenchment.

For Docdocan, and many thousands more ABS-CBN’s employees, the retrenchment doesn’t just mean income loss. It means a dream put to a stop – but hopefully, only temporarily.

(This has always been my dream job, to help others have a voice. It’s heartwarming to think that we were given a chance to be the voice of those who need it the most, to have helped in finding solutions to problems. The chance to give service to the people, that’s all thanks to ABS-CBN.)

All 12 versions of the local TV Patrol will go off air after their respective episodes on August 28, 2020. – Rappler.com