Mar 21, 2021 12:42 PM PHT
Reuters
Facebook Twitter Copy URL
Copied
(UPDATED) 'We are happy that all the hostages are safe now and we are also able to neutralize the notorious 'Apo Mike' and two of his comrades,' says Lieutenant General Corleto Vinluan Jr

Philippine troops have killed a leader of the Abu Sayyaf kidnap-for-ransom group and rescued 4 Indonesian hostages held since last year, the military said on Sunday, March 21.

He described Sahidjuan as the mastermind in several kidnappings by Abu Sayyaf, which is based in Sulu and has also been involved in bomb attacks and piracy for decades. Since 2014, it has proclaimed allegiance to the Islamic State group. 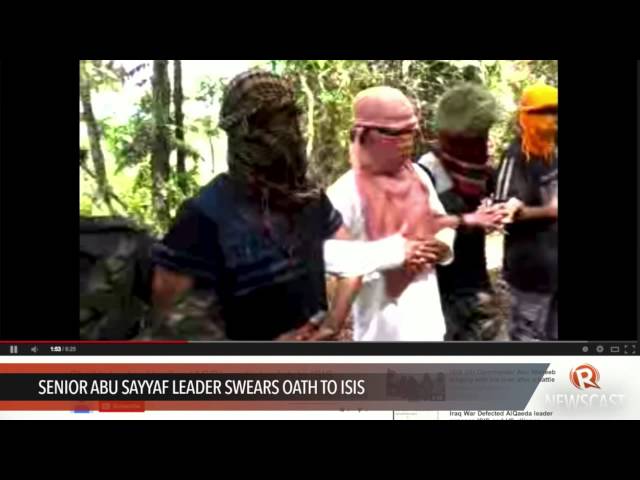 “We are happy that all the hostages are safe now and we are also able to neutralize the notorious ‘Apo Mike’ and two of his comrades,” said Vinluan, commander of the military’s Western Mindanao Command.

Sahidjuan was among 5 Abu Sayyaf militants who went to Tawi-Tawi by boat from Sulu, with their 4 Indonesian kidnap victims on Thursday, March 18.

Their boat capsized after it was battered by big waves, giving government troops the chance to rescue 3 of the 4 hostages – Arizal Kasta Miran, 30; Arsad Bin Dahlan, 41; and Andi Riswanto, 26.

The fourth, 15-year-old Mohd Khairuldin, was found by government troops in the same village where the gunbattle took place.

The four hostages were among 5 Indonesians kidnapped by the Abu Sayyaf on January 17 last year off Tambisan in Malaysia. One of the 5 was killed while trying to escape. – Rappler.com