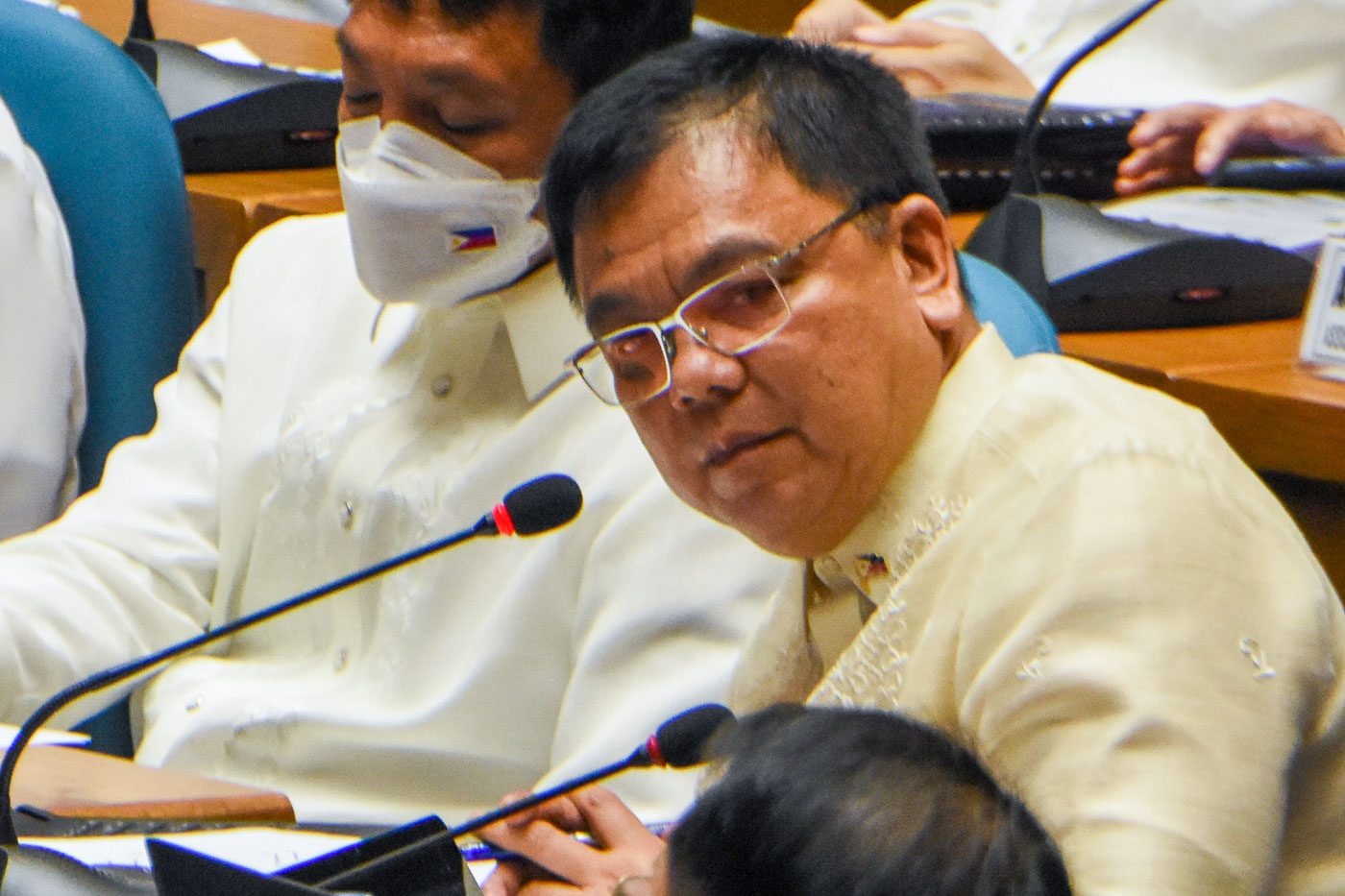 MANILA, Philippines – Department of National Defense (DND) Officer-in-Charge Jose Faustino Jr. appeared to have skipped the Armed Forces of the Philippines’ (AFP) change of command ceremony, which saw the return of General Andres Centino as chief of staff on Saturday, January 7.

Faustino, who as head of the DND was expected to grace the event, did not appear in photos and a government livestream of the turnover ceremony held on Saturday. The DND was instead represented by undersecretaries Franco Nemesio Gacal and Ignacio Madriaga.

Present on stage to facilitate the turnover were Executive Secretary Lucas Bersamin, Special Assistant to the President Antonio Lagdameo Jr., and acting chief chaplain of the AFP Colonel Daniel Tansip.

Rappler has reached out to DND Spokesperson Arsenio Andolong for comment, but has yet to receive a response as of posting.

Faustino’s absence comes as rumors of his alleged resignation spread. He was named acting defense chief in June 2022, and the reason given then was because he had not yet reached the one-year lapse for an officer after retirement to be appointed to a civilian post. That ended in November 2022, qualifying Faustino for a full-time position, but Malacañang has so far not given him the full title of defense secretary.

The law prohibits officers from commanding a major service of the armed forces if he had less than a year in service. Yet, then-president Rodrigo Duterte still appointed Faustino to the post; the Commission on Appointments refused to confirm him, however, citing the law.

Both generals are classmates at the Philippine Military Academy, belong to Class 1988.

On Saturday, alleged destabilization reports also flooded chat groups of the AFP and the Philippine National Police (PNP), which is also undergoing its own leadership revamp after Interior Secretary Benhur Abalos appealed to all full colonels and generals to submit courtesy resignations as part of a bid to address the drug problem hounding police ranks.

Both the AFP and the PNP denied the reports, describing them as “fake news.”

The PNP said cops were on “heightened alert” to ensure the safety of the public during the Feast of the Black Nazarene and its celebrations, which started on Saturday. The AFP, meanwhile, assured the public it supports Centino and respects Marcos’ decision as commander-in-chief.

“As a professional organization, the whole AFP is united behind the leadership of General Centino as it continues to perform its mission of protecting the people and defending territorial integrity and national sovereignty,” AFP Spokesperson Colonel Medel Aguilar said.

The military’s turnover ceremony on Saturday had been unlike the usual change of command ceremonies held in the past, considering it was the first where a former AFP chief assumed the top role for a second time. Centino was earlier scheduled to retire in February 2023 upon turning 56, but because of the new law, he can stay in his post for three years or until 2026.

Bacarro, who earlier replaced Centino, was expected to hold the position until 2025, as the first AFP chief to serve a three-year stint under Republic Act (RA) No. 11709. It is not yet clear why Marcos decided to remove Bacarro from his post. Malacañang has not responded to media inquiries over the change in AFP leadership.

At the turnover ceremony, Bersamin only said the move was “not the end” of Bacarro’s “public life.” “We are going to give true value to your achievements and we will always remember your service and sacrifices for the country,” he said.

RA 11709, signed by former president Rodrigo Duterte, was envisioned to end the “revolving door” policy employed by past administrations, which gave rise to military chiefs serving for only a few months before mandatory retirement. – Rappler.com