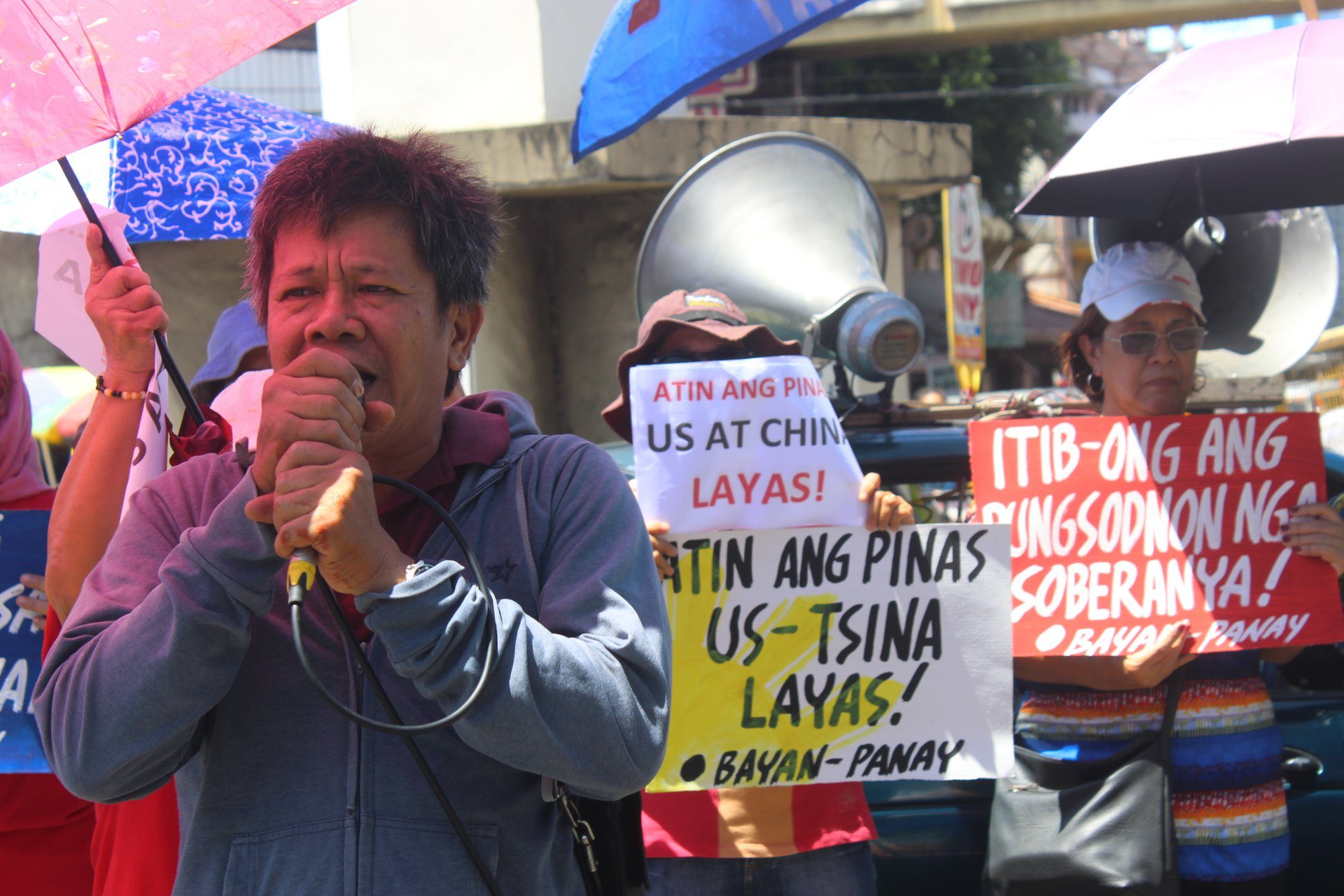 Facebook Twitter Copy URL
Copied
Progressive group Bayan condemns the arrest of one its leaders, claiming it is is based on 'trumped-up' murder and frustrated murder charges

The Philippine National Police (PNP) said in a statement that Forro was arrested at around 4:10 am in Sitio Bangko, Barangay Lutac in Cabatuan, Iloilo, based on warrants of arrest for attempted murder and murder, with no bail recommended.

“The Philippine National Police will continue to press police operations to account for members of the communist New People’s Army and its affiliates who are the subject of Warrants of Arrest issued by judicial authorities for crimes against the people,” the PNP said in relation to Forro’s arrest which coincided with the 53rd founding anniversary of the New People’s Army.

Bayan Panay deputy secretary general Bryan Bosque condemned the arrest, claiming it was based on “trumped-up charges.” He told Rappler they believe the arrest is related to charges filed against Forro in September 2020. The military had linked the activist leader to an alleged encounter with the NPA in Lambunao, Iloilo in April 2020.

“The trumped-up charges against Elmer Forro and all other political detainees should be immediately dropped, and the government must end the ongoing persecution of activists and the nationwide crackdown against progressive groups,” Bayan Panay said.

Forro had denied the allegations after the complaint was against him before the Iloilo Provincial Prosecutor’s Office, stating that he and slain activist Jory Porquia were, at the time, organizing aid to communities affected by COVID lockdowns.

“Forro appeared before the Iloilo Prosecutor’s Office to deny the military’s accusations, and also presented witnesses who attested that he was nowhere near Lambunao but was elsewhere before, during, and after the April 7 incident. However, Prosecutor Keenan Rhys Y. Jurilla resolved to file charges of murder and multiple attempted aurder against Forro along with other ‘John Does’,” Bayan said in a statement

“He was also arrested in Iloilo City on May 1, 2020, a day after Bayan Muna coordinator Jory Porquia was assassinated. Like Porquia, Forro has been the subject of repeated red-tagging,” the group added.

‘They shot my tatay 9 times’

The group noted that Forro “is a well-known activist in Iloilo City who frequently met with public officials, civic leaders, and the media, speaks during rallies and public forums, and led aid missions in urban poor communities since the start of the pandemic.”