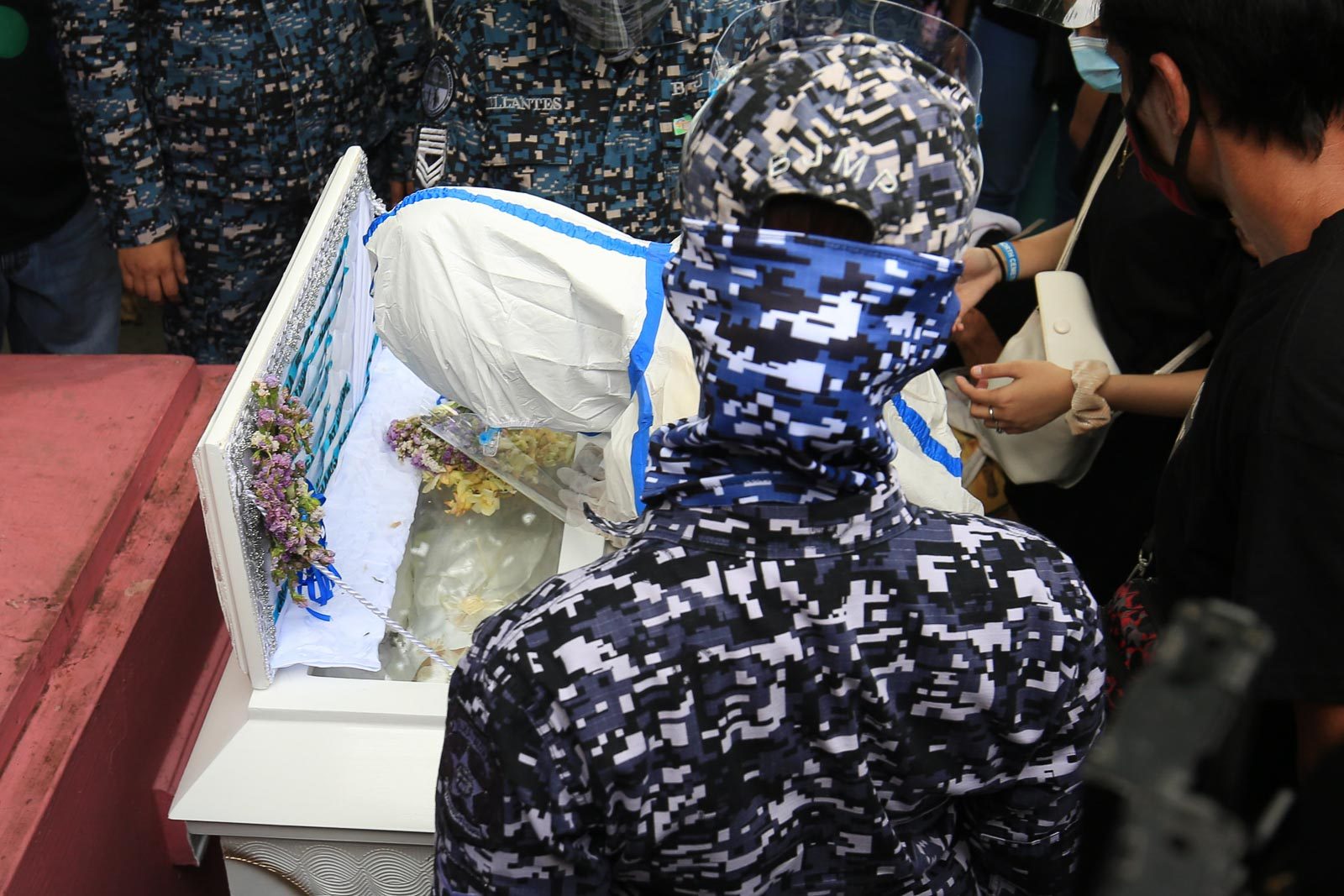 BABY RIVER. Activist Reina Mae Nasino clad in PPE and fully escorted by jail guards and police, pay her last respects as she attends the burial of her baby, River Nasino, at the Manila North Cemetery on Friday, October 16, 2020.

Facebook Twitter Copy URL
Copied
The complaint alleges that the collective actions of jail and police guards, from refusing to accommodate the baby inside prison, to the treatment of the activist during burial, amount to mental torture

After asking the Supreme Court to sanction the judge who handled her case, activist Reina Mae Nasino now sued the Manila police and her jail guards.

She accused the cops and jail guards of mental torture, which Nasino said was also an administrative offense punishable with the dismissal of the law enforcers from their jobs

Nasino filed on Wednesday, December 2, a 69-page complaint before the Office of the Ombudsman against a total of 23 jail and prison officials and personnel who were involved, one way or another, in her case.

Specified in Nasino’s complaint were those who refused to accommodate her newborn baby to be with her in prison, up to those who were part of the fully-guarded funeral of the 3-month old child.

Nasino is a 23-year-old activist who gave birth to baby River while jailed over illegal possession of firearms and explosives. River died at 3 months old in October in a case that put a spotlight on the judiciary and its inadequacies.

Monteron figured mostly in the complaint as she was the one who sent pleadings to the court citing lack of resources to refuse to accommodate River in jail for a year. Manila Judge Marivic Balisi-Umali sided with Monteron in these pleadings.

Nasino sued Umali at the Supreme Court, saying the judge’s actions amounted to gross ignorance of the law and gross misconduct.

[PODCAST] Law of Duterte Land: Philippine courts and the death of baby River 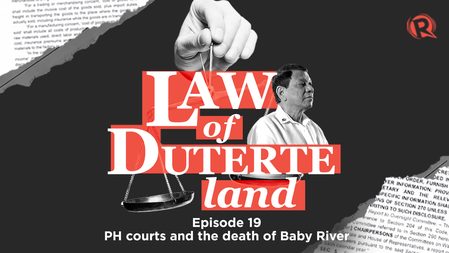 For refusing to let the infant River stay in jail with Nasino, Monteron and Iral face complaints for violation of Republic Act 10028 or the Expanded Breastfeeding Law.

The Breastfeeding Law provides for “an environment where basic physical, emotional, and psychological needs of mothers and infants are fulfilled through the practice of rooming-in and breastfeeding.”

Citing lack of jail resources, the month-old River was taken out of the jail facilities and separated from her mother on August 13. River died on October 9 because of pneumonia complications.

The graver accusation of mental torture was hurled against Iral, Monteron, Miranda and 14 other jail and police escorts for the way Nasino was treated during the wake and burial of baby River.

Nasino complained of an overkill treatment, as she was tightly guarded when she was allowed furlough to visit her dead child. During the funeral, the hearse, which was supposed to pass by the Supreme Court as a sign of protest against the justice system, sped off leaving mourners behind.

Nasino’s complaint accused the police and jail personnel of “snatching” her daughter.

Supreme Court must ‘get real’ about prison conditions

“To reiterate, respondents used the ruse of lack of
personnel on the part of the BJMP to drastically shorten the already
brief period I was given to be with my baby for the last time,” said the complaint.

“But there was no such shortage of security escorts. Again, about 50 police
personnel heavily guarded La Funeraria Rey on the first day of my
furlough,” the complaint added.

The security detail of the burial, where Nasino was guarded with escorts carrying high-powered firearms, violated Sections 4(b) and 5 of the anti-torture law, said the complaint.

Section 4(b) is mental torture, and Section 5 is cruel and degrading treatment of a person in authority against a person in custody.

The MPD and BJMP directors, like Iral and Miranda, were included by virtue of Section 13 of the anti-torture law which stated that “any superior military, police or law enforcement officer or senior government official who issued an order to any lower ranking personnel to commit torture for whatever purpose shall be held equally liable as principals.”

Attached in the criminal complaints were administrative complaints against the same people, for allegedly committing grave misconduct and grave abuse of authority.

These are administrative offenses under the Code of Conduct of Public Officials. In the Ombudsman process, the administrative complaints are usually resolved first where investigators determine whether to clear the people, or suspend, or fire them over the offenses.

The determination of criminal liabilities will come soon after. In some cases, the resolutions are issued together both for administrative and criminal complaints.

“All told, all the respondents, and possibly their respective superiors like Interior Secretary Eduardo Año, Police Generals Camilo Cascolan and Debold Sinas – should answer for their unimaginable behavior and unbelievable conduct, which is not only illegal but a disgrace to morals, norms, and humanity itself,” said the complaint.

“This is not only justice for me and my child, but justice for every human being,” the complaint added. – Rappler.com