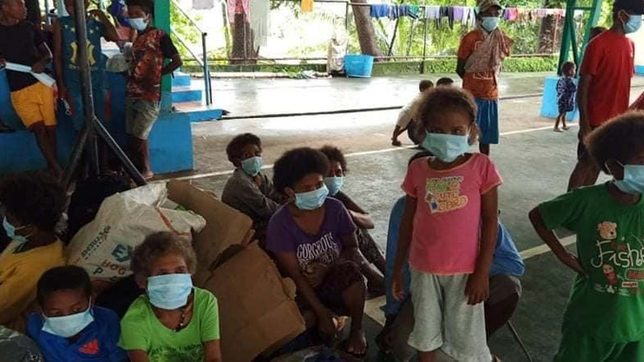 Aetas suspected of being members of rebel group New People’s Army (NPA) were fed with human excrement, beaten, and abused by the 7th Infantry Division of the Philippine Army, indigenous rights group Sandugo allege in a complaint filed with the Commission on Human Rights Monday, August 31.

A firefight occurred between the NPA and the military at Sitio Lumibao, Barangay Buhawenangon on August 21, after which several Aetas were arrested under suspicion of being part of the rebel group. It was these suspects, Sandugo claims, that were abused by the soldiers.

The Army strongly denies the accusation.

“After the encounter, we have arrested individuals coming out of the scene where the two groups clashed, and then later on we found out that out of 9, 5 of them were members of the NPA. Three men and two women…. Those remaining 4, 3 of them are only minors aged 5, 10, and 12 years old, and then their mother, who is also a supporter of the NPA,” said Major Amado Gutierrez, Public Affairs Chief of the 7th Infantry Division.

Gutierrez said no abuse occurred after the arrest, and that the soldiers even brought the suspects to a doctor for medical treatment, and also gave them meals.

If the allegations are proven, the Armed Forces would not tolerate this and its soldiers may be held accountable for their wrong actions, said Gutierrez, who stressed that the soldiers respected human rights.

659 individuals, including 192 Aetas, had been evacuated during the firefight. One soldier and 5 Aetas – 4 of whom were minors – were killed in the encounter. – Rappler.com