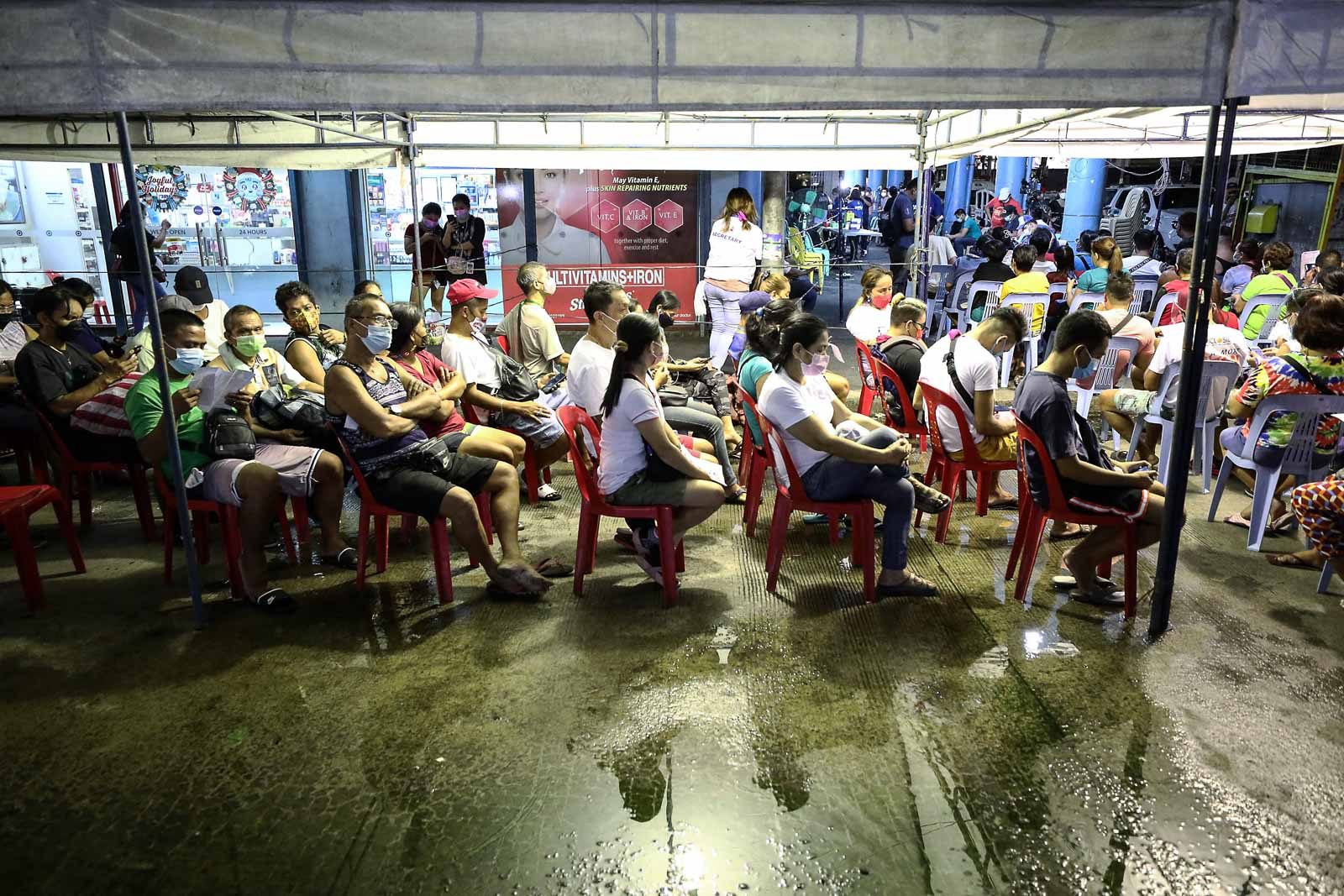 BOOSTER. Vendors and other workers at the night market in Divisoria queue for their booster shot under Manila's vaccination program, January 5, 2022.

MANILA, Philippines – Workers affected by the raising of Alert Level 3 due to the Omicron-fueled surge can apply for P5,000 cash aid from the Department of Labor and Employment (DOLE).

On Thursday, January 20, Labor Secretary Silvestre Bello III signed Department Order (DO) No. 232, which lays out guidelines for the COVID-19 Adjustment Measures Program for areas under Alert Level 3 and up.

The DO will take effect once published in the Official Gazette or a newspaper. In a message to Rappler, DOLE Director Rolly Francia said the DO has been sent for publication.

Under DO 232, private establishments may apply for cash aid on behalf of their employees. The latest guidelines also allow individual workers to apply for the assistance themselves.

The DO covers workers who were either temporarily laid off or permanently terminated due to the declaration of a higher alert level.

DOLE is asking workers who would be applying for the cash aid themselves to submit the following:

Private establishments and individuals may apply for the cash aid via reports.dole.gov.ph.

DOLE said workers whose employers already applied on their behalf are barred from submitting individual applications. Those who received aid from the DOLE partnership with the Department of Tourism are also not covered by the new DO.

DOLE said applications may be denied if the worker is ineligible to receive the aid, if facts in the application were misrepresented, or if documents submitted were falsified.

The department also said that if a worker fails to claim the cash benefit after 30 days, it would be given to someone else.

DOLE has allocated P1 billion for the program. A total of 200,000 workers will benefit from the assistance.

Metro Manila and several other areas are under Alert Level 3 until January 31. – Rappler.com