US Marine Lance Corporal Joseph Scott Pemberton (R) is escorted by Philippine policemen shortly after arriving at Camp Aguinaldo in Quezon City on December 1, 2015, from Olongapo City where a court convicted him of homicide for the killing of Jennifer Laude in a motel in October 2014. A Philippine court has convicted a US Marine of killing a Filipina transgender woman in a red light district, in a case that reignited long-simmering anti-US sentiment in the country. AFP PHOTO / TED ALJIBE / POOL (Photo by TED ALJIBE / POOL / AFP)

Facebook Twitter Copy URL
Copied
'While Filipinos who are convicted even of lesser crimes are never accorded such a privilege, an American who brutally killed a Filipina is allowed to walk free by the President himself,' says Senator Risa Hontiveros

“The presidential pardon of Pemberton is an unbelievable affront not only to the LGBTQI+ community but to the Filipino people,” Hontiveros said in a statement on Monday night, September 7, hours after the pardon was announced.

“While Filipinos who are convicted even of lesser crimes are never accorded such a privilege, an American who brutally killed a Filipina is allowed to walk free by the President himself. This current move also gives the lie to the so-called support of the President for the trans and the whole LGBTQI community,” Hontiveros added.

“This questionable and highly controversial pardon helps to redirect and divert the public’s attention away from the incompetent, corrupt, and failing COVID-19 campaign,” Pangilinan said in a separate statement.

Earlier on Monday, Foreign Secretary Teodoro Locsin Jr said Duterte granted Pemberton “absolute pardon.” This was to settle questions over “what constitutes time served” given that the American soldier had no control over where he was detained, “and to do justice.”

Pemberton’s case grabbed public attention on September 2, after an Olongapo City court ordered his release from jail, supposedly because he earned enough credits under the Philippine government’s Good Conduct Time Allowance (GCTA) to cover the remaining 4 years of his 10-year sentence.

Convicted of homicide in December 2015, Pemberton had only been in jail for 5 years and 10 months. However, the court said his good behavior while in jail earned him GCTA credits equivalent to him having served 10 years, one month, and 10 days.

The Laude family appealed the court decision, seeking explanation of how the convict could have displayed good behavior when he had been jailed by himself in a restricted facility at the Philippine military headquarters, Camp Aguinaldo in Quezon City.

The Department of Justice earlier refused to carry out the order for Pemberton’s release until the Laude family’s appeal is resolved. On Monday, Justice Secretary Menardo Guevarra said Duterte consulted him about the pardon, but it was ultimately “an act of grace” by the President. 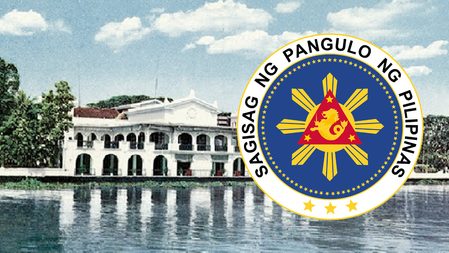 The Laudes’ lawyer, Romel Bagares, raised the question of whether Pemberton is covered by the GCTA in the first place, since his prosecution and detention in the Philippines were sanctioned by the Visiting Forces Agreement (VFA) with the US.

“The rule in international law is that a foreign armed forces allowed to enter one’s territory is immune from local jurisdiction, except to the extent agreed upon,” Bagares said, quoting a passage from a Philippine Supreme Court ruling.

Ratified in 1999, the VFA does not include the GCTA in provisions on the prosecution of US servicemen accused of crimes in the Philippines. The law establishing the GCTA was enacted in 2012.

On October 11, 2014, Pemberton and Laude were about to have sex at a hotel in Olongapo City when the soldier discovered Laude was biologically male. Pemberton flew into a rage, arm-locked Laude, and dunked her head into a toilet bowl, strangling and drowning her.

Pemberton was initially accused of murder, but his lawyers managed to downgrade the charge to homicide.

In a televised address on Monday night, Duterte defended his decision to pardon Pemberton, saying the American soldier “had not been treated fairly.”

“Such charity is immune from any challenge from any person, institution, or other branch of government. Any complaint about its exercise is futile. Seek to amend the Constitution if you wish,” Sotto said in a tweet.

Although the incident between Pemberton and Laude was “very unfortunate,” the President’s issuance of a pardon “prevents any future discordant issues that opposition politicians would try to exploit,” and has “laid the issue to rest,” Marcos added.

But for Hontiveros, Pemberton’s presidential pardon is an added blow not only to the Laude family but also to the LGBTQI+ community and every Filipino seeking justice.

(An American who killed a person is freed, while we hear news of our countrymen who are old or poor but are in jail just because they stole food.) – Rappler.com