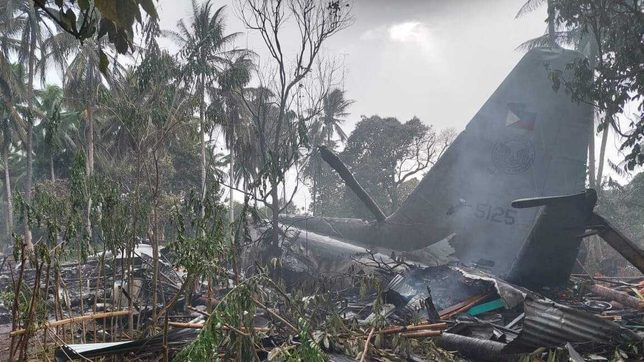 PLANE CRASH. A C-130 military plane crashed in Patikul, Sulu after it 'missed the runway trying to regain power' before noon on July 4, 2021.

Facebook Twitter Copy URL
Copied
The identities of 13 others have yet to be known, says the Armed Forces of the Philippines

Three more bodies in the C-130 plane crash in Sulu last July have been identified, said the Armed Forces in the Philippines (AFP).

In a statement on Sunday, August 8, the three were identified as:

These are based on a report from the Scene of the Crime Operation (SOCO) Crime Lab in the Zamboanga Peninsula.

The AFP said the Western Mindanao Command (Westmincom) has reached out to the families of the three military personnel. The military is also arranging for the immediate transport of the newly identified victims’ remains to their hometowns.

This brings the total number of identified cadavers from the plane crash to 37. The AFP said 13 bodies are still undergoing identification. 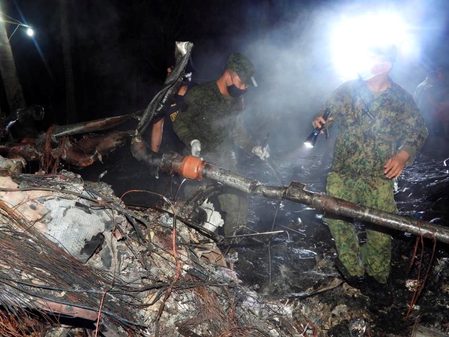 On July 4, the military’s C-130 Hercules plane crashed in Patikul town in Sulu, leaving at least 53 people dead, 50 of whom were military personnel.

The cause of the crash is still not fully known, as the investigation is ongoing. – Rappler.com