TRAGEDY. A C130 military plane crashed in Patikul, Sulu after it 'missed the runway trying to regain power' before noon on Sunday, July 4, the military says

Facebook Twitter Copy URL
Copied
The remains of the newly identified victims are being prepared for transport. The families have been informed of the development.

The Armed Forces of the Philippines (AFP) on Friday, July 30, announced that it identified four more bodies of military personnel who died in the C-130 plane crash in Sulu earlier this month.

In a statement released on Friday, the military said they had identified the following:

The AFP said they already reached out to the families of the newly identified crash victims. Their remains are also being prepared for transport and burial.

The recent identification of four more victims, brings the total identified victims to 33 cadavers. A least 17 others have yet to be identified. 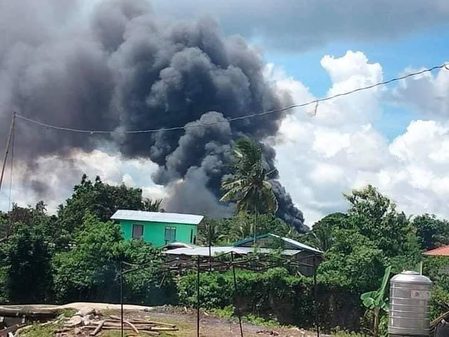 On July 4, the military’s C-130 Hercules plane crashed in Patikul town, leaving at least 53 people dead, 50 of them military personnel.

The black box, which contains the flight record of the plane, is in the US for analysis. – Rappler.com