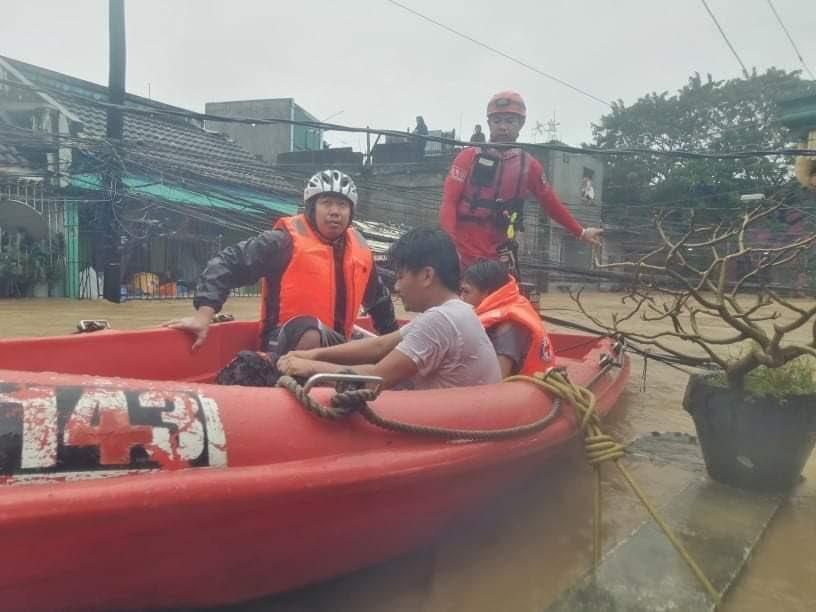 Floods brought by Typhoon Ulysses (Vamco) have reached the roof lines of thousands of houses in Marikina City but rescue boats can’t go against the current and the local government cannot conduct all rescues on its own.

Teodoro told DZMM on Thursday, November 12, that they coudn’t reach Provident Village, one of the most affected areas, just yet because the water current on the main roads is just too strong for rescue boats. Marikina City Hall, where resources are available, is also flooded.

(The local government can’t do this alone. Weather permitting, air rescue is needed because the people have fled to their roofs already)

Teodoro said the city has only 50 rescue boats.