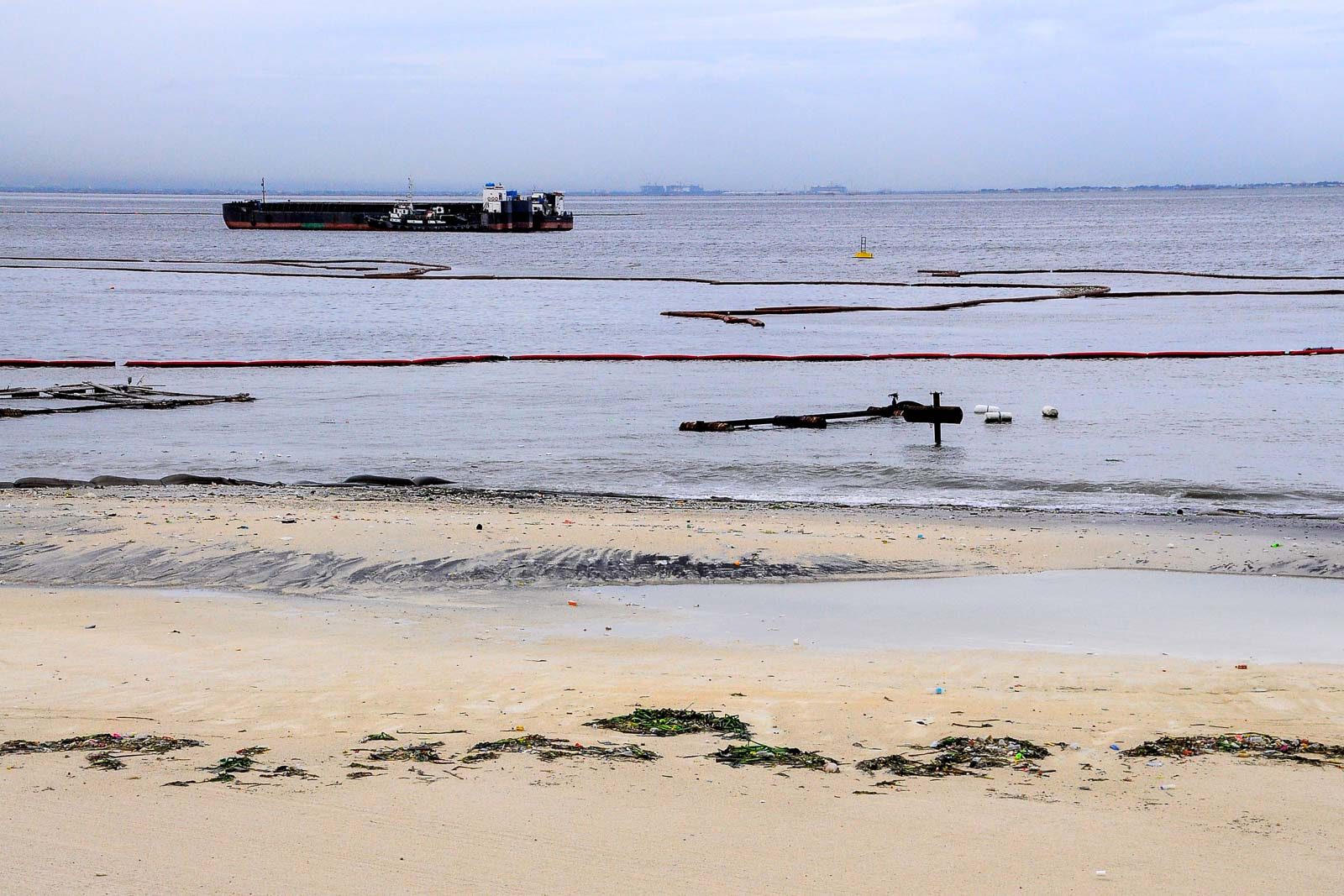 Progressive group Akbayan lamented as “quite sad” and “discouraging” the Supreme Court’s hands-off approach on a legal challenge to hold the environment department in contempt for dumping dolomite sand in Manila Bay.

“It lost the opportunity to protect the rights of Filipinos to a balanced and healthful ecology,” Akbayan chair emeritus Etta Rosales said in a statement on Friday, November 20.

The Supreme Court announced on Thursday, November 19, that it had denied Akbayan’s motion to intervene in the case.

Akbayan filed the motion in the context of a continuing mandamus that the Supreme Court issued in a landmark case in 2008, which is a continuing order for the government to rehabilitate Manila Bay and provide the Court with progress reports.

The Supreme Court said the contention on the beautification project is the use of dolomite, which is “a factual issue not ordinarily entertained by the Court.” The Supreme Court is not a trier of facts.

The High Court also said the legal challenge is a political question “which the Court may not venture into.”

The political question doctrine states that for issues that refer mostly to the wisdom of policy, it is best left to the discretion of political leaders, and not the Supreme Court.

“The Supreme Court has taken, quite sadly, a hands-off approach on an issue of transcendental importance. By denying our motion…it failed to help the public determine the safeness and sustainability of the Department of Environment and Natural Resources’ (DENR) dolomite sand dumping along the Manila Bay,” Rosales said.

The Supreme Court said that the DENR’s beautification project is not within the scope of the mandamus because  “the specific directive is simply to clean the waters of the bay and perform maintenance measures to keep it within the legal standards of cleanliness fit for recreation.”

“It failed to include in its assessment the DENR’s dumping of fake sand as a polluting act violative of its order,” said Rosales.

The Supreme Court also said it cannot provide remedies for a case that has been “concluded with finality.”

Akbayan was not a party to the 2008 case so it had to seek permission to intervene.

Akbayan called on the original parties to the case “to add their voices and take action on this matter even as we study our next legal steps to best respond to this development.”

Marine scientists from the University of the Philippines (UP) had said that the crushed dolomite “will not help solve the root of environmental problems in Manila Bay.”

“The opinion of experts throughout the scientific community has repeatedly expressed the hazards, both in the short and long term, of the dolomite project. The public would do well to listen to their advice,” said Rosales. – Rappler.com