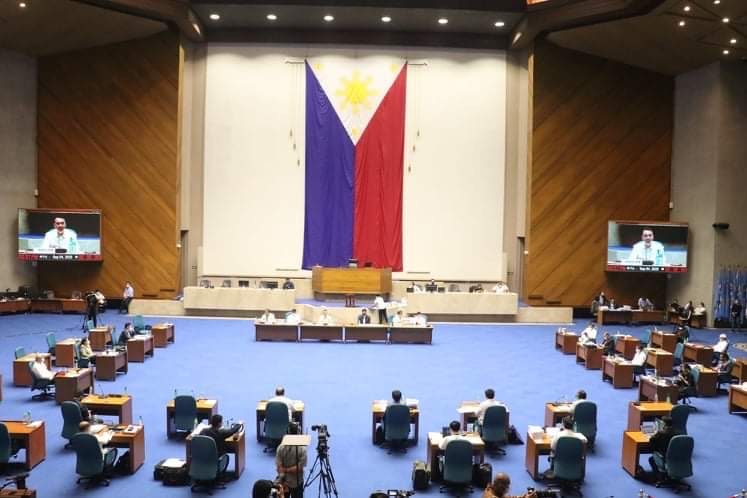 The House of Representatives on Friday began its deliberations on the P4.506 trillion proposed national budget for 2021 by opening the proceedings to the public. The move was done under the leadership of Speaker Alan Peter “Compañero” Cayetano who vowed transparency during the deliberations. “We will work closely with the Executive, with the Senate in passing this budget. But also with the media, so that people will be much more informed,” the Speaker said. Committee on Appropriations Chair Rep. Eric Go Yap likewise welcomed the participation of Filipinos in the budget hearings. “I-o-open namin sa public ang budget hearing na ito, at i-involve namin lahat ng Pilipino,” Yap said. Meanwhile, the Development Budget Coordination Committee composed of Budget Secretary Wendel Avisado, Finance Secretary Carlos Dominguez, acting Socioeconomic Planning Secretary Karl Kendrick Chua, and Bangko Sentral ng Pilipinas Governor Benjamin Diokno briefed the House on the proposed 2021 National Expenditure Program entitled “Reset, Rebound, and Recover: Investing for Resilience and Sustainability.” The proposed P4.506-trillion national budget for 2021 is higher by 10 percent than the 2020 budget of P4.1 trillion. It is equivalent to 21.8 percent of the country's gross domestic product. The lion’s share of allocation shall go to social services which should see a budget of P1.66 trillion or 36.9 percent of the proposed budget. These include priority programs for health systems improvement to strengthen the country’s capacity to address the COVID-19 pandemic. Photo from Press and Public Affairs Bureau

Lawmakers allied with House Speaker Alan Peter Cayetano said any effort to replace Cayetano during the special session called by President Rodrigo Duterte would “disrupt” the passage of the 2021 national budget.

“We appeal to the other members that they not disrupt the procedure,” Villafuerte said in a briefing on Zoom, broadcast through Cayetano’s Facebook page.

The lawmakers argued that a leadership change would entail an overhaul of the House’s order as changes in key positions are expected to follow with having a new House speaker. (READ: Duterte, Cayetano and the cards they play in the House)

They added that making even just a manifestation to replace Cayetano would “disrupt” the flow of the budget deliberations. If the 2021 budget is not passed on time, the 2020 budget would be reenacted.

The problem with reenacting the 2020 budget is that it has not accounted for the coronavirus pandemic and its impact on the country’s economy and welfare.

What did the other congressmen say?

Leading congressmen from different political parties joined the call for the passage of the 2021 budget and the setting aside of leadership changes.

Why the Sunday briefing?

The press briefing was announced after rumors swirled that Davao City Mayor Sara Duterte met with Velasco on Friday, October 9, and expressed her endorsement for his House takeover.

The ruling party PDP-Laban also issued a statement calling for the House to follow the term-sharing agreement brokered by President Rodrigo Duterte, under which Velasco would replace Cayetano on October 14.

“For the PDP-Laban, the party’s stand remains unchanged for 15 months and can be summarized in 3 words: honor the agreement,” PDP-Laban spokesman Ron Munsayac said in a statement on Sunday.

In the end, numbers would dictate whether there would be any movements in the House, and how these could affect the passage of the budget bill. The Cayetano-allied congressmen displayed their domination after they rejected the resignation of Cayetano as Speaker on September 30.

“If they don’t want any problems, they should just show their numbers,” Villafuerte said at the end of their briefing. – Rappler.com