Former foreign secretary Albert del Rosario said that China’s latest act of aggression in the West Philippine Sea, where Chinese coast guard fired water cannons against Philippine boats, may be traced back to the “wrong policy” of the Duterte administration.

“While the Philippine response protesting China’s action is commendable by itself, it is nonetheless disheartening to note that this aggression may be traced back to the wrong Philippine policy,” Del Rosario said in a statement on Thursday, November 18. 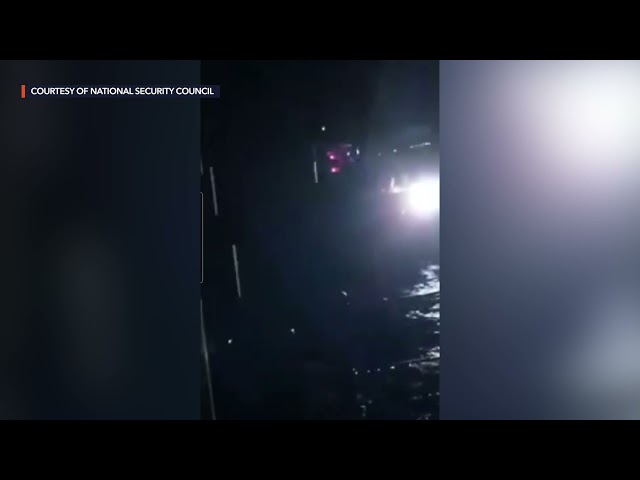 The aggression was captured on video and shared to reporters by National Security Adviser Hermogenes Esperon Jr. , who chairs the National Task Force for the West Philippine Sea (NTF-WPS).

The NTF-WPS and the Department of National Defense have yet to issue a statement on the incident.

In his statement, Del Rosario also noted that the Duterte administration’s focus on bilateral diplomacy in addressing the situation with China in the West Philippine Sea did not benefit the Philippines.

“We focused principally on bilateral diplomacy while neglecting the other tools in our toolbox which would have enabled us to move the tribunal’s ruling to the next level,” said the former Philippine top diplomat.

During his watch, President Rodrigo Duterte, in his function as chief architect of Philippine foreign policy, never enforced the 2016 Hague ruling that favored the country’s claims in the West Philippine Sea. The same ruling adjudicated that Ayungin Shoal is part of the country’s continental shelf, which means that only the Philippines has exclusive sovereign rights over the feature.

The Philippine Navy ship BRP Sierra Madre has also been aground as a permanent outpost since 1999 in the area to enforce the Philippine sovereign rights. – Rappler.com