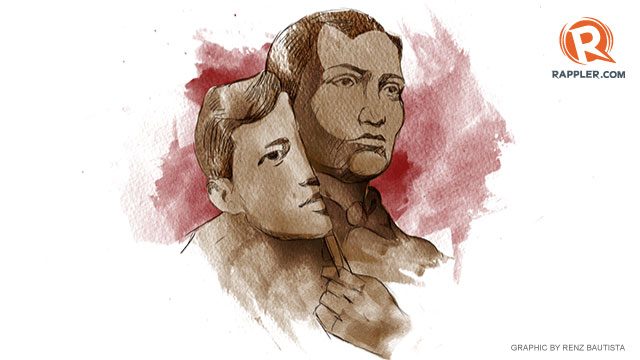 Whether you think he should be the country’s official national hero or not, knowing more about Andres Bonifacio won’t hurt. Consider it your gift to the Supremo of Katipunan.

Rappler compiled 10 facts about Bonifacio: myths we should clarify, trivia we can refresh our memory with, and of course, his execution – one of the most controversial deaths in Philippine history.

1. Bonifacio was a versatile, young worker

The young Bonifacio, out of necessity, started beefing up his resumé at an early age after his parents died of tuberculosis. As the new head of the family, he made walking canes and paper fans with his brothers and sisters at night, selling them at premium prices in Manila’s busy streets in the morning.

He also took on other jobs to sustain them:

2. Is the hero of the masses really poor?

Before Erap, there was Bonifacio – a true leader of the masses. But the title does not mean he was dirt-poor, when his patrons were the rich who bought his canes and fans.

In the two firms he was employed in, Bonifacio was also promoted. According to historian Michael “Xiao” Chua, the hero’s monthly salary then is equivalent to P18,000 today.

3. Who dared calling him the ‘Bobong Supremo’?

Because he was orphaned and had to support his siblings at a young age, he was often called uneducated. But according to scholars, he studied in Guillermo Osmeña’s school in Cebu, and reached what is now second year high school.

His employer, Doña Elvira Prysler, even remembered Bonifacio holding a book every lunch time. What does a national hero read? See for yourself:

“Shutting a book, he would announce to Nonay (Espiridiona) that he had just completed a course in law or in medicine,” Sylvia Mendez Ventura wrote.

You know what they say: Picture or it didn’t happen.

The same may be said of what the national hero really looks like. Most monuments and history books like dressing him up in a camisa de chino, with a red handkerchief around the neck and a bolo in one hand. But in his only surviving photograph, Bonifacio is wearing what looks like a coat and tie.

Historian Isagani Medina also wrote about how Bonifacio dressed neatly and well in spite of his meager resources, and of his penchant for carrying an umbrella regardless of the weather.

It was a secret society after all. The final test to be a Katipunero was a blood compact (sandugo) reminiscent of the first one Filipinos shared with the Spaniards early in history. It was the Katipunan’s way of capturing the narrative from the “traitors” and making brotherhood their own.

But the twist to the Katipunan’s sandugo was that they wrote their oath in their own blood. After this, they chose a symbolic name for themselves. Quite interesting was the Supremo’s choice of name, and quite telling too, for a leader of a hopeful nation: MAYPAG-ASA.

6. Bonifacio picked up a pen too

National Artist and Komisyon sa Wikang Filipino chair Virgilio Almario argued that Bonifacio is a better writer than Rizal because his works – dubbed “akdang Katipunero” – were more easy to grasp for the masses than the writings of the ilustrados. (READ: His Excellency, President Andres Bonifacio?)

Perhaps the best example of this is Bonifacio’s “Pag-ibig sa Tinubuang Bayan (Love of Fatherland),” a compelling poem about one’s love for the nation – an ideology at the very heart of the revolution.

He also wrote other pieces like “Ang Dapat Mabatid ng Mga Tagalog (What the Filipinos Should Know)” and “Tapunan ng Lingap (Care a Little).”

There’s no doubt Bonifacio read Rizal’s work, considering how widely-read the books were at the time. But to say Bonifacio was merely inspired by Rizal to revolt is only half the truth, Chua said.

“If you look at it, when Bonifacio created the Katipunan, it was so different from what the Ilustrados are thinking…Bonifacio had a clear concept of who we are as a people, and I’m sorry to say, even more than Rizal.”

The year 1896 was so tough for Bonifacio that “A Series of Unfortunate Events” may actually pale in comparison:

Holy Week: The nipa-roofed house of Bonifacio and his wife Gregoria de Jesus (Katipunan name: Lakangbini or Lakambini) in Sta. Cruz was burned down during the Holy Week of 1896

Shortly after the loss of their home: Their baby boy Andres died of smallpox

August 19: Katipunan was discovered after Teodoro Patiño, an unhappy member of the Katipunan, told Fr Mariano Gil about the secret society. Many Filipinos were arrested, jailed, and shot as a result. Andres and Gregoria went into hiding.

August 23: Bonifacio, with other Katipunan leaders, met in Pugadlawin, tore up their cedulas (residence tax papers) and vowed to fight the Spaniards down to the last man.

August 30: The first battle of the Philippine Revolution commenced, led by Andres Bonifacio and his best friend Emilio Jacinto. Out of their 800-man army, more than 150 Katipuneros died and another 200 were captured.

9. Not your hot-tempered kind of hero

There has been a longstanding debate on who our national hero really should be, with supporters of Rizal arguing that Bonifacio revolted through violent means when their hero was a peace-loving man. It doesn’t help Bonifacio’s image either that he pointed a gun at Daniel Tirona during the Tejeros Convention.

But context is always important, Chua said. At that time, Bonifacio drew his gun to challenge Tirona to a duel – what Chua called “defending [one’s] honor with blood” – after Tirona called him an uneducated man.

And if his war strategy during the 1896 Battle of Manila is any indication, it supports accounts that he doesn’t attack aimlessly. E. R. Azicate wrote in Filipino: “Bonifacio had great capacity as a military leader if the basis is planning, preparing, coordinating, and executing the game plan. In short, he is good at strategy and tactics.”

10. What were the last scenes leading to Bonifacio’s death? Choose your own ending.

On April 26, 1897, Bonifacio was arrested. Tried by a military court in Maragondon, Cavite, for only 12 days, he was charged with treason for trying to overthrow Emilio Aguinaldo and his government.

As if his trial was not controversial enough, Ambeth Ocampo even mentioned in his book, “Bones of Contention,” what he called an “ugly bit of history” in the narrative: the supposed rape of Gregoria de Jesus:

“Bonifacio in his testimony told the court that Col. Yntong was forcing his wife into an empty house ‘sa talagang kilos na ilugso ang kapurihan’ but this was averted when the other officers objected. Later in Indang, Col. Yntong attempted to rape Aling Oryang again but this time, Bonifacio pleaded with Tomas Mascardo who mercifully intervened…It was possible that one of the motives for raping Aling Oryang was that it would further humiliate Bonifacio.”

Yntong is Col. Agapito Bonzon, head of the officers sent by the new government to arrest Bonifacio.

Bonifacio and his brother Procopio were sentenced to death on May 8, 1897, supposedly on Aguinaldo’s orders. Two days after, they were brought to Mt Nagpatong, where Gen Lazaro Makapagal carried out the sentence and shot the brothers. This is the widely-accepted ending to the life of the Father of the Philippine Revolution.

That is, until the 1950s and 1960s, when Ocampo said another narrative from Guillermo Masangkay, one of the first members of the Katipunan, claimed Bonifacio was hacked to death with bolos.

“As they did not want to waste precious ammunition they decided to use bladed weapons.” – with research by Buena Bernal and Nigel Tan/Rappler.com