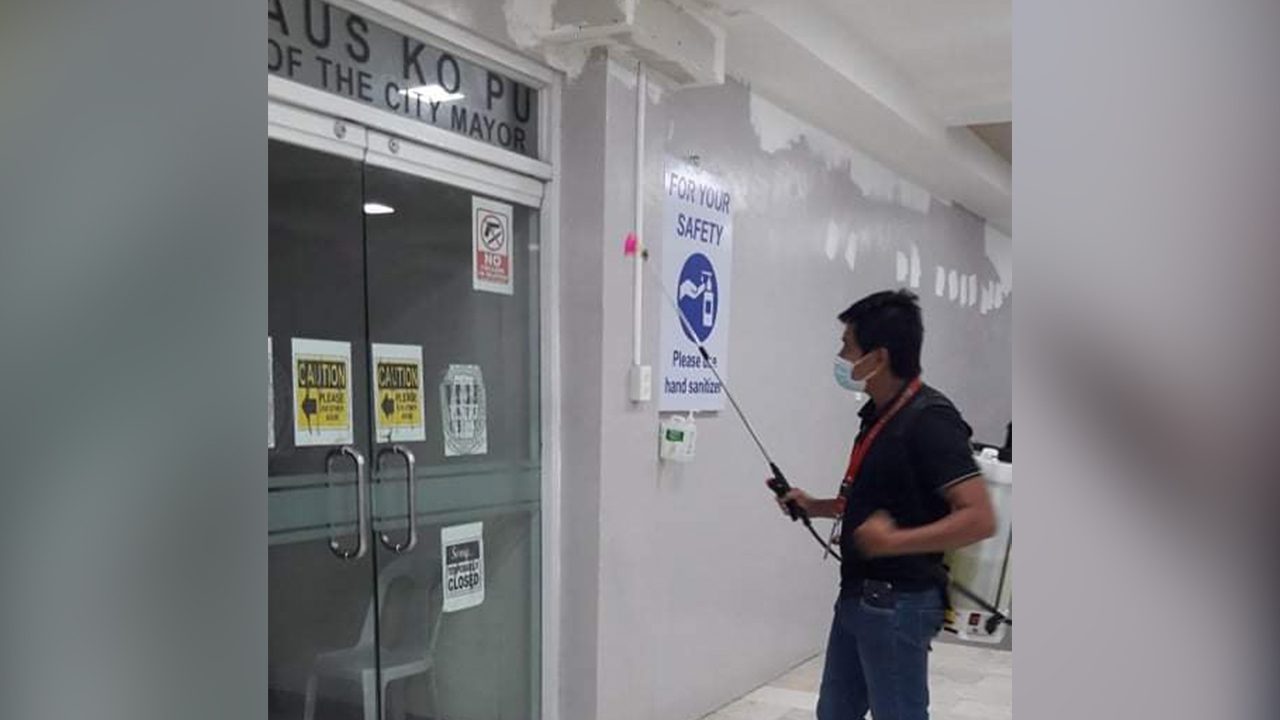 PAMPANGA, Philippines – Aside from face masks, all persons in public places within Angeles City are required to wear face shields starting Saturday, August 15.

“Please be advised that starting August 15, 2020 (Saturday), all individuals visiting malls, public markets, public establishments, and other public places are required to wear face shields (aside from face masks),” the mayor said in his memorandum dated August 13.

The directive was made on the day the city government ordered the temporary closure of Ayala’s Marquee Mall adjacent to the city hall in Barangay Pulung Maragul.

In an advisory, the city government said: “Mayor Carmelo Lazatin Jr orders the immediate and indefinite closure of Marquee Mall effective August 13, 2020, 8:00 pm. This is to give way for the proper disinfection and contact tracing of the mall due to a reported confirmed COVID-19 case.”

The Department of Foreign Affairs’ consular office inside the mall, which accepts passport applications, advised the public that it would suspend its operation until the mall reopens. It said that passport applicants who have prior appointments and schedules during the mall’s closure would be accommodated until September 14.

The city government’s Facebook advisory on mandatory wearing of face shields got around 700 comments from netizens as of Friday morning. Most of them found the new requirement impractical and unreasonable.

Some said that it would be hard for the tens of thousands of residents and other people working or buying goods in Angeles City to buy face shields promptly.

“Releases memo barely 2 days prior to implementation. Those with surplus and some of those enforcing this, see opportunity. Those with none see this as burden or will panic and give in to opportunistic sellers,” one commented.

“I wonder how much it would cost to buy a face shield after 2-3days. Php100-200? What an insane political Idea,” another said.

(I hope they would give away free face shields because people are complaining that they would prioritize buying food first. Prices would suddenly increase.)

“This is ridiculous for a virus where 99% of the cases worldwide are mild or asymptomatic. Plus plastic is just a virus and germ magnet, covid virus will live on plastic for up to 3 days!” said another.

Several commenters expressed their support to the new requirement, saying it would help in the fight against the spread of novel coronavirus.