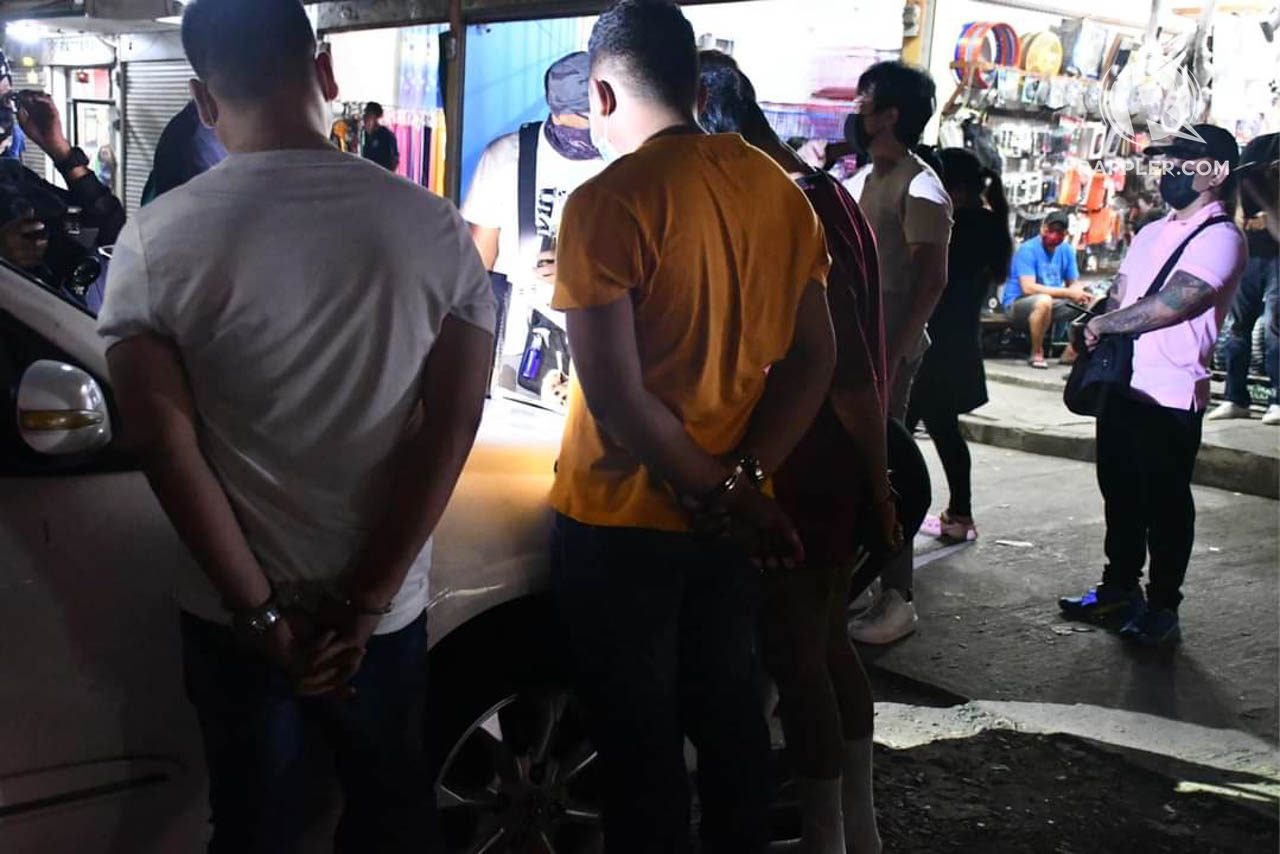 BUSTED. An officer of the party-list group People's Volunteer Against Illegal Drugs and 2 others are held by the NBI after a drug raid in Dasmariu00f1as, Cavite. Dennis Abrina/Rappler

CAVITE, Philippines – The National Bureau of Investigation (NBI) arrested a reported officer of an anti-illegal drugs party-list group and two others in a buy-bust operation Monday afternoon, January 24, at Barangay Paliparan III in Dasmariñas City.

In its report, the NBI said that during the inquest proceeding, it was learned that Abdulkarim was a nominee of the party-list group People’s Volunteer Against Illegal Drugs (PVAID). An ABS-CBN news report said, however, that the suspect was not a nominee but a regional officer of the said party-list group.

According to ABS-CBN, PVAID condemned Abdulkarim’s alleged drug links, and vowed to do an internal investigation into the matter.

According to the report of NBI-TFIAD, Abdulkarim told his driver, whom he was not aware was an NBI informant, to fetch him and Asrap in Roxas Boulevard, Pasay City and take them to Dasmarinas City in Cavite.

The NBI informant said he drove the suspects on board a white Nissan Sentra vehicle to Paliparan III in Dasmarinas.

Upon reaching their destination, the minor boarded the vehicle and turned over to Asrap a small box allegedly containing the shabu. It was this box which the suspects handed to the poseur-buyer NBI agent and resulted to their arrest.

The seized items were turned over to the NBI-Forensic Chemistry Division, which later certified that this was shabu. The NBI-FCD took over the items for safekeeping.

The suspects were charged for violation of Sections 5 and 11 of RA 9165 (The Comprehension Dangerous Drug Act of 2020) and are now temporarily detained at NBI Custodial facility. – Rappler.com

Editor’s Note: An earlier version of this report identified Jerklie Abdulkarim alias Datu as a nominee of the party-list group People’s Volunteer Against Illegal Drugs, based on the report of the National Bureau of Investigation. It’s been updated to reflect that Abdulkarim is not a nominee but a regional officer of the group.