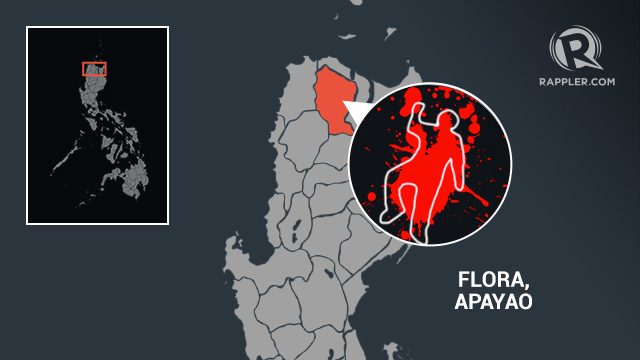 The Apayao Provincial Police formed has formed a task force to investigate the killing of the former mayor of Flora town on Tuesday, July 28.

Richard de San Jose, former mayor of Flora, Apayao, was shot dead while drinking with friends inside a restaurant along Sampaguita Street, Poblacion West, in his hometown at 9 p.m. on Tuesday.

De San Jose was inside the restaurant when two men wearing camouflage uniforms entered and shot him at close range.

He was rushed to the Flora District Hospital, but was declared dead on arrival, the police report said.

Police said a bullet hit his left shoulder and exited through his breastbone.

Recovered from the scene was an empty shell of an M16 rifle.

A manhunt for the suspects is underway.

At the time of his death, he was the indigenous people’s representative of his town. His wife, Jessica, is the vice mayor. – Rappler.com