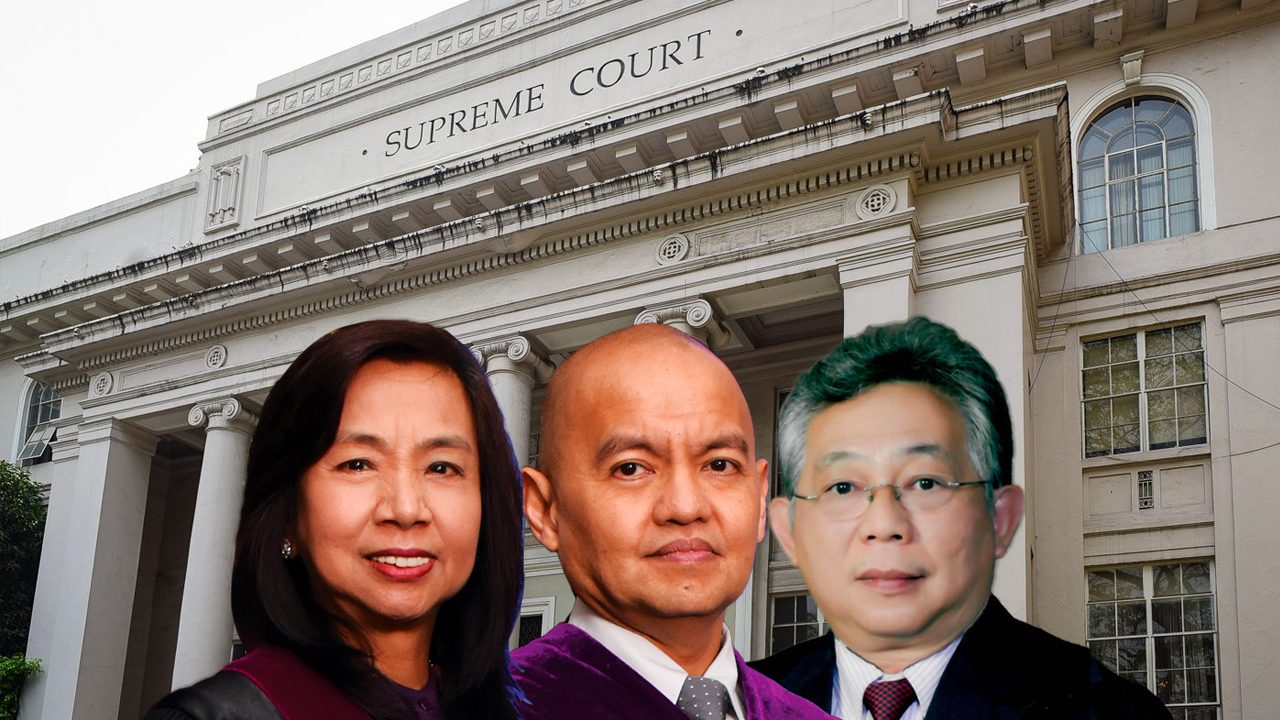 MANILA, Philippines – The remaining three Supreme Court appointees of the late former president Benigno “Noynoy” Aquino III wanted to gut the feared anti-terror law, two of them voting for a triple kill, but they lost to President Rodrigo Duterte appointees.

The Supreme Court in an en banc ruling on December 9, 2021, upheld most of the anti-terror law, striking down only two parts: the so-called killer proviso under Section 4 which was feared to give leeway to law enforcement to interpret dissent as an act of terrorism. Some petitioners called it a small victory, while others slammed it as terrible consolation and failed to stop the dangers.

The other struck down provision was the second mode of designation under Section 25, which is adopting a designation by a foreign jurisdiction.

The third and last mode of designation under Section 25 was most feared, as it authorizes the anti-terror council to tag as terrorists anyone it deems to be so, without public hearings and without a chance for the suspects to rebut. They can only seek to delist after their names have been published.

Voting to get rid of the arbitrary designation, Bernabe said “these generalized parameters under the law may lead to weak and baseless findings based on mere suspicion and questionable evidence, thereby virtually granting the Anti-Terror Council unbridled discretion in designating any suspected person or organization as terrorists.”

Bernabe, who is retiring on May 15, also would have wanted to delete the phrase “organized for the purpose of engaging in terrorism” from Section 10 that criminalizes recruitment to terrorist groups.

Bernabe said that phrase was “unreasonably vague,” saying that it would have punished recruitment to a group over “a mere purported intent to commit terrorism in the future.”

Leonen and Caguioa, third and fourth in the line of seniority and retiring 2032 and 2029 respectively, voted for the triple kill.

The two voted to strike down the killer proviso, the arbitrary designation under Section 25, and the warrantless arrest and prolonged detention powers of the anti-terror council under Section 29.

Under Section 29, the anti-terror council can order the arrest of suspects without court-issued warrants, and they can also authorize their detentions for as long as 24 days. The longest warrantless detention sanctioned under our laws is 36 hours for those arrested without warrant as provided by the revised penal code, and three days if we are in the state of martial law as provided by the Constitution.

Leonen said if Section 29 were to be upheld – which it was – a person may be arrested and detained “simply based on an overzealous law enforcer’s interpretation.”

“When a law is overboard or vague such that one does not know whether their speech constitutes a crime, the law chills them into silence: altogether refusing to speak for fear for prosecution,” said Leonen.

Caguioa, who hammered on this point during oral arguments, said in his separate opinion that Section 29 “violated the principle of separation of powers” and “infringed on the right to liberty and the right to be secure against unreasonable searches and seizures.”

Caguioa said the Constitution precisely said three days maximnum “to prevent a repeat of the atrocities that happened during martial law under Ferdinand E. Marcos.”

Drilling that point, Caguioa said the Constitution fixed this “because of the scar left by our dark years under martial law of Ferdinand E. Marcos,” permitting only three days “under the most dire circumstances like open war.”

“It defies logic that such period of detention can become longer for a situation that is less than open war,” said Caguioa.

Those who also voted to strike down Section 29 were Associate Justices Samuel Gaerlan, Jhosep Lopez and Japar Dimaampao.

Bernabe did not vote to strike down Section 29, saying the prolonged detention period “constitutes reasonable and narrowly-tailored counterterrorism measures designed to protect public safety and national security from the ever-evolvng problem of terrorism.”

Justifying upholding Section 29, the ponencia written by now-retired associate justice Rosmari Carandang said the warrantless arrest provision only follows what is already permitted by the current rules of court- in case of caught in the act, or if there is probable cause to believe a crime was committed.

Carandang wrote in her ruling, Section 29’s prolonged detention period doesn’t violate or repeal the revised penal code, instead it compliments it.

“Consider Article 125 (of the Revised Penal Code) as the general rule that also applies to anti-terror act related offenses when the conditions under Section 29 are not met,” said the ponencia.

Chief Justice Alexander Gesmundo voted mostly to uphold the law, writing in his 200-page separate opinion that Sections 25 and 29 are not unconstitutional. 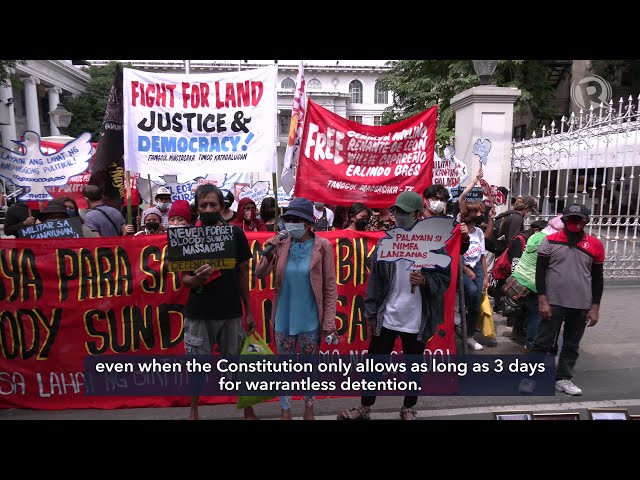