Facebook Twitter Copy URL
Copied
'It looks like the cremation ashes of people who died of COVID-19 are mixed with PVC and other foreign objects. I don’t know how the loved ones of the dead would react to this,' says councilor George Goking

Cagayan de Oro’s councilors will start an investigation into the operations of a crematorium over complaints of pollution and a damning disclosure that it has been including body bags and other synthetic plastic-made personal effects of people who died of COVID-19 in its cremations.

Engineer Armen Cuenca, city hall’s environment chief and concurrent head of the management of the dead cluster of the local COVID-19 interagency task force, had been summoned by the city council’s trade committee that will start an official inquiry on Friday, September 3, into the cremations taking place in Barangay Bulua.

The crematorium, owned by the Divine Shepherd Memorial Gardens, is one of two crematoria operating in Cagayan de Oro. Started in 2009, it is the first crematorium in the city and Northern Mindanao.

Councilor George Goking, chairman of the city council’s committee on trade and commerce, said the panel decided to start a motu proprio investigation into the operations of the crematorium over complaints about its frequent emission of thick black smoke.

From afar, the smoke looked like an entire neighborhood was being razed to the ground by fire. 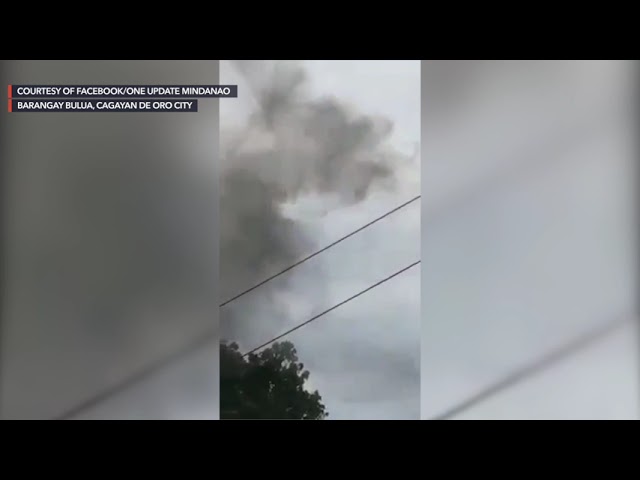 Goking said a video of the smoke emanating from the crematorium’s furnace was disturbing, and Cuenca’s subsequent explanation made matters worse.

In a statement, Cuenca said the thick black smoke was due to the burning of the personal belongings of the dead during the cremation process.

(The black smoke is produced only during the first five minutes of the cremation process. It’s because body bags made of PVC, cellphones, laptops, and other personal belongings of the dead during their period of hospital confinement were included in the cremation.)

The disclosure raised eyebrows, and Goking said more serious questions surfaced as a result of the information Cuenca volunteered.

“This suggests that not only is this a mere environmental concern. It looks like the cremation ashes of people who died of COVID-19 are mixed with PVC and other foreign objects. I don’t know how the loved ones of the dead would react to this,” said Goking.

He said the Divine Shepherd crematorium raised serious concerns about how the dead were being cremated in the city and how it has been affecting the environment.

“There are laws on the environment. It’s unlawful to burn PVC and other non-biodegradable materials,” Goking told Rappler.

He said Cuenca should explain how these happened, given that he is the head of the City Local Environment and Natural Resources Office (CLENRO) and the management of the dead cluster of Cagayan de Oro’s COVID-19 task force.

Goking said the committee would also try to find out if the crematorium’s facilities were compliant with environmental standards set by the government and how it secured a business permit.

He said he hoped the investigation would shed light on the qualifications of people involved in the cremation process, the crematorium standards, and if these were being strictly enforced by city hall.

Maricel Rivera, city hall spokesperson, said the complaints have reached the attention of Mayor Oscar Moreno, and the city government has started looking into the concerns.

Rivera said city hall was concerned because it has been spending millions of pesos for the management of the dead since the start of the COVID-19 pandemic.

City hall has spent some P30 million for the cremations and burials as of August 10. Of 1,175 people who died or were suspected to have died of COVID-19 in the city from 2020 to early August, 787 were cremated.

Rivera said Divine Shepherd has already sent notice that it has opted to temporarily stop its operations on Thursday, September 2, to make adjustments apparently as a result of the complaints.

She said the announcement would slow down the cremations and adversely affect the operations of the management of the dead cluster of the local COVID-19 task force.

Rivera, however, said she could only speculate that the local crematoria have also been overwhelmed just like Cagayan de Oro’s hospitals when COVID-19 cases began surging in the city and Northern Mindanao, starting from the second quarter of the year.

Goking said the city’s two crematoria are needed by the city at this time of the pandemic and it is unlikely any of them would be shut down by the local government.

“But we need to protect the environment, and we don’t want the cremation ashes of our loved ones desecrated with synthetic plastic and other foreign objects. This is a balancing act. What we will do is to correct what can be corrected,” he told Rappler. – Rappler.com