MANILA, Philippines – A combination of old institutional issues and new problems arising due to social media marked the discussion on the online forum – “EDSA on My Mind: Remembering the 1986 People Power Revolution” – on Tuesday, February 23. Panelists say that the mainstream media will need to overcome these hurdles to fulfill its role in the coming elections.

Lingao pointed out that the media is responsible for asking the right people the right questions. Asking candidates about their platforms may not be enough, saying that these are just promises and should not be taken at face value.

“I think what’s more important is for candidates to be grilled on certain specific issues that will hound them or are still hounding them in the past,” Lingao said

The veteran journalist raises several questions hounding presidential candidate Ferdinand “Bongbong” Marcos Jr, including ill-gotten wealth, unpaid tax liabilities amounting to P23 billion, and another six billion dollars yet to be recovered. These are examples of controversies that the media should call the candidate’s attention to during interviews.

Winnie Monsod: Should we allow the late dictator’s son to be president? “What will happen to all of that? So these are questions that the media need to ask. Ang problema lang (the problem) is I think a lot of reporters and editors don’t even bother to do research before asking questions. Hindi naitatanong pag may pagkakataon (Question aren’t asked even if the chance presents itself). Also, a lot of reporters don’t feel comfortable with uncomfortable questions themselves. So doon may problema ang media (that’s where the problem lies with the media),” he says.

Marcos Jr. is gunning for the presidency in the May elections, sustaining the lead as top presidential pick in Pulse Asia’s January 2022 polls. He is the son of the dictator Ferdinand Marcos Sr. who was toppled by the People Power Revolution in 1986.

Monsod interjects Lingao, saying that it’s difficult for the mainstream media to get answers from Marcos Jr. because he does not attend presidential forums, debates, and interviews where he could address the controversies.

“He’s trying to be above it all and say he wants unity and nothing else. The fact is, he’s really scared. Because if Ed Lingao gets to him and starts asking those questions, he’ll not be able to answer. But Ed Lingao doesn’t have the opportunity because Mr. Marcos refuses. He will not join any public debate for fear that the emperor has no clothes.” Monsod said. [READ: Marcos Jr. sustains lead in January 2022 Pulse Asia poll]

Lingao replies that the media can only insist to interview candidates like Marcos Jr. since not even the Comelec can force them to attend public events. He adds that if there’s a chance to interview candidates, the media can sometimes ask the interviewer to throw a question about an issue or a controversy that they want the candidate to address. It is, however, not enough since there is no room for follow up questions.

The veteran journalist then mentioned the difference between the coming elections from past elections, noting that social media is gaining a foothold in influencing the public to vote for a certain candidate.

“Nalulusaw ‘yung influence ng mainstream media in the elections (Mainstream media’s influence in the coming elections is thinning). More and more candidates are reverting to micro influencer on social media – Youtube, Facebook – doon sila nag iinvest, doon sila lumalabas (that’s where they invest, that’s where they appear), and that is what BBM is doing.They are not specializing in the traditional campaign ads of the traditional ones.” Lingao says. 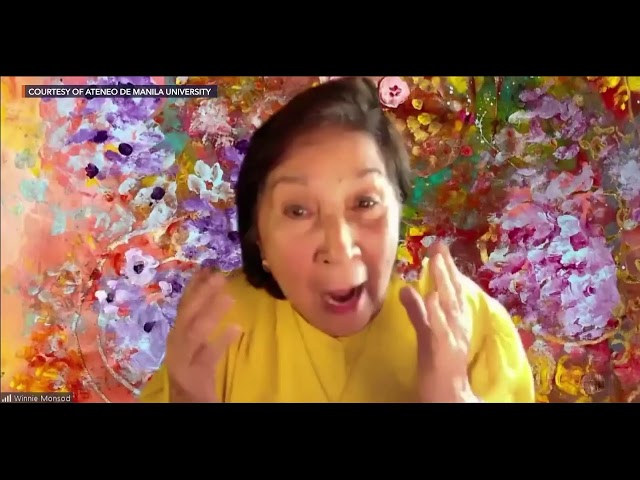 Lingao also says that the shift in engagement and viewership from traditional media to social media is the candidate’s new method. He acknowledged that it is the media’s problem, but pointed out that the public also has a responsibility since the candidates are just following the public’s lead and will go where the public watches more.

Weighing in on what Lingao says, David points out that one of the media’s most obvious shortcomings is its contribution to the ‘idiotization’ of the public, prioritizing entertainment over informative programs.

(There are a lot of intelligent talk shows that are issue-oriented, but they amounted to nothing. For the media companies, it’s a ratings’ game. We have good journalists, but what do they talk about? Demons, pregnant men. Media has become entertainment)

The bishop says forums like the “EDSA on My Mind: Remembering the 1986 People Power Revolution” provide intellectual discourse that could be shown more on television, pointing out that the news in mainstream media leans more on entertainment.

Lingao replies to David that what the bishop mentioned is a never-ending struggle within the industry, one that is difficult to address since there are constant disagreements with different levels of management in media companies on the issue.

“I can’t tell you how many times I thought I would lose my job because of the fighting I have to do in some of my previous network and it’s really difficult. In the end, it’s a daily struggle that we just have to face. And it’s always good to be reminded of feelings because it reminds us of where we need to go and what we need to do.” he says. –Rappler.com