MANILA, Philippines The southwest monsoon affecting the Philippines may be slowly heading away from the Philippines, but the torrential rains brought about by a storm-enhanced monsoon continues to be felt, with the Philippine government reporting 3 dead and 11 hurt as a result of the rains.

Tropical storm Maring (international codename Trami) is expected to continue hovering east of Batanes Tuesday, August 20. This is likely to affect the monsoon over the country, adding to the rains despite no storm warning signals being raised. State weather bureau PAGASA said the storm is forecast to move east at 7km/h.

READ: Evacuation and relief in Marikina

11 people were injured as a result of the rain, while 4 people are reportedly missing:

The weather disturbance has affected at least 31,372 families or 146,444 people across Luzon based on the latest report released by the Department of Social Welfare and Development at 6:00 pm, Monday. 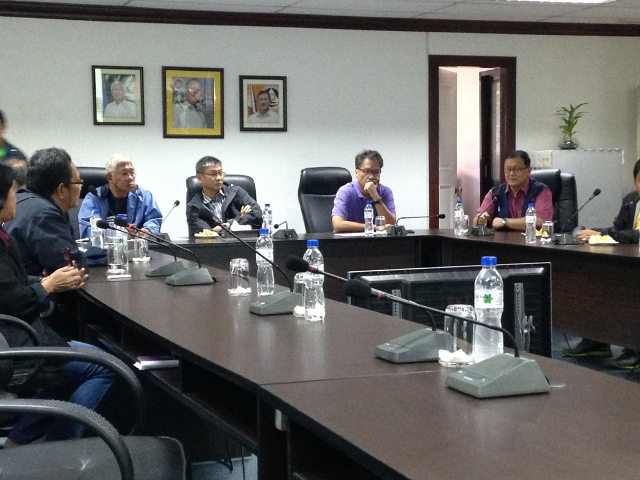 ON ALERT. Government officials remain on alert for more rain and flood.

A state of calamity has been declared in the provinces of Cavite and Laguna, as well as in the Sta Maria and Narvacan municipalities of Ilocos Sur. The Department of Trade and Industry (DTI) has instituted price controls on basic commodities in areas under a state of calamity.

PAGASA has also warned residents of Central Luzon to expect "heavy to intense" rains on Monday evening, August 19, as a result of the storm-enhanced monsoon. NDRRMC chair Eduardo Del Rosario has instructed responders and local authorities in the area to prepare for the possibility of heavy rains as a result and has also said Region 1 and the Cordillera Administrative Region (CAR) are preparing for heavy rains as well.

Relief efforts are underway in some areas, with a list of relief centers accepting donations in cash or goods available at the preceding link. - Rappler.com